He must have one arm amputated, it is painful and getting worse.
Successful 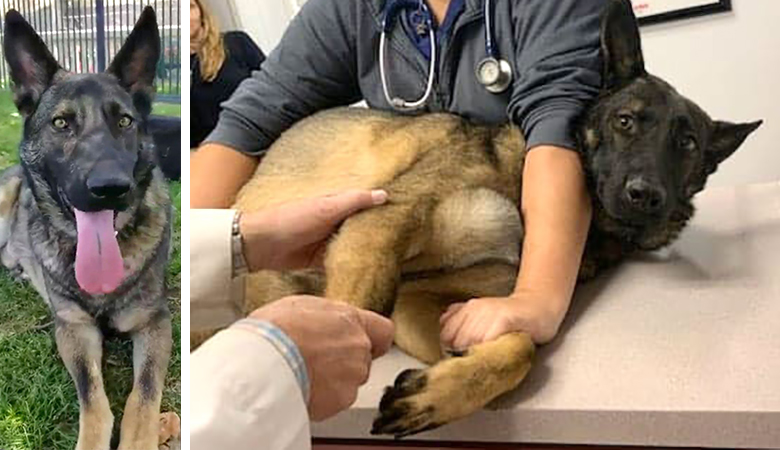 When a puppy his arm was severely injured!

Hunter is a very sweet and active young German Sheppard. But he has one big problem, his bowed and deformed right arm. It is getting worse, and is painful. Now he is developing severe arthritis and it is starting to effect his healthy arm too. 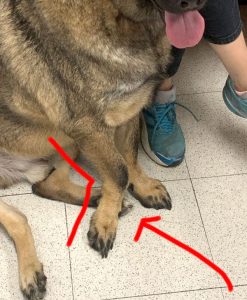 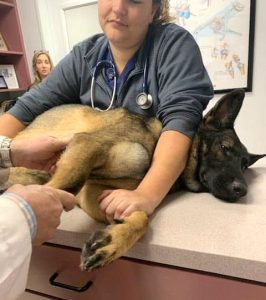 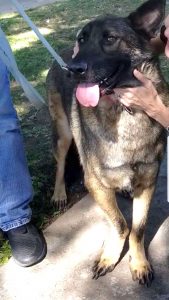 About a year ago Francella Petacccia, a well known cat and dog rescuer, was called about a German Sheppard that had wandered into a yard, and would not leave. The young boy seemed to have something wrong with his leg, and was very skinny.

Francella took him in and got him to the vet. It turned out he had an injury that must have occurred when he was a very young puppy. The growth plate in the bone in his arm had been severely damaged.

If it had been taken care of right away, he might have grown his arm out normally, but nothing was done, and so the bone grew improperly. Now the whole arm is bent and not repairable with surgery. 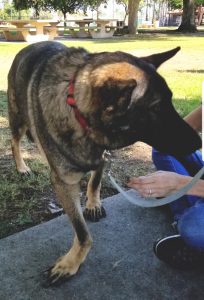 Francella had hoped he could live with it, but in the last few months there have been too many complications, and the vet has finally firmly stated: his arm must be amputated for his overall health and well-being.

This surgery is a bit more complicated than normal, and his is a large dog, so the estimate is over $2000, which is an amount Francella just cannot afford.

Hunter is under 3 years old and can have a long, happy life with three limbs. Let’s help him get the surgery he needs to live a good, pain free life! All donations are for Hunter specifically and paid only to his vet! Thank you.