Not even 2 years old, Aspen needs her second major surgery to continue to walk.
Unsuccessful 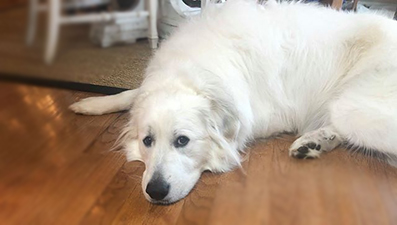 Rescued by Linda’s and her son

Aspen, was a 9 week old pup that needed a fur-ever home. Aspen’s sister was just adopted by Linda’s friend and they told her to go check her out at Petsmart. The sister’s story was they were from a breeder that needed to leave town for a few days and no longer wanted the pups and they were surrendered to the Cherokee Humane Society. 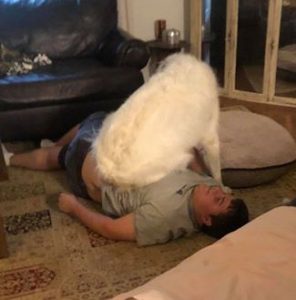 Linda and her son had some experience with Pyrenees before and the bond between Linda’s son and the dog was strong. Linda put her name down on the adopters list due to the popularity of Aspen. However, an hour after they let Petsmart they were told they could adopt Aspen, so the son spent all of his Christmas money on the donation for the dog.

Here is what the vet diagnosed Aspen with shortly after she was adopted to Linda and her son. Shoulder OCD: “Shoulder OCD occurs when a piece of cartilage separates from the underlying bone. … Shoulder OCD in dogs has been demonstrated to be a genetic disease and cannot be caused by diet or exercise although excessive exercise in a dog with untreated shoulder OCD may make the lameness more.” This surgery was about $3700. The vet removed all the extra cartilage in her shoulder. Good news: Aspen healed great Better news: it is very rare for this to come back. 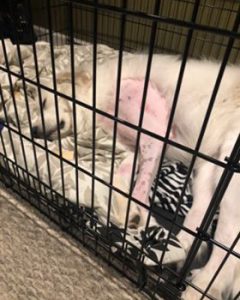 MPL- meaning Aspen’s knee cap will pop in and out of socket. “Medial patellar luxation (MPL) surgery is performed to correct the luxation, or “popping out” of the kneecap (called the patella). A luxating patella is caused by a congenital malformation which creates abnormal forces on the kneecap, causing it to slide out of the groove (called the patellar groove) in which it normally sits. “ 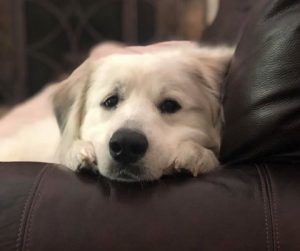 Not only does she need a surgery to correct this issue… her femur is about 10cm too long and the doctor needs to break her bone. The procedure is  femoral osteotomy,” is a surgical procedure that is performed to correct specific deformities of the femur – the long bone in the upper leg – and the hip joint. Orthopedic surgeons perform the operation, which involves cutting the bone, in order to realign it and restore a more normal anatomy, thereby addressing or preventing problems related to the deformity. ”

Surgery isn’t scheduled but the vet says it is important to get the funding sooner rather than later because Aspen could tear another muscle in her leg that would cost more.

There is a good prognosis for Aspen if she gets the surgery. She should be back to running around after her crate rest after the surgery. 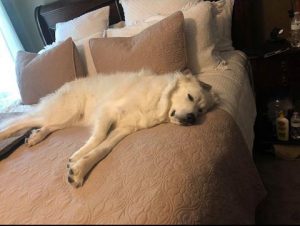 Currently, Aspen is on pain and anti-inflammatory medicines to help her deal with the pain. Aspen knows when to slow down and  how to pop her leg back into place. She isn’t able to run around like a 2 year old pup should be. 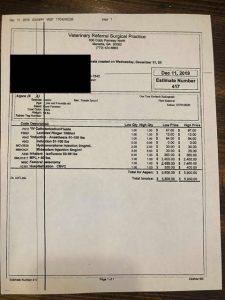 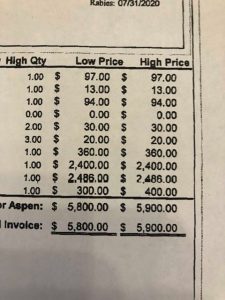 Linda is still paying off the first surgery as well as her own personal surgeries. Her hope is she can get funding for Aspen as soon as possible.