This was a scary rescue!

First, we watched her almost get hit by cars as she crossed the street. Then, just when we had her, she ran into a yard with two pitbulls! 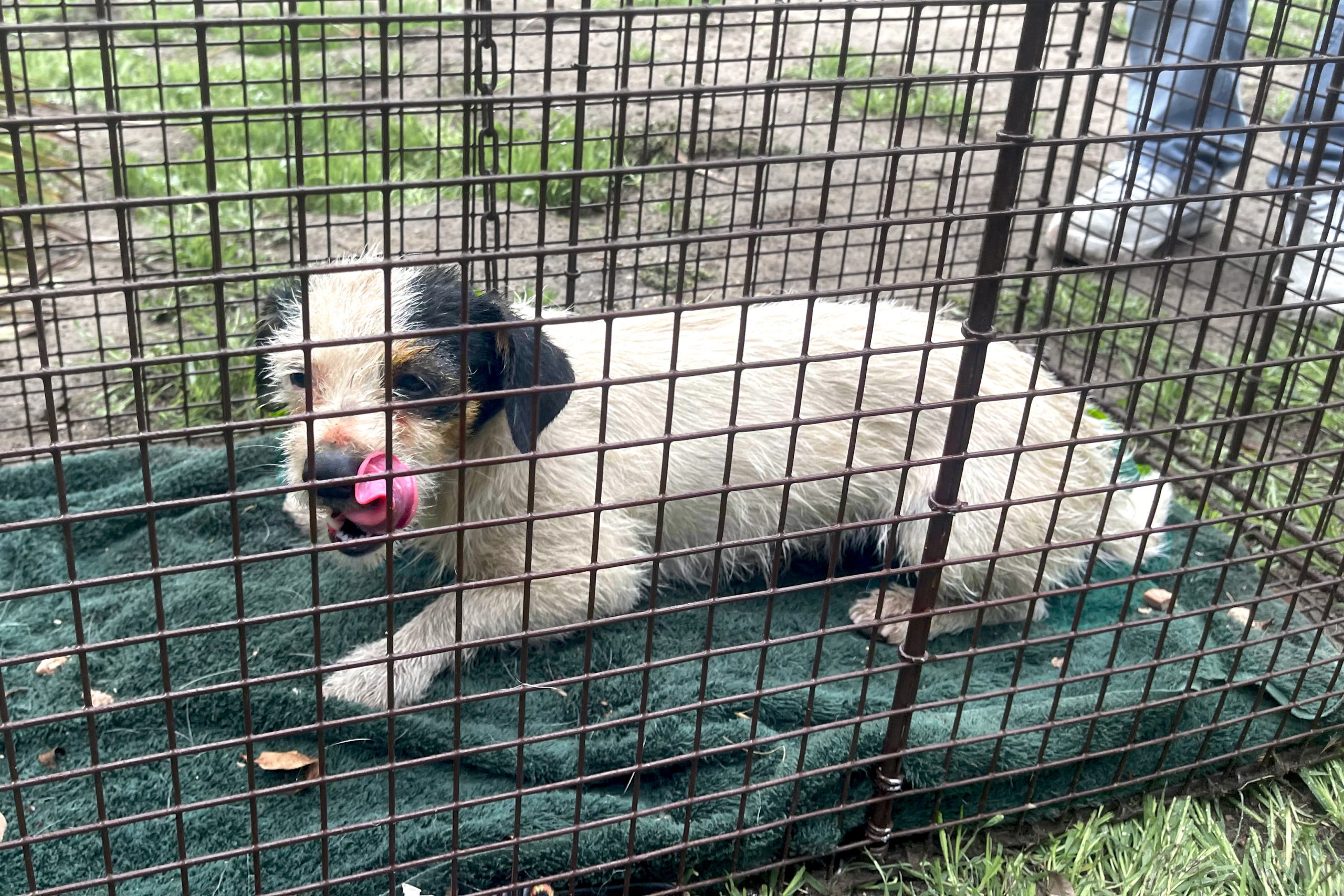 We knew about her for a few weeks, but people in the area told us she has been stray over a year. Had multiple litters of puppies too. She's a good hider, but as the puppies get old enough to walk around, come out of the hiding area, and people would take them. We heard stories of people taking a puppy for a friend or as a gift, but we are pretty sure people took them to sell too.

No one every took her though! And we can tell you one reason: she is hard to catch! 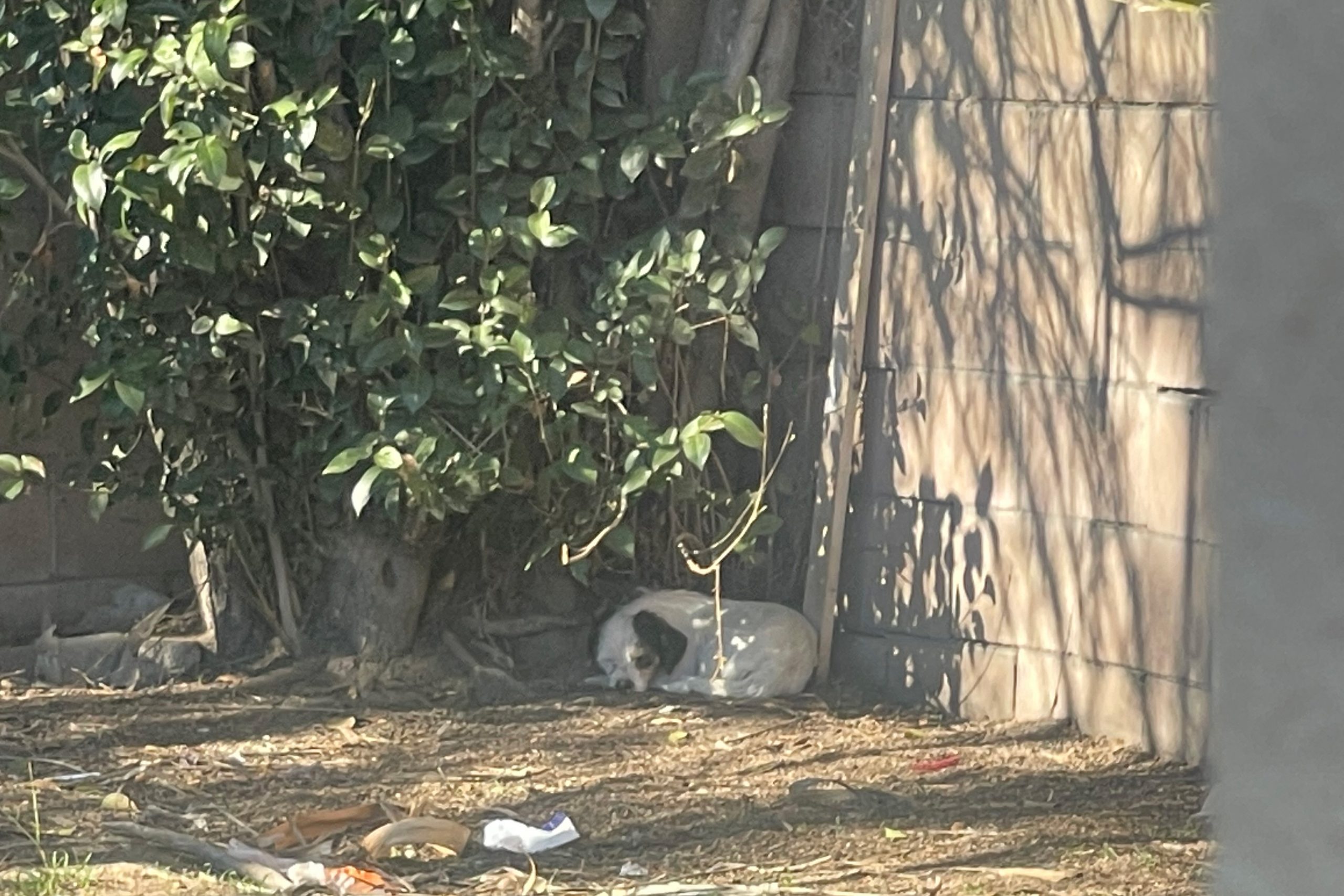 But another interesting thing... Faith Easdale of our rescue team noticed something while doing stake-outs for this little dog. There was a man who would come home late at night, at the same time, probably from work. And when he drove up in his driveway and parked, she would come out and run around him and wag her tail. She never approached anyone else, ever. But she would come to this guy, and he would ignore her and then go in his house.

Faith actually went and knocked on his door, asking if he would help catch her, since she seemed to come up to him. He refused. Claimed he had no idea about the dog, and was busy, etc. etc.... so draw from this what you will.

Finally Faith got some help, and a location!

Terri Alvarez and her son, who proved to be a nimble climber, got the little dog cornered in a very narrow area between a house and the wall around the home. As you can see it was very narrow there, a thin person could barely fit. We sealed up all the exits, climbed the roof and were working on catching her from above when something we had not planned on happened! 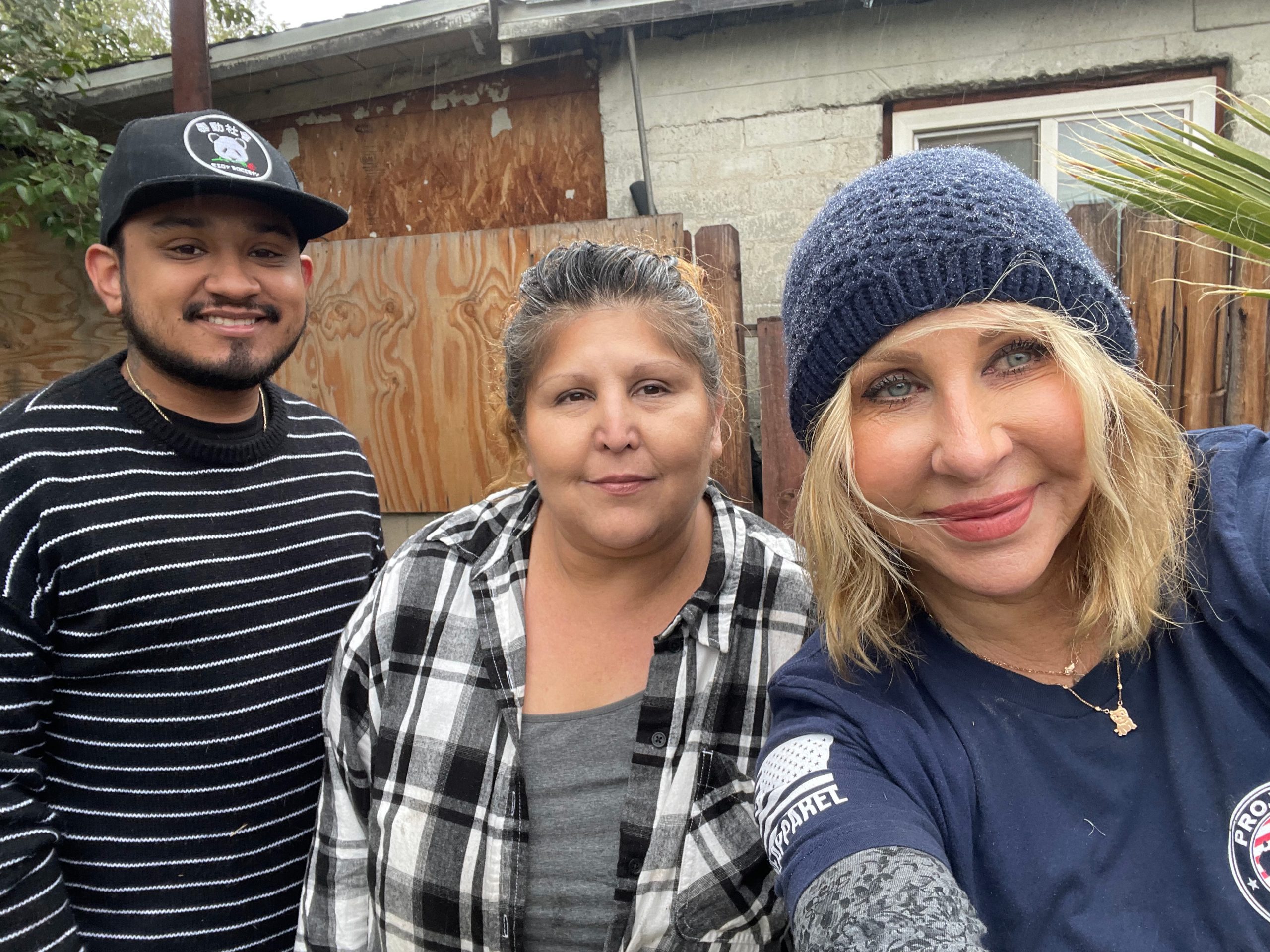 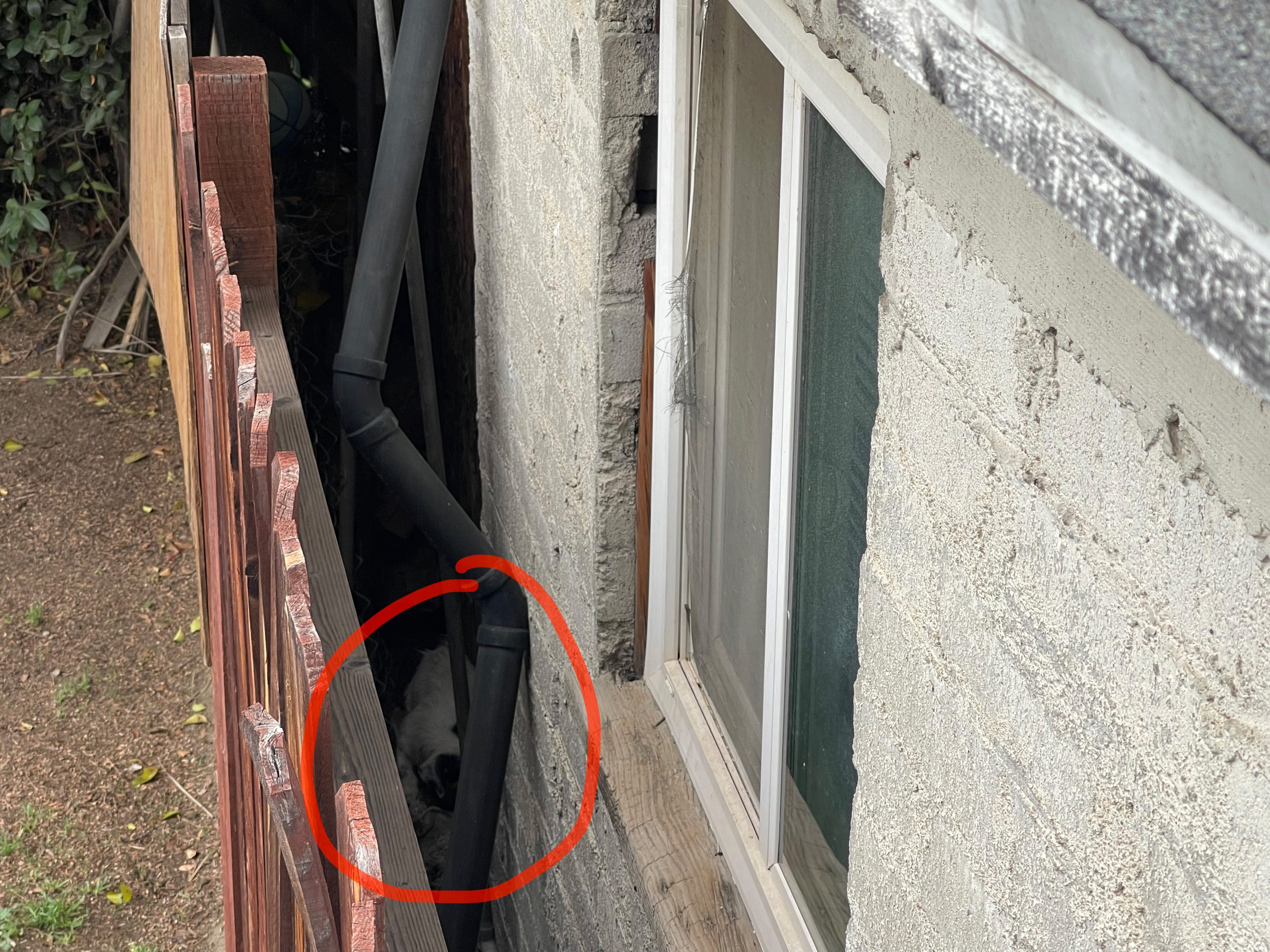 The next door pitbulls, who are attack dogs, had dug a small hole under the wall between the properties. No one had seen it. The little dog darted through it and was now in the pitbulls' yard!

Fortunately their owners were outside watching, and quickly kenneled them, and let us in their yard. A quick jump down from the roof, and a scoop with the net, and we were running out of there, believe me!! 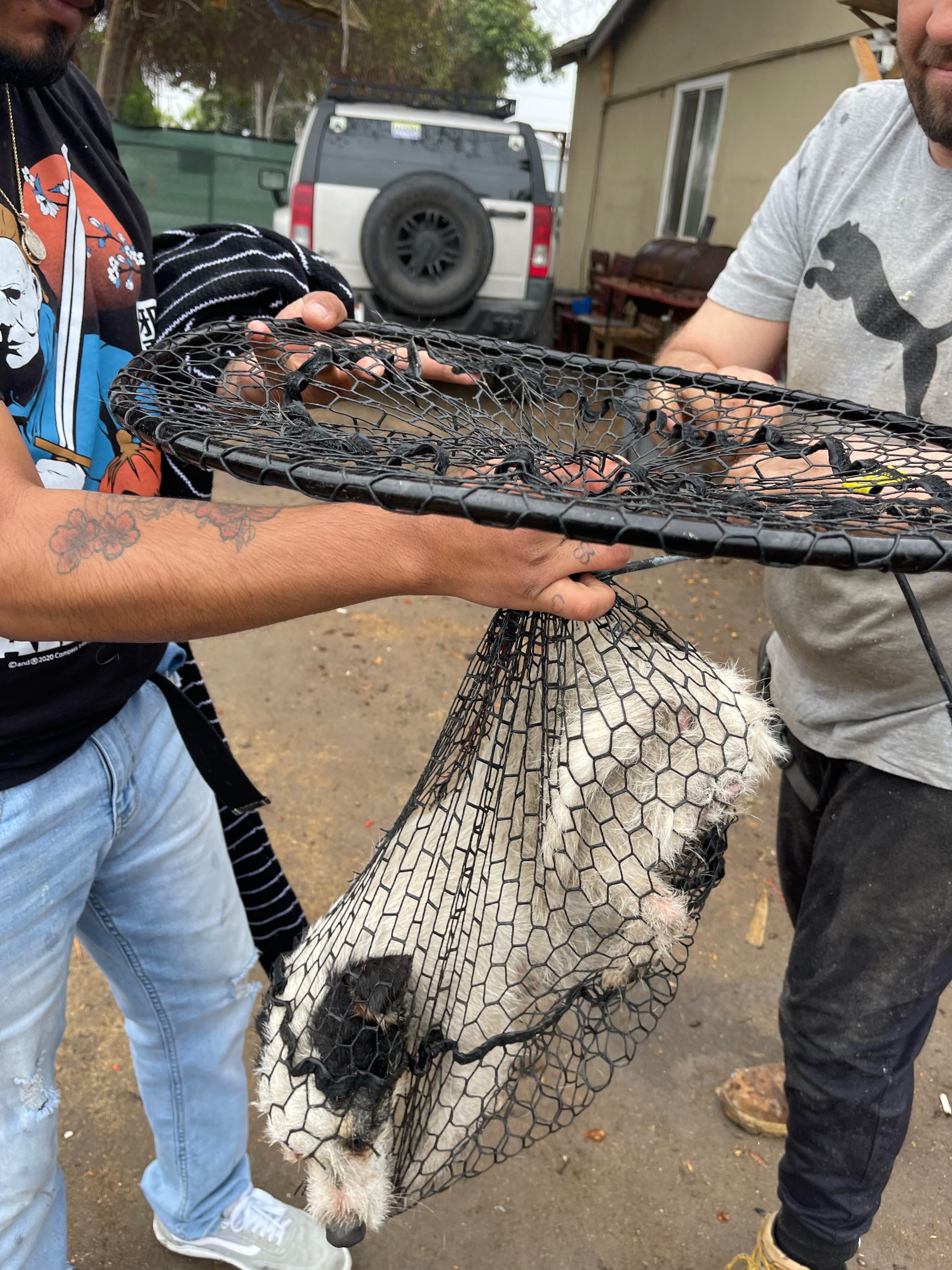 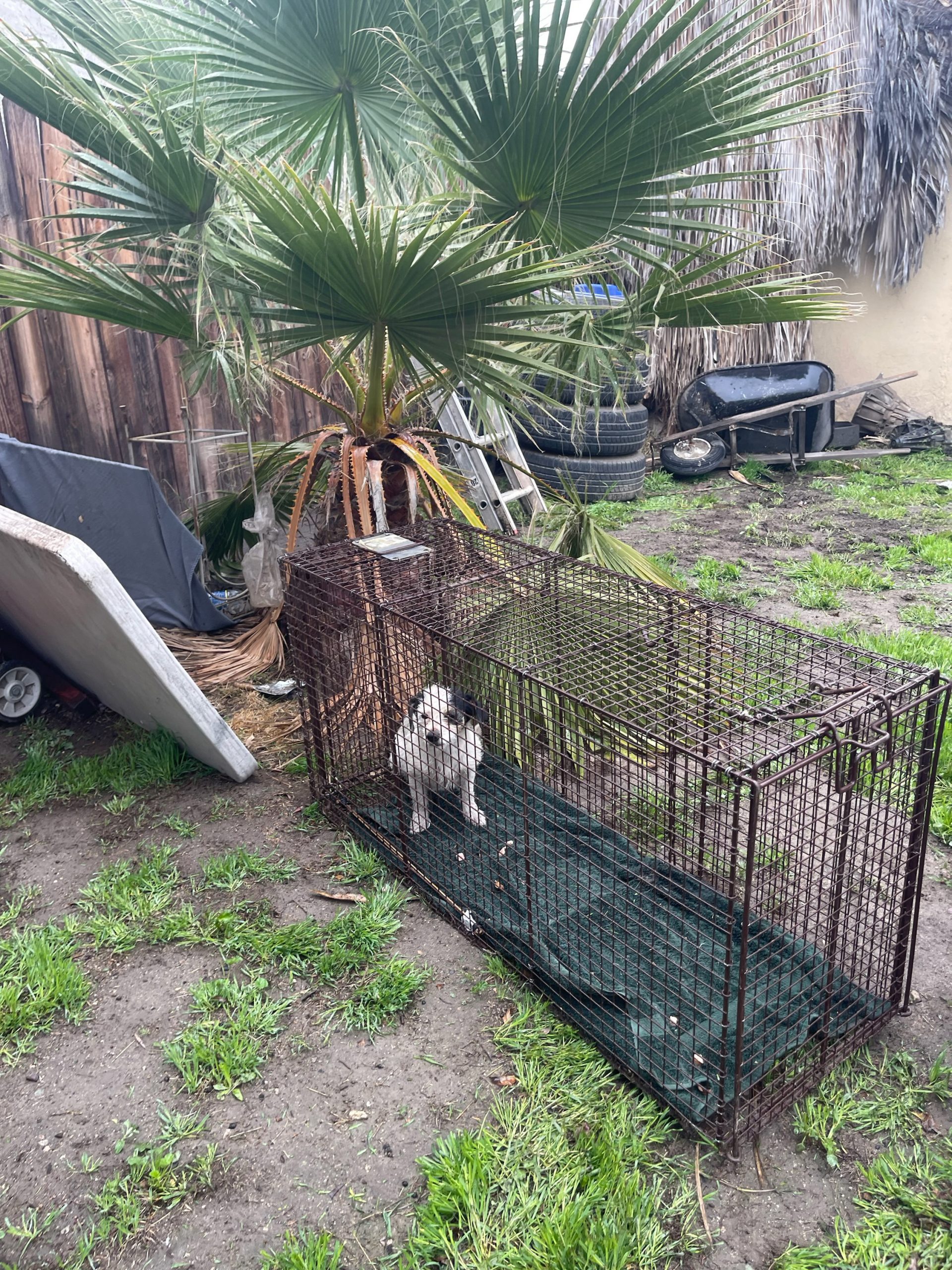 Now she is safe. No more hiding from big dogs, and abusive people. No more dodging cars while crossing the streets looking for food and water. No more having puppies, raising them alone hiding in backyards, only to have people steal them. There is a rescue to take her, but for now Faith Easdale took her home. There Faith can make sure she doesn't escape, while she decompresses, and learns she is safe and can trust people now. No more hiding!

If you prefer to use Venmo, our Venmo is @f-a-d or here is a link: Venmo

Her first night safe, in a warm space: 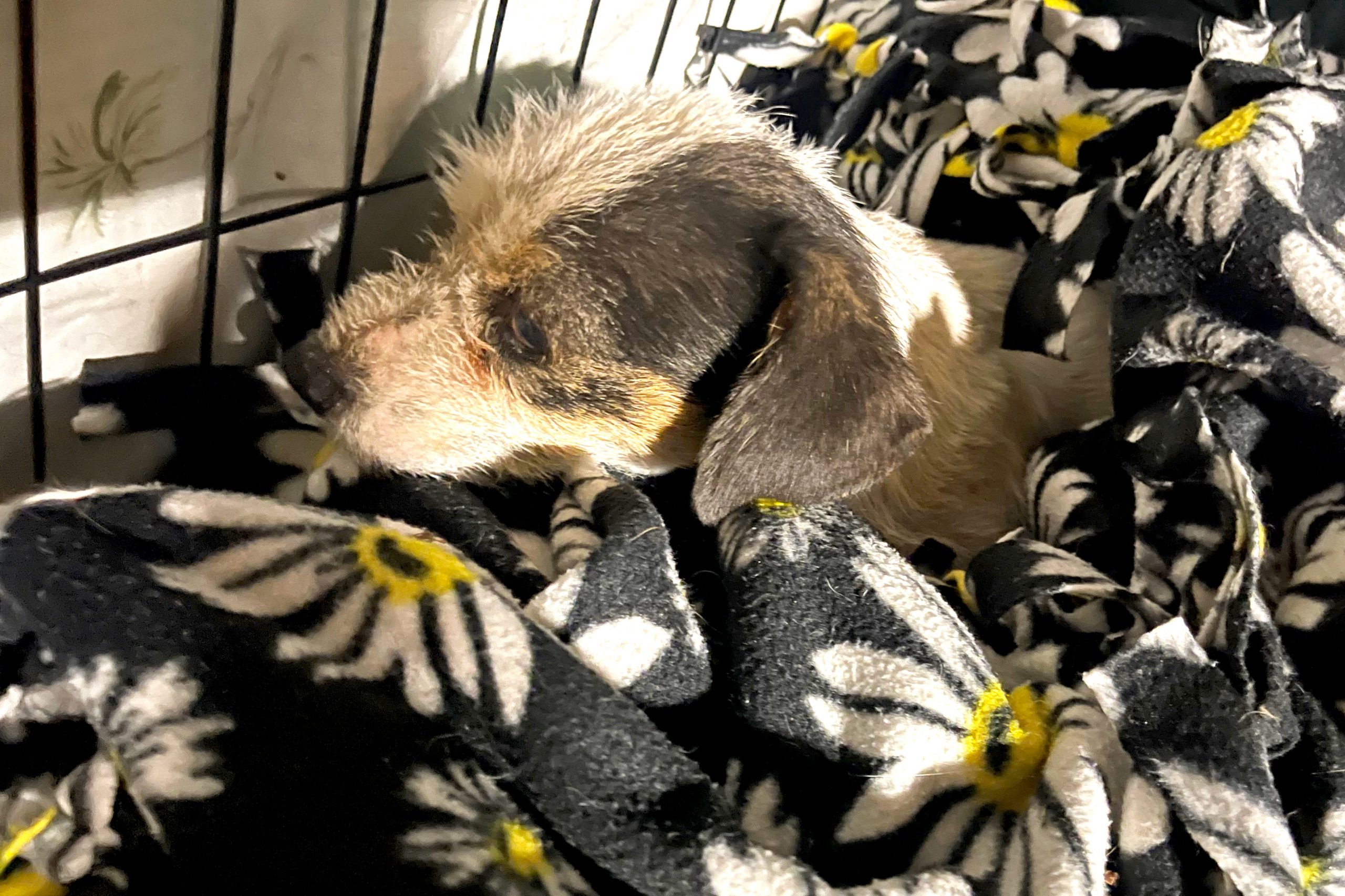