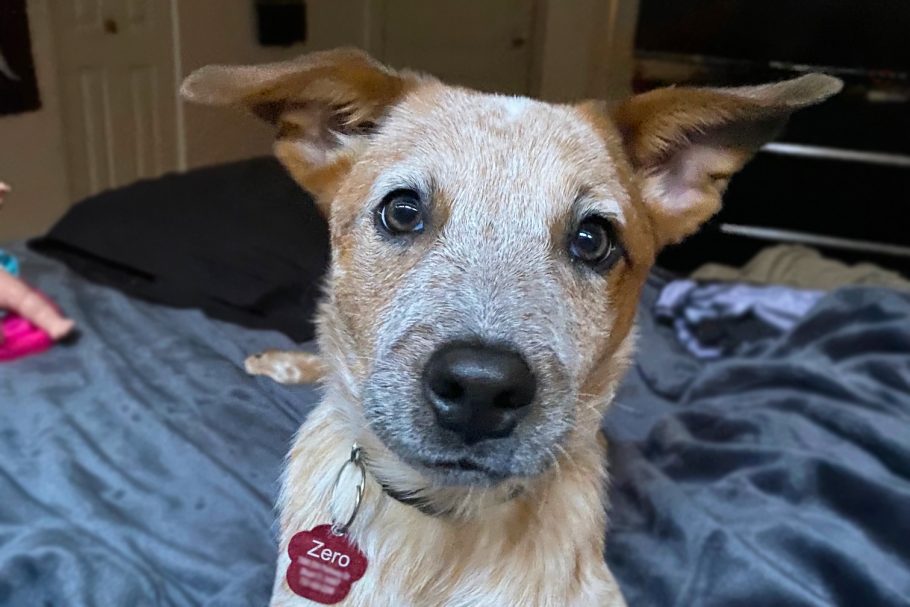 They thought he just had a little heart murmur,

but it turns out it is very serious Pulmonic Stenosis.

Zero’s diagnosis has been confirmed by two Cardiologists, he has a birth-defect in his heart which you can read more about here. The only effective treatment is balloon valvuloplasty, which the doctor is quite hopeful about in Zero’s case. 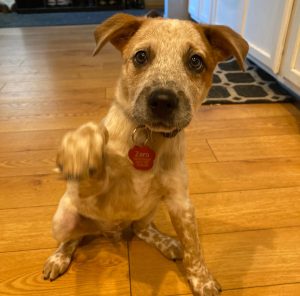 Zero is 6 months old now, adopted by Megan back in November from a rescue. He was part of a litter of puppies from a momma the rescue had taken in. Megan has another dog, Nellie, who she wanted to get a companion for, but Nellie isn’t that great with other dogs. However, then Nellie and Zero met, Nellie got along with Zero right away! 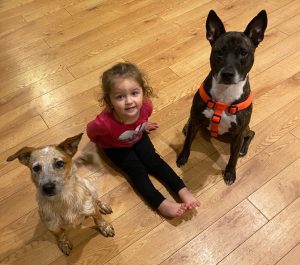 At that time the rescue’s vet had diagnosed Zero with a grade 3 heart-murmur, which is not that bad and usually does not require treatment. If it gets worse, the doctor may prescribe medication when the dog is older, but typically the dog will have a pretty normal life with a grade 3. However, in February further checking revealed that Zero had a more serious condition, this was also probably more detectible as he was older. He does have a murmur, but it is caused by the Pulmonic Stenosis, which must be treated with surgery, or his heart will fail, and Zero will die. 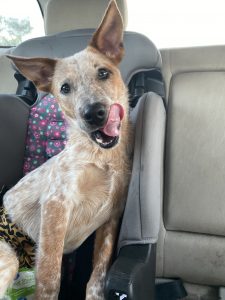 Megan has already spent about $1500 on getting Zero treatments and testing up to now, and verifying his diagnosis with a second opinion. She is a Vet Technician, and got discounts on this, as well has on Zero’s heart procedure, but still it is a lot of money for a single mother with a two year-old daughter. 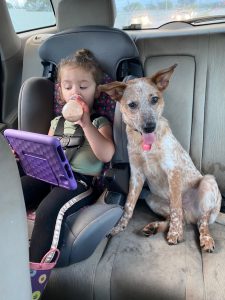 Megan was only approved for $500 from Care Credit and has used that up already. Though she is employed she does not yet have a full-time schedule, and just does not have money available right now. All donations here are only paid directly to the cardiologist for Zero’s balloon valvuloplasty and hospitalization. This little rescue guy found himself a great home, and has an owner that knows how to care for him with his condition, he just doesn’t have all the money to pay for his procedure! Let’s fix that!! Can you help Zero get his heart procedure today? 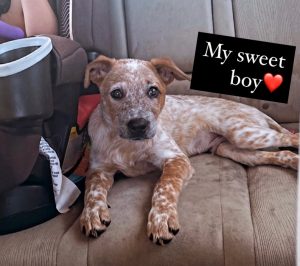 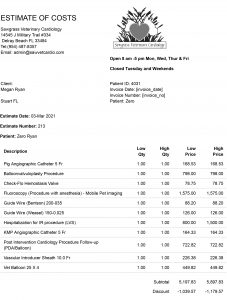