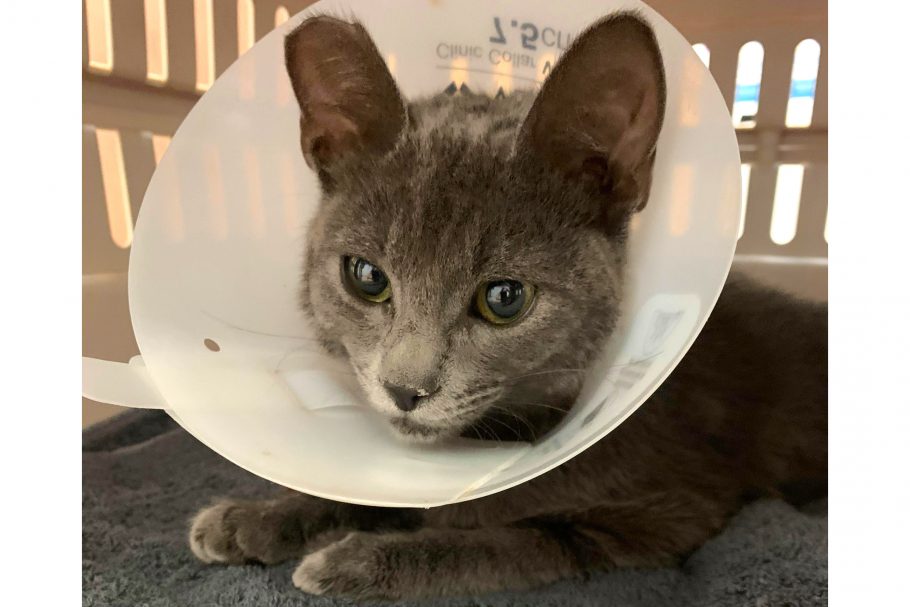 Poor little kitten was probably hit by a car, or a similar traumatic event.

Hips are not in the proper orientation, needs surgery.

Miriam feeds stray cats and does TNR (Trap, Neuter, Release). About a month ago while she was checking on stray cats in Riverside, California, she saw this young cat, under 6 months of age. As far as she knew, none of the other cats had been pregnant recently, and there were no other cats his age in the group. Miriam managed to get him, and named him “Wonder Twin”. 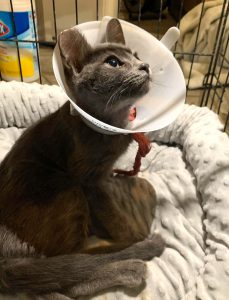 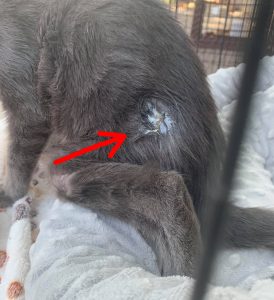 She took him home, and noticed he had a weird scar/wound on his left hip, and walked funny. She took him to the vet, and the doctor said it was probably an old injury, healed now, and nothing could be done. She didn’t like this diagnosis, and a short time later took him to another vet, Valley Animal Hospital.

The doctor there believes Wonder Twin was injured, probably hit by a car, but that the twisted hips are causing displacement of internal organs. He is hopeful that he can perform a quick procedure to move the internal organ off of the bones, that will allow for proper development (Wonder Twin is still young), and help improve his ability to walk! 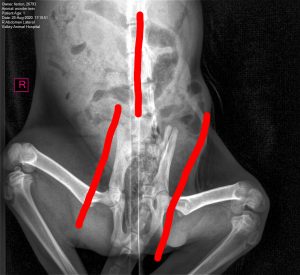 Miriam has decided to adopt Wonder Twin, so he has a safe home. Can you help him get the surgery he needs to live a normal, and healthy life!? 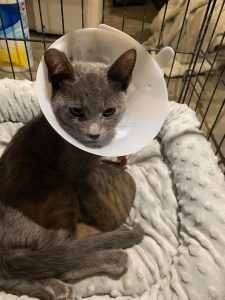