Trouble breathing is getting worse! Wilbur had to go the ER and spend a 24 hours in an oxygen tank recently.
Ended 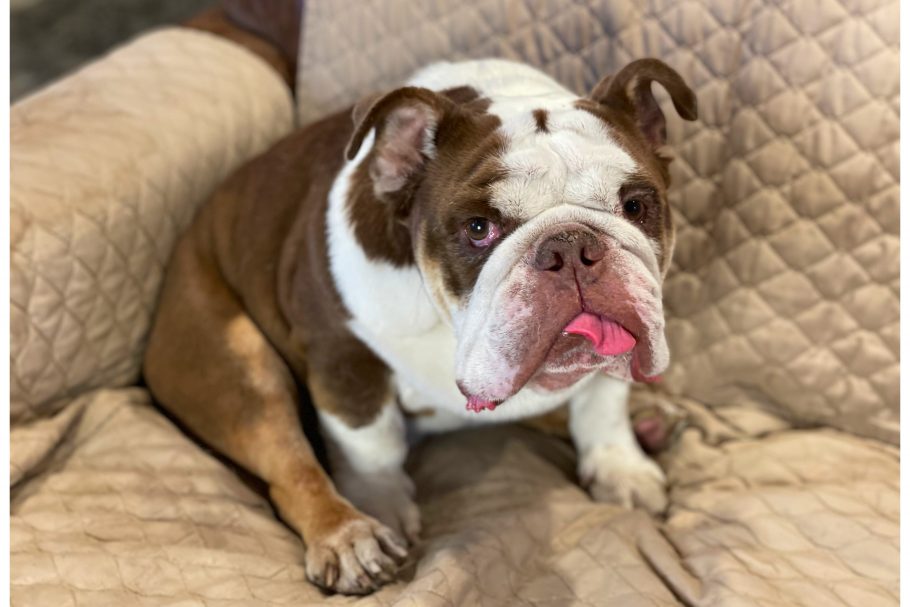 This campaign ended 6 months ago
Time left to donate

Update 8/2/22: Sadly, while at the doctor today, Wilbur’s condition got much worse. He could not breathe, with other complications. The doctor intubated him (put in a breathing tube), but on thorough examination recommended euthanasia. Due to complications it was unlikely surgery could ever been performed. All donations have been refunded.

Wilbur even had to go to the ER!

Wilbur has a birth defect, where tissue in his nose gets inflamed and blocks his breathing. We’ve seen it a number of times, that when young it is not too bad, and often owners just think it is the snorting common to these “smush-faced” breeds, but as the dog gets to be 3, 4 and 5 years old, the problem worsens, and even becomes deadly. 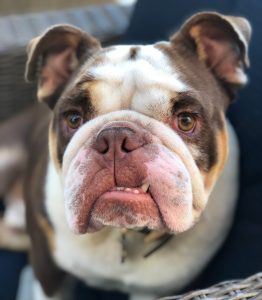 Wilbur’s big scare came in March of this year while his owner Holly was out of town. Wilbur was having so much trouble breathing he had to go to the emergency vet, and was even put in an oxygen tank! Below is video of him being released from the hospital:

Holly got Wilbur from a rescue in 2017. He was part of a group of 78 dogs, yes SEVENTY-EIGHT!, at an illegal puppy-mill right in Los Angeles, California. These poor pups were in horrible condition. To this day Wilbur is very sensitive to anything on his feet, and his paws are pink, not black. Why? Because as a puppy he stood for weeks, or longer, in a pool of urine in a small cage. The ammonia in the urine burned his paws, permanently.

Fortunately this puppy-mill was raided by the authorities and shut-down. And fortunately Wilbur got adopted by Holly and her son James (pictured below) who has become his best friend 🙂 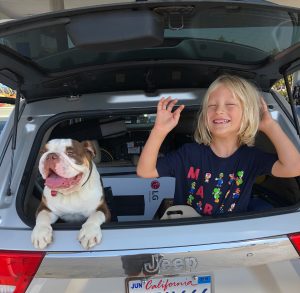 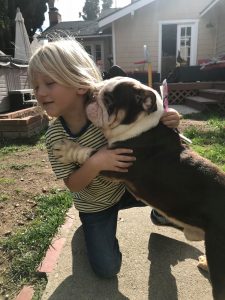 Wilbur can no longer do anything fun. Doctor’s orders: No playing, no running, no exercising! Because, if he gets too excited, and starts breathing too hard, is nose will effectively seal-up! It’s a really perverse condition, where the more you need to breathe, the harder it becomes… and he has already crashed once. 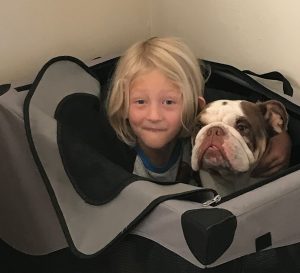 Holly is now a single-mom, having gotten divorced since adopting Wilbur. She spent $1800 on his first emergency stay, and he had a $500 relapse in May. The speciality hospital has given her a HUGE estimate over $6000 for corrective surgery, but we have been working on an alternative vet, and hope to get it done for under $2000. For now we are showing the first, larger estimate. Once Wilbur has his second exam at the new vet we will update with that estimate… we know this vet and have a reasonable expectation it will be much cheaper. 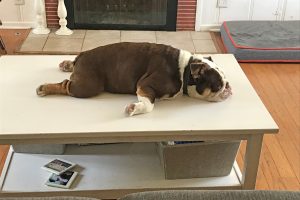 As always, all donations are for the animal listed, in this case Wilbur, and are ONLY PAID TO THE VETERINARIAN, not the owner. If you can help with rescued Bulldog get the life saving surgery he needs to breathe normally, please consider a donation today! 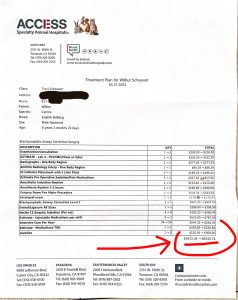