Just a year old and hit by a car, Waffles has extensive injuries. 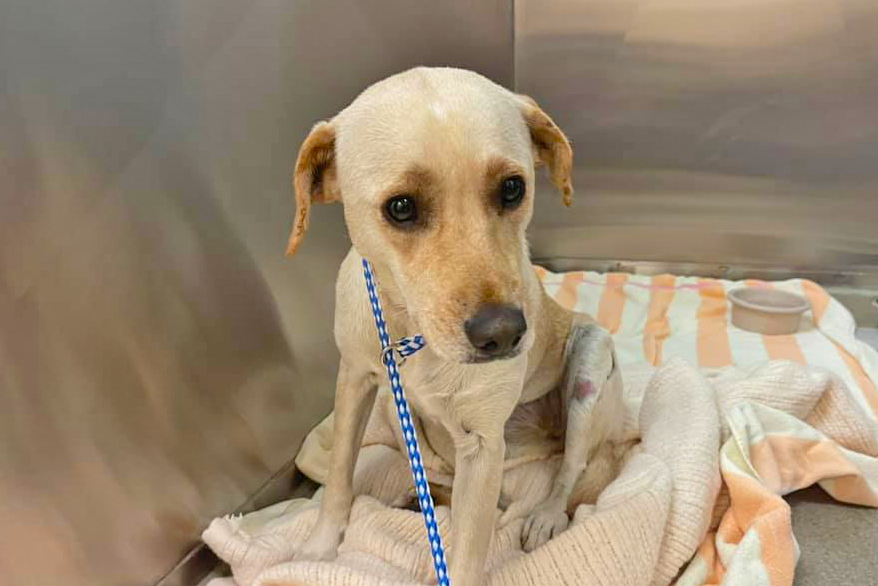 and the shelter is full!

Waffles was found in the parking lot of a dog boarding facility Tuesday morning. She was not from the facility, and was injured and barely standing when found. Most likely someone “dumped” her there. The facility called animal control who got Waffles to a veterinary clinic they contract with. She has broken bones consistent with being hit by car, a broken pelvis and femur, with other damage. 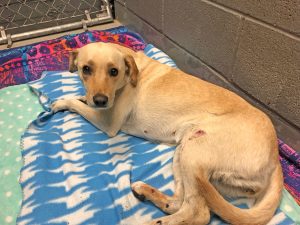 Waffles needs an orthopedic (bone) surgeon. The vet clinic that animal control took her to can give her some pain medications and stabilize her to prevent shock, but that is about it. Fortunately the animal control officer knew of Faith Easdale with Dream Fetchers Project Rescue, and asked Faith if she could take Waffles and get her surgery. 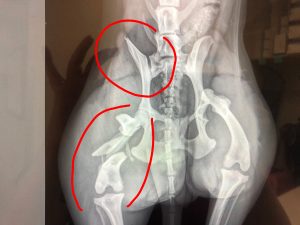 Faith was able to arrange transportation and surgery for Waffles, which will be at Animal Orthopedic Center in Anaheim. Those that followed the case of Baby Bailey might note that this is the same orthopedist that treated Bailey’s jaw quite successfully! 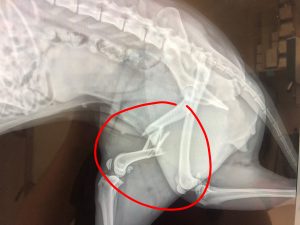 Waffles is just about one year old, and the surgeon thinks he can save her leg. This is not cheap. The procedure will be extensive and probably require multiple implants. The estimated cost is over $6000.00.

All donations are for Dream Fetchers Project Rescue, a 501c3 non-profit. If you can donate to help with Waffles surgery, please make a donation today! Thank you. 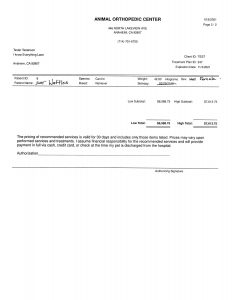