Attacked now Vinny has a broken jaw and multiple wounds on his face.
Unsuccessful 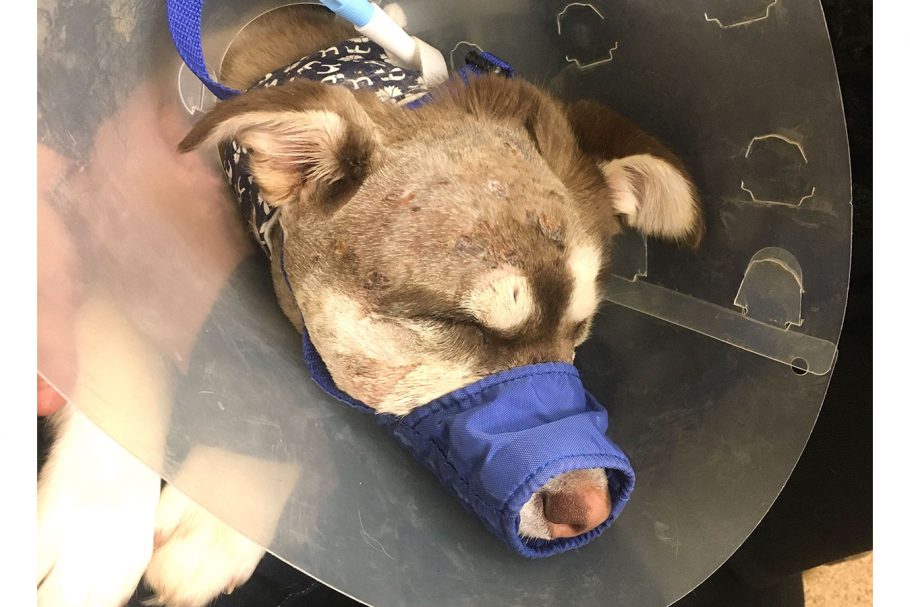 Attacked by an unknown wild animal 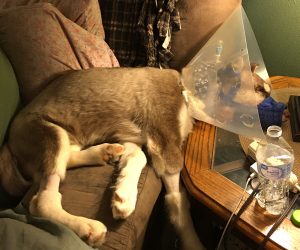 Lisa was vacuuming the house while her two pups were outside playing in the snow. Suddenly, she heard one of the dogs barking.  She went outside but didn’t see anything, the motion light hadn’t gone on but she could hear her dog barking. She went out a little further and saw that her white husky was nudging Vinny. Vinny was laying down lifeless  in red snow.

Vinny wasn’t moving but making a gurgling noises. She raced Vinny to the local vet. The local vet tried to stop the bleeding but didn’t feel like they were equipped with the right tools. Lisa had to drive two hours to bring Vinny to a specialist.

Vinny was immediately sedated and examined. The source of the bleeding was found and addressed. Vinny’s diagnosis was a broken mandible (jaw) and lacerations around his neck and mouth.

Vinny when a puppy 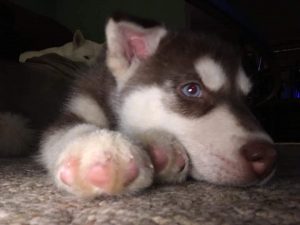 In our experience coyote (or other wild dog) attacks often result in a broken jaw, so we can guess it was this type of animal that attack Vinny, but we cannot say for sure.

Currently, Vinny is on four types of medicine and has a muzzle cast on his mouth. Vinny also has a feeding tube and being fed every 4-6 hours. You can see the tube in the photo below: 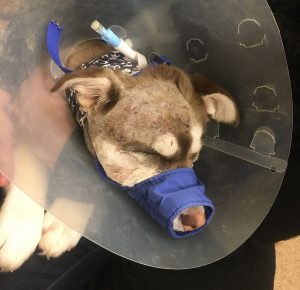 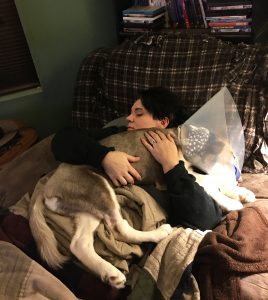 Vinny was a Christmas present for Lisa’s, children. Lisa is a single mother of two that just wanted a new pup for her kid and another playmate for her current dog.  Lisa’s son has diabetes and with the new year the price for medicine is high leaving very little money left for this emergency.

As a downloadable PDF File: imp598F 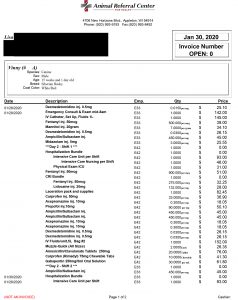