Liver failure! It is due to her gall-bladder, and surgery on the gall-bladder will save her liver!
Successful 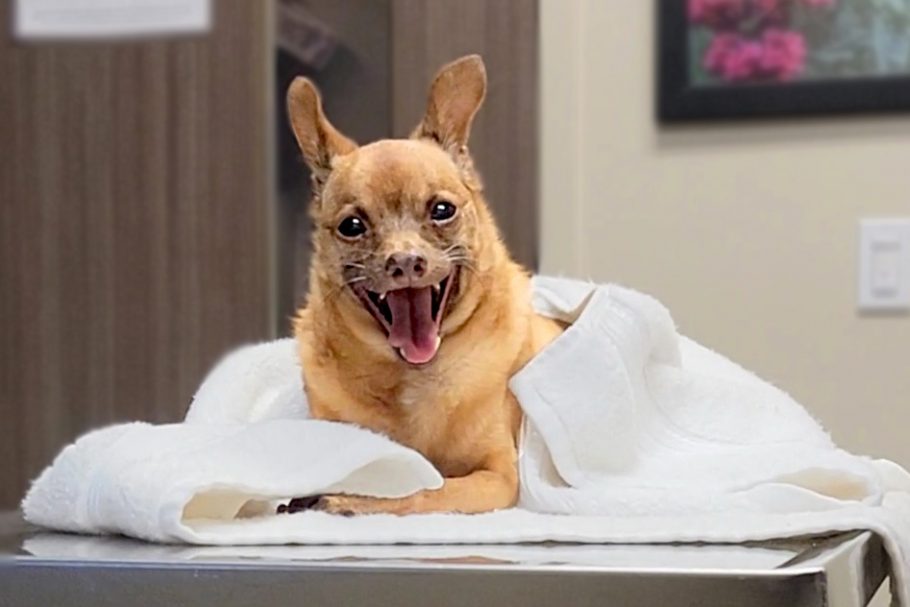 This little girl has liver failure,

but it can be reversed with surgery!

Toffee is 10 years old, and started acting very ill on Christmas. That evening she threw up blood. It looked pretty bad at first. But she drank some water, and then threw up normally. It was Christmas night and there was really no where to take her, and on Monday she was acting much better. But she was still not eating right, so Francella (her owner) got her into her vet. 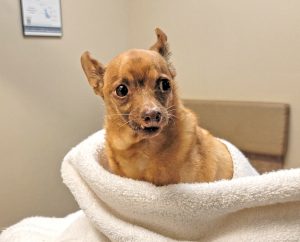 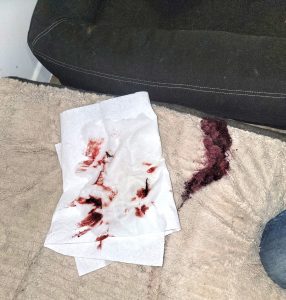 There the doctor noticed that her eyes appeared a little yellow, a sign of liver issues. They did blood tests, and everything was normal except the liver results, they indicated a serious problem. That led to an ultrasound, and the final diagnosis.

Toffee has a swollen gallbladder, it is not releasing bile, which helps the liver work. The doctor needs to get in there and remove it. Her gallbladder will keep swelling and will burst, killing Toffee. Dogs can live without their gallbladder (just like people can), though it will require special diet and medications. 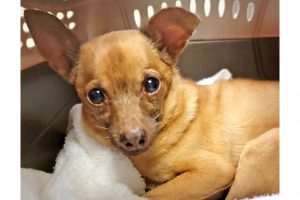 Francella is a well known animal rescuer southern California. She rescues dogs and cats, and fosters them as well. Francella has helped many rescues, and does her own rescue work. And, as such, money is always tight. She simply does not have the $2000-$3000 that Toffee will need for this procedure! 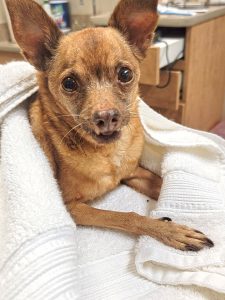 Toffee was in the Carson animal shelter 5 years ago, and that is where Francella got her from. She had gone to the shelter helping to looking for a lost dog, and saw Toffee there, who needed rescue. All donations for Toffee here are for her, and not paid to Francella. Donations go to the veterinarian for the procedure. 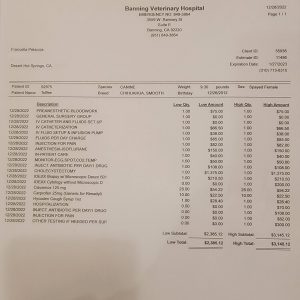 More tests and a second opinion have changed what Toffee needs. Medication has got her gallbladder unblocked, and her liver function is acceptable. The doctor now wants to remove a tumor and fix a dental issue, that he says may be contributing to her other issues as well. We have paid for these second opinions, and tests, and here is the new, much lower estimate for Toffee: 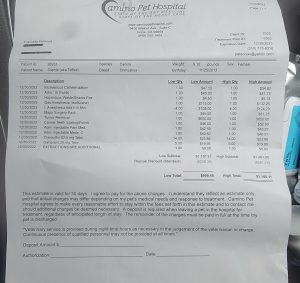 We are waiting on test results that should come in by Jan 16th. Toffee may not need the surgery, but a different treatment. Update soon!