Rescuers need to get 30+ kitties medical care, from a hoarding situation.
Successful 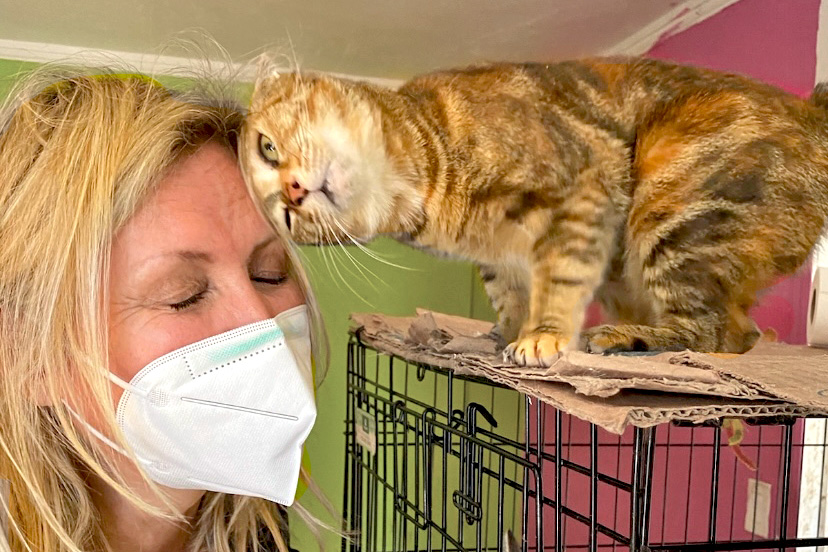 About 15 cats with dental issues,

another 15 at least need basic vetting.

Let’s make it a happy New Year, a truly new chance for these kitties!

At the beginning of this year Ronnie Krokdal became aware of a hoarding type situation in the Los Angeles area. Ronnie is an independent rescuer, meaning she is active in the rescue community, but does not run her own rescue. 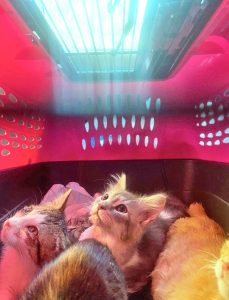 There were many cats in a home, a “rescue-gone-bad” situation. The people there had started rescuing street cats and finding them homes, but it had gotten out of control. They had thought a number of the cats were adopted, but they were returned unexpectedly… when they had just taken in more strays.  And then one of the people there was in a car accident and hospitalized for some time. They had gotten in way over their heads, and had no means to get out of the situation.

Ronnie documented every cat, with records and info, samples: 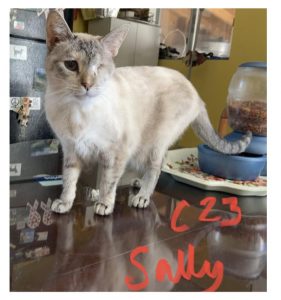 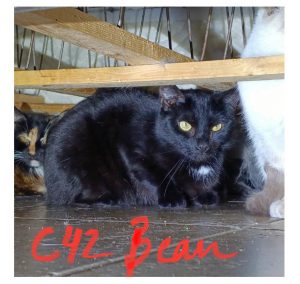 Ronnie organized various cat rescue groups to aid in relocating the cats. She got an RVT (vet technician) to come to the location and administer vaccines and medications. Many of the cats had “kennel cough”, an upper respiratory infection often seen in situations where many animals are together in an enclosed area, and they were all treated for this. The cat at the beginning of the video above is one such case.

Example of the dental issues: 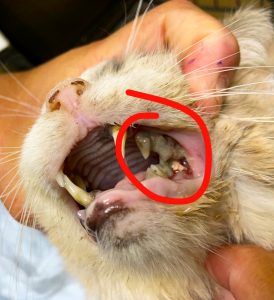 Over time Ronnie, working with multiple rescue groups, has gotten well over half of the cats removed and safe. Now about 30 remain. Many of these 30 have severe dental problems, and need dental surgery. The others have some other health issues and need some further medications and care. Ronnie has arranged a veterinarian, at a very good price, for this work. Then the kitties can go to rescues, and finally get good homes! 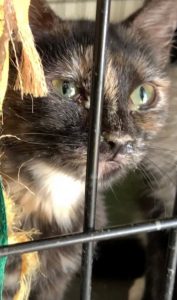 What is needed now is funding for these 30 cats to get the treatment they need. It is approximately $500 per cat for the ones that need dental work, and about $250 per cat for those that do not. So we have a rough estimate of $11,250 to get these 30 taken care of and off to safe rescues and then adopted to homes! 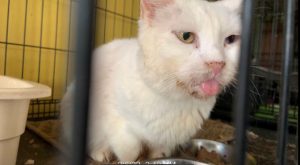 All donations are going through Free Animal Doctor, a 501c3 non-profit, and will be held by us and paid out only to the veterinarian. Below is a previous bill for a cat that had dental work and vetting at the clinic we plan to use, to give you an idea of the pricing. 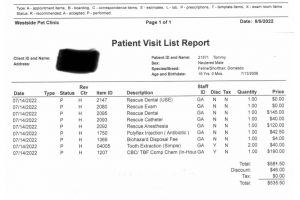 Ronnie would love to get all these kitties happy and healthy for the New Year, so they can get into safe rescues and then adopted. Let’s make 2023 a better year for these kitties!

Interested in adopting one of these kitties?? Here is a list with adoption information: Available Cats For Adoption