Ugly mouth tumor has to be removed urgently for this poor little guy!
Successful 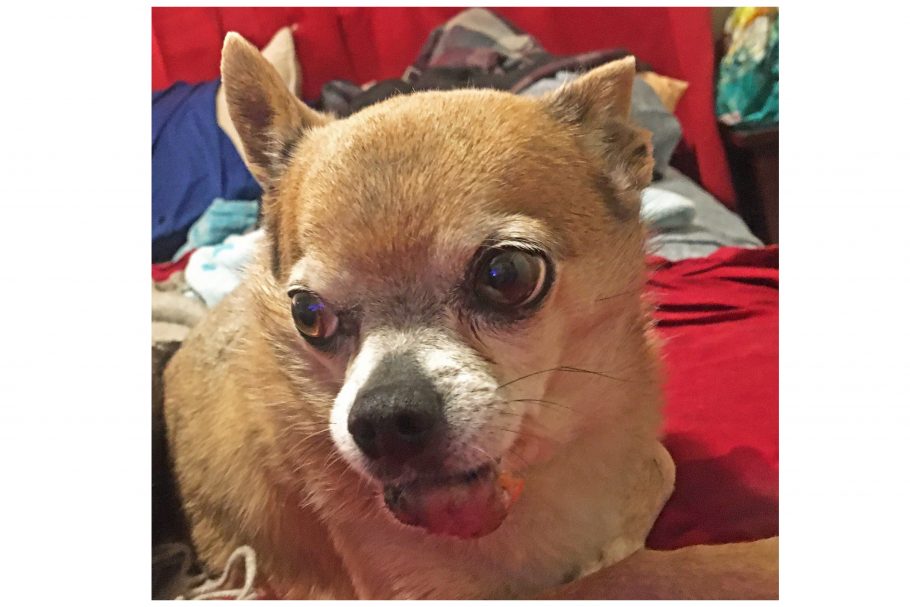 The first vet sent him home,

Fortunately, Sylvester’s owner Tina heard of Doctor Gary Adams at Westside Pet Clinic from a friend, and took Sylvester there for a second opinion. 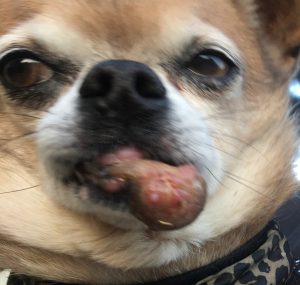 You can pretty much tell what the problem is, this nasty growth on Sylvester’s mouth! It started growing in March, and got bad quickly. Sylvester has also had an off and on again fever, and his appetite has not been good. Doctor Adams wants to remove the mass, have it tested, and also remove a few bad teeth. 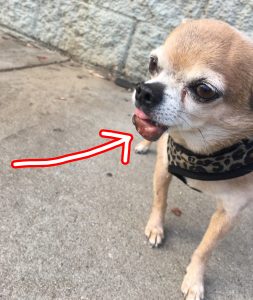 This little Chihuahua bro was found stray by a neighbor of Tina’s about four years-ago. Tina adopted him and named him Sylvester. He’s been healthy until this situation. The first vet she took him to charged her nearly $200, and sent her home with no treatment, basically saying there was nothing that could be done. 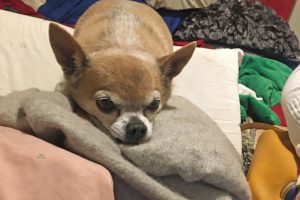 Tina is a retired Army veteran, with a small pension. With her fixed income she has no extra money at the end of the month to save up, so spending that $200 at the first vet was a lot for her. The estimate for Sylvester’s surgery is about $1700, which is just an amount she does not have, and cannot save up for. All donations for Sylvester are only for him, and we only will pay them Westside Pet Clinic directly when the surgery is performed! 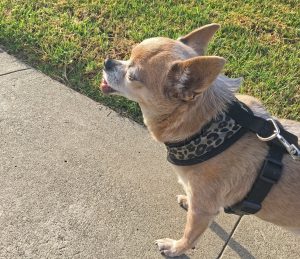 If you would like to help Sylvester, please donate in confidence: Your donation will be used for his surgery, and if the surgery does not happen, it will be refunded to you. Thank you!! 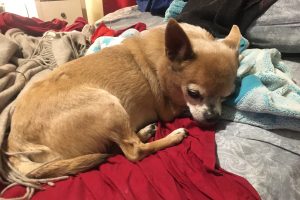