Family dog diagnosed with an autoimmune disease (IMPA), after spending thousands on the diagnosis the family needs help paying for the medicine and the check up test.
Successful 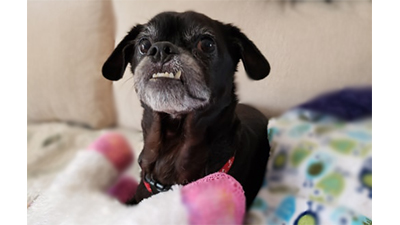 [Spankys story told by his family]

Spanky has always been a relatively healthy dog. He did have a rough start in 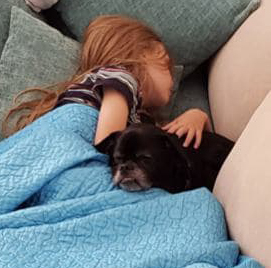 life. My grandma adopted him when he was 8 weeks old and only weighed 4 pounds. He was extremely sick and my grandma nursed him back to health. She had adopted him from a rescue and was told Spanky was a “pure bred pug”. When he was a puppy, he had a flat face like a pug but suddenly began to GROW AND GROW! Before we knew it Spanky had a snout with an under bite and weighed in at 25 pounds! Spanky is a very unique dog. My grandma took Spanky EVERYWHERE she went and he’s a big people pleaser and loves kids and people!

Unfortunately, my grandma unexpectedly died a year later of blood poisoning and my entire family was left completely devastated and heartbroken. My grandma was only 64 years old and a healthy active person. With my grandma passing away, Spanky became our entire family’s dog. He lives fulltime with my mom in Huntington Beach but you can ask any of my family and everyone will tell you Spanky is part of everyone’s heart. He is the only piece of my grandma we have left. He actually survived a house fire in 2014 where my childhood home including all of my grandmas’ belongings were destroyed. It’s safe to say our family would do anything for Spanky. 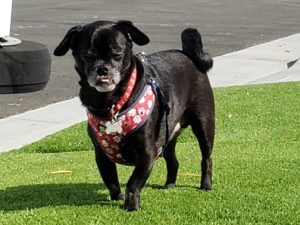 [How it all started]

About two weeks ago Spanky became extremely ill and lethargic. We battled for Spankys life at our local vet for 2 weeks straight. He completely stopped eating and drinking, he lost almost 10 pounds, he couldn’t walk. There was one day where I didn’t think we were coming home with him. Our regular vet was running out of ideas and we were running out of money.

FINALLY THE FAMILIES PRAYERS WERE ANSWERED AND A DIAGNOSIS WAS FOUND!! 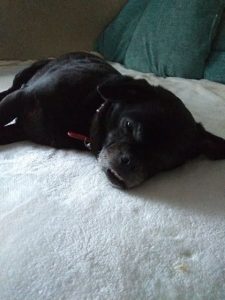 The vet explained that 50% of IMPA cases can go into remission and 50% of cases never clear up.

She explained the protocol for this is to keep him on the 2 autoimmune suppressant medications for 3-4 weeks and then retest his joint fluids to insure the white blood cells are no longer attacking his joints.

If test results come back good, at that point they begin to taper off medication to see if he stays in remission. If he gets sick again and relapses. This is an indicator that he will have to be on the immune suppressant medication long term.

Click the blue links to see the vet estimate for the medication and the retesting:

Just a little info on IMPA in dogs:

Immune mediated polyarthritis (IMPA) is a disease in which the immune system mounts an inflammatory response within the joints, causing pain, swelling and difficulty walking. In IMPA, the immune system is inappropriately activated to send white blood cells to the joints. The white blood cells release chemicals and enzymes into the fluid that bathes the joints, disrupting the protective function of this fluid. A diagnosis of IMPA is made after the veterinarian is certain that there is not an underlying infection or cancer that may have triggered swelling in the joints. Because the white blood cells are attacking the joints inappropriately, IMPA is sometimes called an autoimmune disease. IMPA can occur independently or in combination with more severe immune mediated disease in which other body systems are affected. IMPA is seen more commonly in dogs than cats but can occur in both species. Rheumatoid arthritis is a form of IMPA in people. 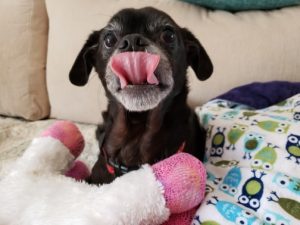