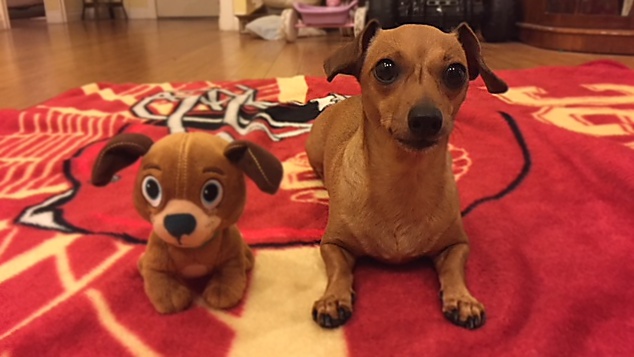 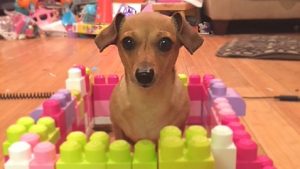 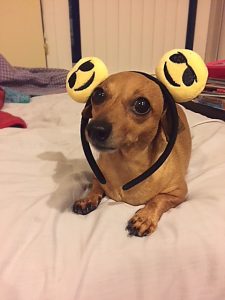 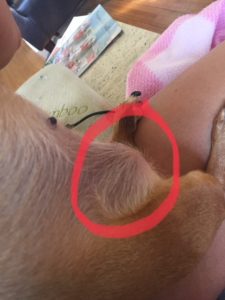 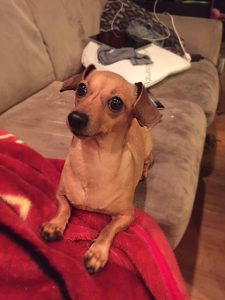 Poor Skittle has Inguinal Hernia! A condition in which the abdominal contents protrude through the inguinal canalor inguinal ring, an opening which occurs in the muscle wall in the groin area. This Hernia is bad news and it needs to be repaired. Within that same surgery, Skittle will be spayed. This little, 8 year old, Dachshund needs your help! Can you help Skittle get the surgery she needs? 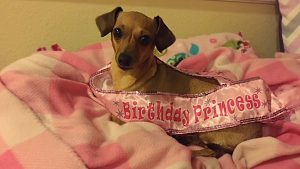 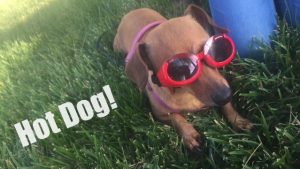 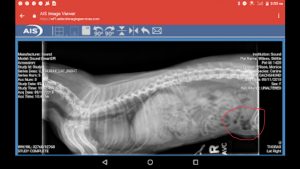 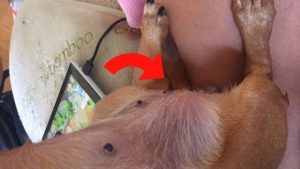 In the past two months, Skittle would cough off an on. Then, all of a sudden, Monica noticed a small lump. How it got there she had no idea but she immediately took Skittle to the vet. The vet explained that Skittle had a hernia and it needed to be repaired as soon as possible. Further testing also showed that the Hernia was most likely caused by Skittle’s excessive coughing. Skittle was diagnosed with Bronchitis. 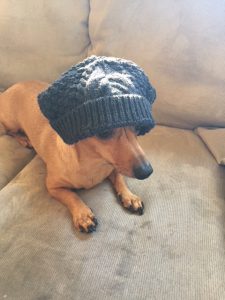 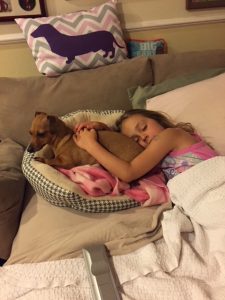 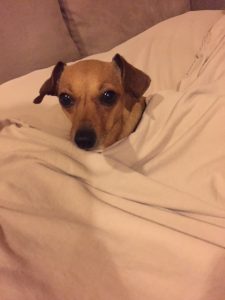 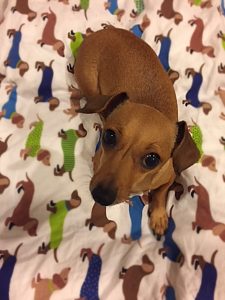 Skittle has been with Monica for her entire life. Monica never grew up with dogs and found herself as more of a cat person. But, after spending time with a cute little Doxin, she knew she needed that kind of love in her life.  She bought Skittle as a Christmas present for herself. Skittle  was the runt of the litter and the last to get adopted but of course that didn’t stop Monica from taking this sweetie pie home.

Currently, Skittle is on medication for her Bronchitis and it has worked wonders for her coughing and wheezing. However, her Hernia is still pending treatment. Monica simply cannot afford the  upfront cost of the surgery. Skittle has brought so much joy to Monica and her family’s lives. Monica is a single mom and most of her income goes to her daughter and her self. She can manage Skittle’s  general care but this procedure is too out of budget. However, with your help, Skittle can get the surgery she needs. 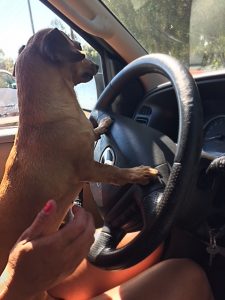 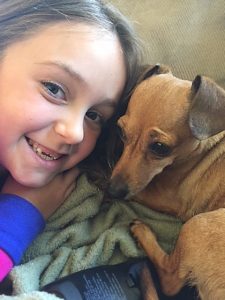 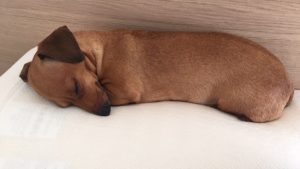 When our furry friends pass on, it's never a happy day. But, we can take comfort in knowing they are no longer suffering and they loved the lifetime they spent with us.

Sadly,  Skittle was scheduled to be down last night once she suddenly went into respiratory failure.

Our hearts go our to Monica and her family. Thank you for your support.

(This animal passed away, and the treatment we were raising money for was not provided. All donors have been contacted and their donations refunded. The amount requested was originally higher, but we have lowered that amount so the listing will show as SUCCESSFUL. The amount shown is the amount raised before the animal passed. Again, all those donations have been refunded to the donors!)