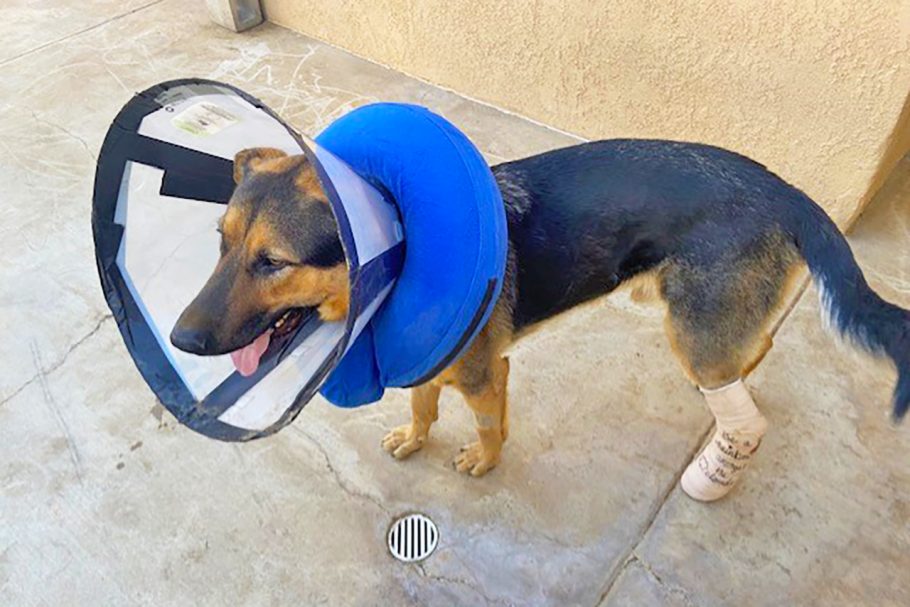 and now he requires complex care! 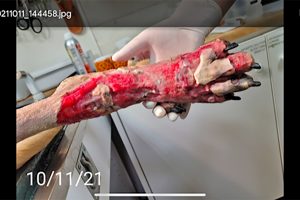 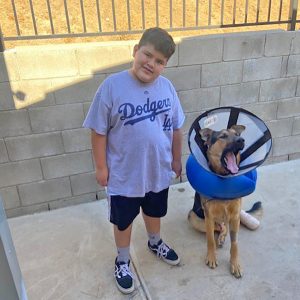 Nicole and her family adopted two year old Shadow about a year ago. He was shelter-bound, the people that had him could not deal with all his puppy and German Shepard related energy.

He has been a great dog and fit in with the family of four right away, everyone loved him! Now, Nicole has another dog, a Frenchie named Biggie, and Biggie had his dog bowls elevated on a stand, because it’s better for his short-nosed breed to eat that way. Well, Shadow is energetic, and one day in October when everyone was at work, Shadow knock the bowls down, they broken and he cut up his foot really bad!

The kids called mom and dad at work, there was blood everywhere! Somehow Shadow had managed to cut an artery, just the absolute worst luck. But Dad got home and got him to the ER vet.

It appears that the emergency vet did not do a proper job. They cleaned the wound, and sent him home. Nicole and her family followed the doctor’s orders, but noticed that the foot seemed to be getting worse. They went back, they called. But ultimately they followed what they were told, and we now believe what they were told was wrong.

Shadow’s foot became infected. The bones became infected, and dead tissue developed. After some days Nicole knew something was not right, and that the emergency vet was not dealing with Shadow properly, and fortunately she ended up at Sweetwater Veterinary Clinic, a vet we know and trust. This is where the picture of his paw above came from. 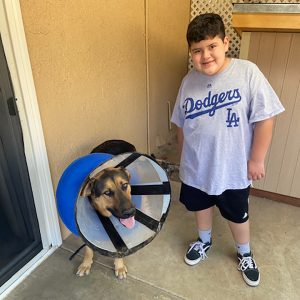 His care has been complex and difficult. Dr Sosa-Arzate wants to save not only his leg, but as much of his foot as possible. You can read the doctor’s letter below (click on it to enlarge). But, Shadow has improved massively. 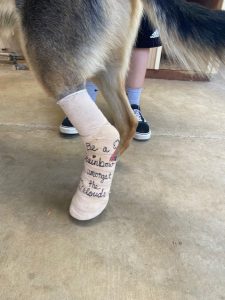 His family has already spent over $6000.00 on his care, and some of their friends and family have questioned there dedication to Shadow, but Nicole says “He is family. That’s it. You have to do whatever you can for you family, we love him.” But now with the holidays, all the money spent already (they maxed out their credit card), the family needs help paying for the remaining treatment!

Let’s spread some holiday cheer and help this dedicated family complete the treatment for Shadow! We have extensively discussed Shadow’s case with Doctor Sosa-Arzate, and are confident Shadow is a path to full recovery. All donations are help by us, and only paid to the clinic for Shadow’s treatment. Please, if you can help this sweet young dog, and his family this Christmas, make a donation in confidence today! Thank you and big WOOOOOFS! 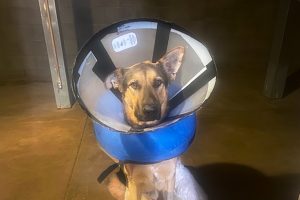 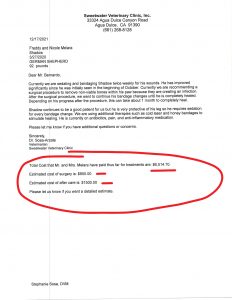