Survived his cancer surgery, now needs chemo to finish up! 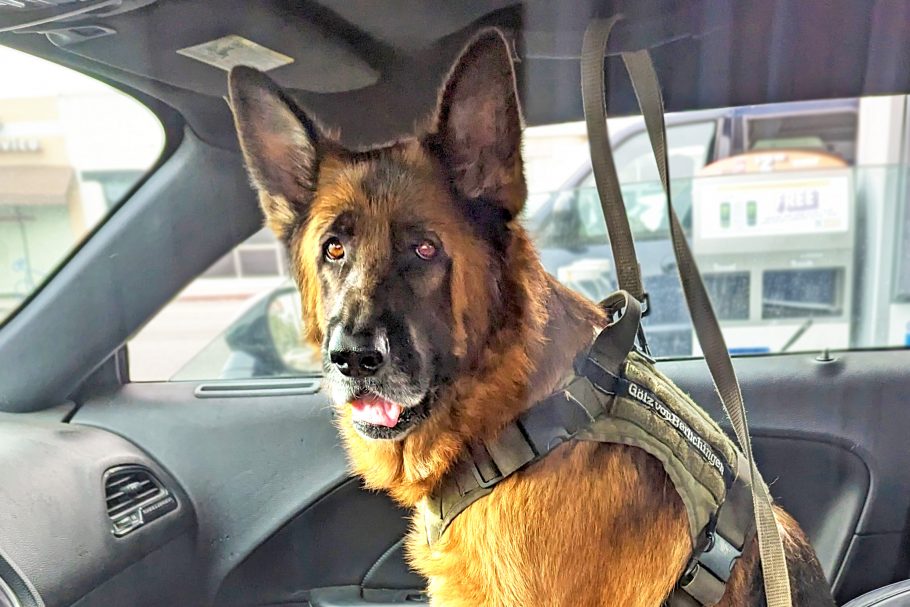 now needs chemo to finish up!

Sergeant is a six-year-old German Shepard who has been a beloved member of his family for the past four years. He was rescued from the streets, in a very bad condition, skin and bones. 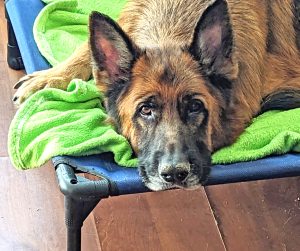 His rescuer, Erwin, initially tried to find a rescue organization to take him in, but ended up fostering him himself. It was later discovered that Sergeant had been microchipped and had been stollen. Sergeant was the son of a champion competition dog. However, he had been stolen as a puppy and was now two years-old; the breeders didn’t want him back. BUT Erwin did! He adopted him and Sergeant has been a happy and loving family dog ever since.

Sergeant gets along well with the cats that Erwin and his family foster, and is a cherished member of the household. However, in October, Sergeant began experiencing diarrhea and Erwin took him to the vet. It was there that a tumor was discovered in Sergeant’s intestines. He was diagnosed around Thanksgiving and needed immediate surgery to remove the softball-size tumor. 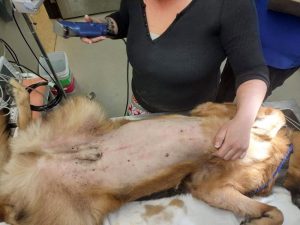 The surgery cost $5,000 and a biopsy revealed that the tumor was lymphoma. 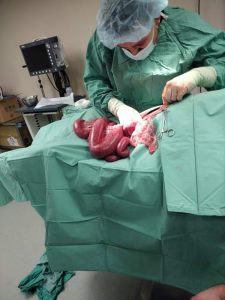 Erwin wants to help Sergeant fight this cancer and is seeking assistance with chemotherapy that is now needed in follow up to the surgery. In the meantime, he has put Sergeant on a homeopathic diet in hopes of getting him better. 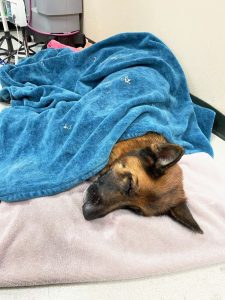 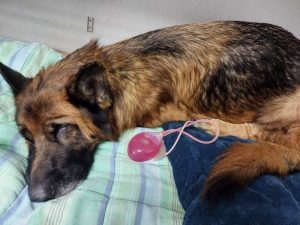 Sergeant has been a loyal companion to Erwin and his family and they are doing everything in their power to help him overcome this illness. Please consider donating to help Sergeant and Erwin with the ongoing medical expenses. All donations are for the chemotherapy, and paid only to the Oncologist. There is also a fundraiser for him on Cuddly, you can see it HERE. WOOOOOF!! 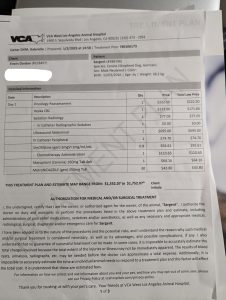 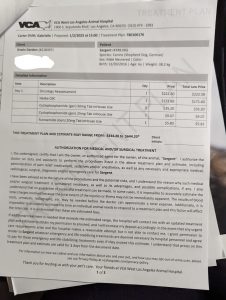