Pressure in her eyes is getting worse, and no longer controlled with medication. She needs surgery soon.
Successful 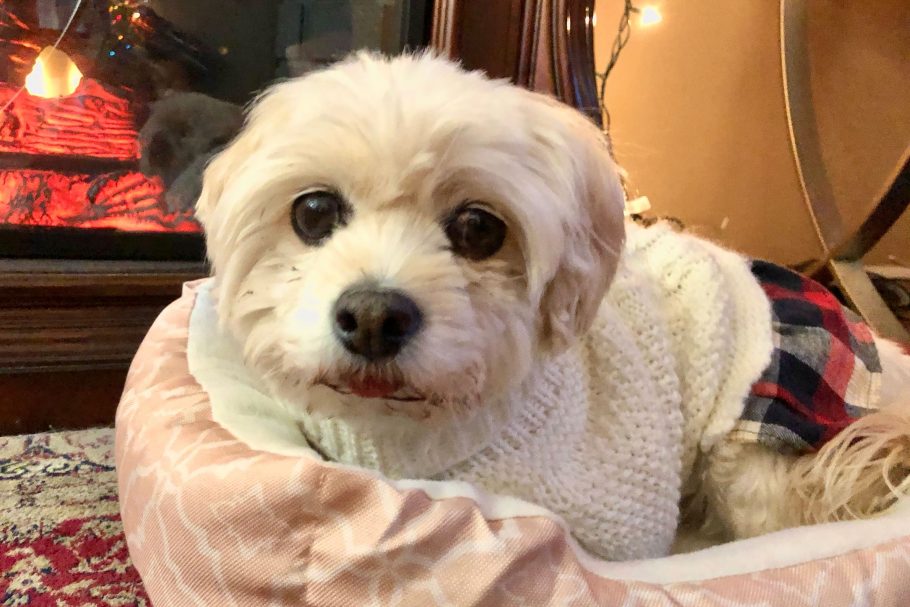 About three years ago this little dog was running around stray and dirty behind a group of restaurants in San Diego, and Diana scooped her up! There was no collar or microchip, and they listed her at the local shelter, but no owners were ever found, so Diana adopted her, naming her Sandy for “San D-iego”! 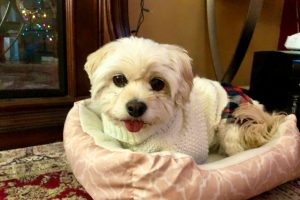 For the next years Sandy was happy and healthy, and got along very well with Diana’s other dog Toro. But about five months ago, Diana noticed that Sandy would sometimes bump into a wall, or even run into a closed door…. and she was panting a lot, even when it wasn’t warm.

A visit to their vet revealed that the pressure in Sandy’s eyes was much too high, well over double the desired amount. The glaucoma had already damaged her vision, but at that time she could still see partially. Diana then took her to an eye specialist who confirmed the condition. In summary, Sandy was going to go blind, but that did not mean the swelling would stop. 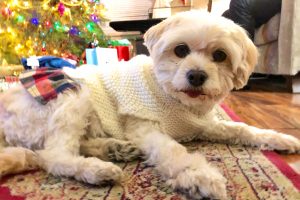 Though the glaucoma has damaged Sandy’s eyes to the point of blindness, it has not stopped. The pressure is getting worse, and the medication is no longer helping. Sadly this is often the case with glaucoma. The medication works for a period, but eventually is no longer effective. Though Sandy has pain medication, the swelling will only worsen and the pain increase. Further, it is possible an eye could rupture and become infected. The solution is surgery to remove both eyes. 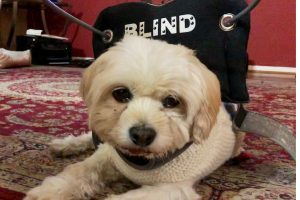 Diana is a recent graduate and has not yet gotten a job. With the bad economy she recently moved back home, but her family is also having difficulties now. Only her father is working, and she still has two younger sisters who live at home. Having spent her money on the exams to this point, Diana doesn’t have the money for the surgery… Can you help get Sandy the surgery she needs to be out of pain and have a happy life?

Blind dogs can do very well, as dogs depend less on their vision than people do. Also, Sandy has her buddy Toro who is learning to help guide her! She’ll be great as a bling dog, if she can be out of pain and out of risk and worry of complications! Thank you!!! 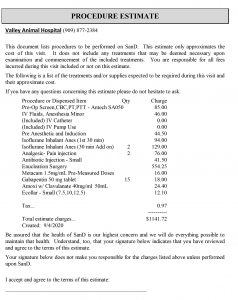 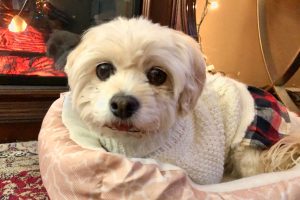