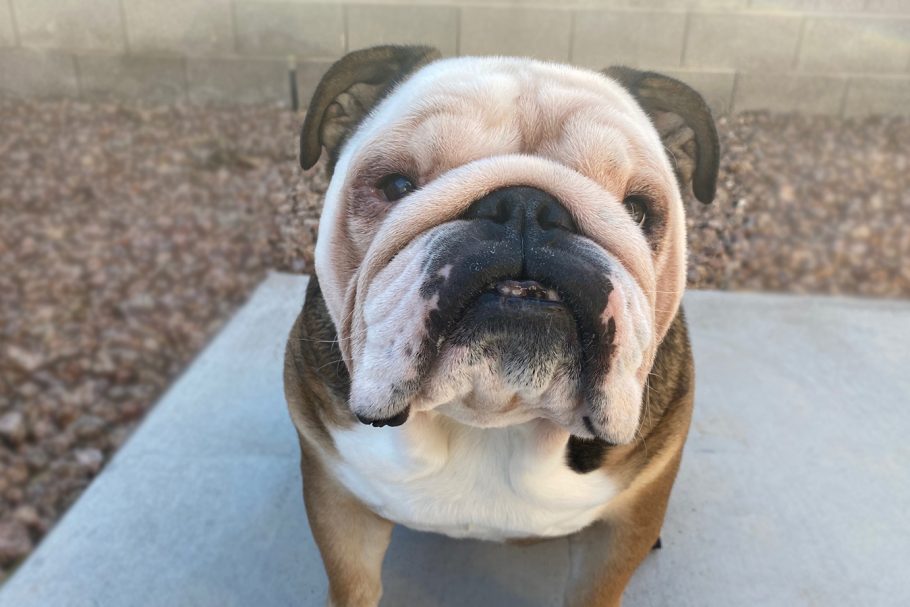 Imagine living with your eyelashes turned inside out and scratching your eyeball. Samson has this issue and its to the point where he is going to need surgery very soon. The doctor diagnosed Samson about two years ago with entropion which is very common in the breed but the doctor said Samson could hold off for a little bit longer. However, the time has come for surgery. Samson’s right eye is more effected and will sometimes not even open. Pus is continually coming out and the eyes are being cleaned and getting antibiotic eye cream four times a day. 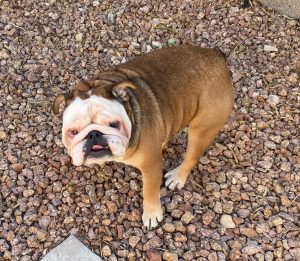 “Entropion is a condition in which the eyelids roll inward, allowing the eyelashes or other hair to rub against the cornea and irritate it. The upper and/or lower eyelids can be affected and the condition can occur in either one or both eyes. In some dogs, entropion is never more than a minor annoyance, but in others it can cause corneal ulcers that can lead to scarring and affect vision. When there is a genetic factor causing entropion, as in English bulldogs, it can be seen well before the dog’s first birthday.” For more information click this link: http://www.lienanimal.com/blog/2016/4/29/cherryeye

Surgery is hopefully going to be Wednesday, January 22nd. Dee, Samson’s owner has raised $500 on his own for the surgery and just needs a little more to complete the funding. Dee is unable to work and his wife works to pay the bills so they came to Free Animal Doctor to raise the remaining amount. 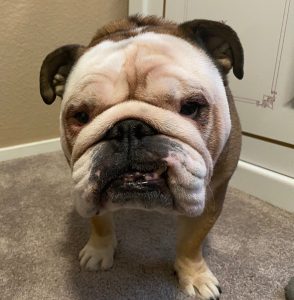 Consider donating or sharing Samson’s stories to others!

Samson had surgery 1/27. He is doing ok, he is in lots of pain but will be better in a few days! 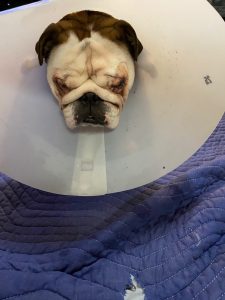