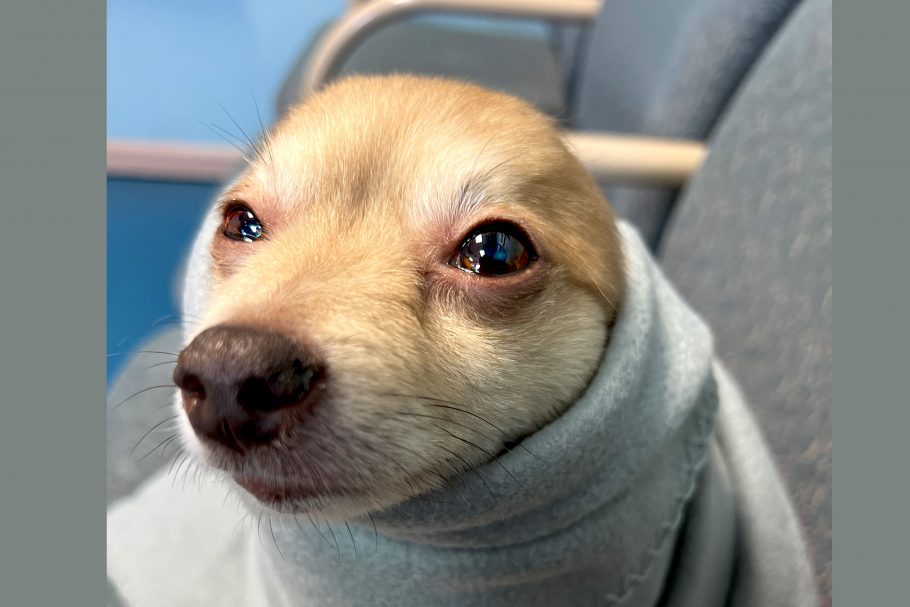 Riley had a ruptured uterus

What a cutie Riley is! She was a rescue from a puppy-mill back six years ago, when she was just seven weeks old. When rescued she was not spayed because she was too young, and had a slight heart murmur. Her owner, Amanda, never got her spayed because Riley was an only dog and indoors. 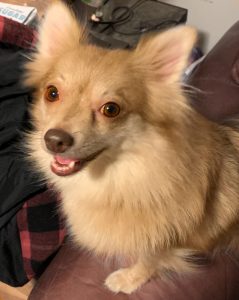 Well, that came back to bite… Riley did get out one day, and apparently that is when she got pregnant. Amanda didn’t know, and it wasn’t even obvious until just a few weeks before Riley went into labor. And this is where the problem happened. Once Amanda realized Riley was preggers she tried to get her a vet appointment, but everyone was booked for weeks, and Riley started giving birth before the appointment.

And it went bad. Amanda rushed her to an ER hospital, with $580 in her pocket, all the money she has. She ended up spending about $200 and being sent home… the doctor said there were some minor concerns, but basically Riley was OK, go home and have the puppies. 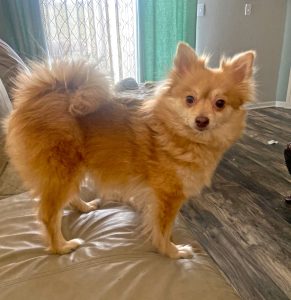 Things were not OK. Riley got very sick and Amanda was very scarred. She contacted Doctor Tarantino at Blue Ridge Plaza Animal Clinic, and he said bring her in right away. There the doctor discovered that Riley’s uterus was ruptured. There were two babies, but they were literally floating, dead, in Riley’s body. 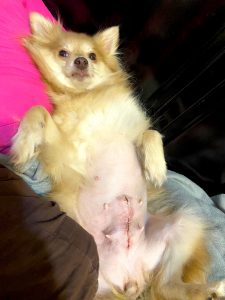 It was delicate, emergency surgery, but Riley survived. She has a long recovery ahead, the doctor had to open her stomach, and she goes in for check ups twice a week. Now here is the thing, remember that we said Amanda only had $580? Dr. Tarantino did this emergency surgery even though Amanda could not pay.

Riley, a little dazed still, the day after surgery: 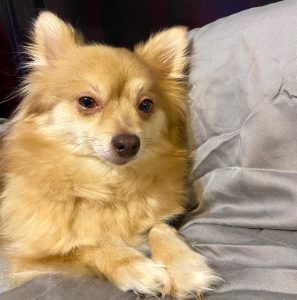 We often hear people complain that veterinarians will not do surgery unless you have all of the money upfront, and here is a doctor doing the live saving surgery even though the owner cannot pay! We have worked with Dr. Tarantino on other fundraisers, and he and his clinic do their best to help everyone, they deserve to be supported for that. If we want more doctors to behave this way, we have to support those that do!

Riley at her first check up, post-surgery: 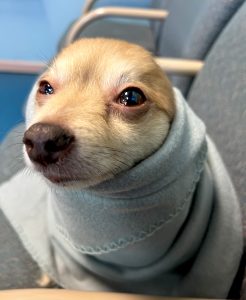 Riley’s bill was $2143 (already cheap compared to the average for this type of surgery), and Amanda paid $500 of it, leaving a balance of $1643. This fundraiser is to pay off that bill. Amanda lost her job (she worked for animal control actually) during COVID, and is now working part time doing deliveries. She won’t be able to pay off this bill, but she can pay for the check ups and ongoing care Riley needs right now. All donations here are ONLY paid to the veterinarian. Can you support a Dr. Tarantino and Riley? Please consider a donation today, thank you! 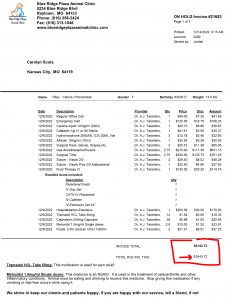