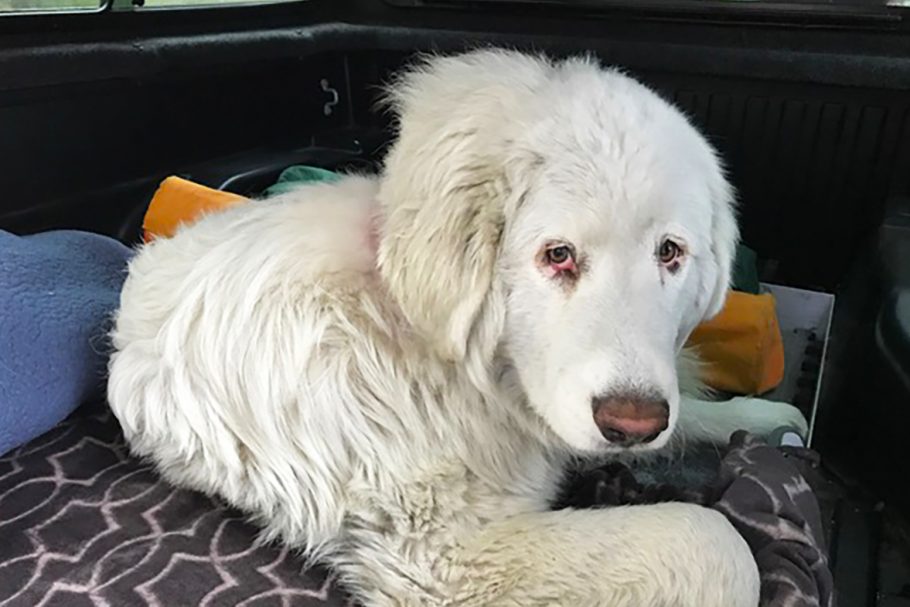 His femur, the big bone on the leg!

Poor Ricky Bobby, for nearly two months he was seen wandering stray around the US Border station at Tecate, Mexico. He was finally caught just this week, with a broken rear leg. He was probably just hit by a car, and this is also most likely why it was possible to finally catch him. 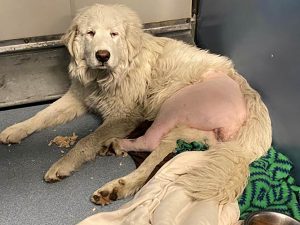 He was put in the animal shelter, which does not have a capacity to do the surgery needed to save his leg. They stabilized him and gave him medications for pain, but the break was so bad and big that he still hurt badly. The shelter put out word if a rescue could take him, otherwise they were just going to amputate his leg. 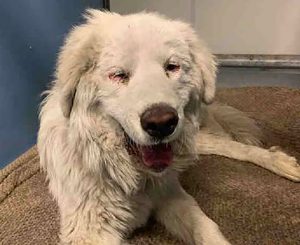 Fortunately GRCGLA (Golden Retriever Rescue of Greater Los Angeles) knew of Ricky Bobby’s situation and got him out of the shelter right away. The poor guy, even though on pain medications, cried all the way on the trip from the shelter to veterinarian. It was clear that surgery could not wait.

Veterinary Surgical Specialists in Tustin performed orthopedic surgery using a plate to secure the fracture, so can see in the x-ray below how bad the break was. The blue lines on the left show the outline of a normal femur, and the red arrow points to the break, where the bone is completely severed and pushed together, so that the two pieces slide past each other (click to enlarge): 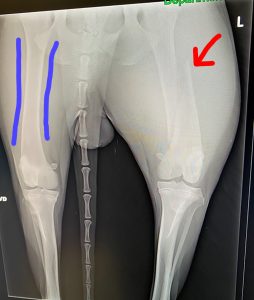 Surgery was just done Thursday,  but it went very well and the doctor is confident Ricky Bobby’s leg will heal. No amputation was necessary! 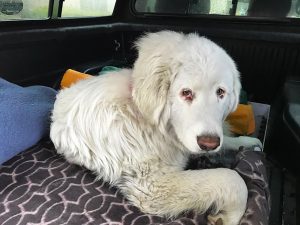 Orthopedic surgery is expensive. It requires special training, equipment and implants. Because of the immediate nature of Ricky Bobby’s injury GRCGLA paid $3000 as a deposit to get the surgery done. However, the rescue needs to recover this, as well as pay the remaining $2000-$3000 and for follow up care. All donations here are to cover Ricky Bobby’s vet bills, and will paid only to GRCGLA (a 501c3 public charity) and the vet clinic. Can you help Ricky Bobby with his bills today? WOOOOOF!!! 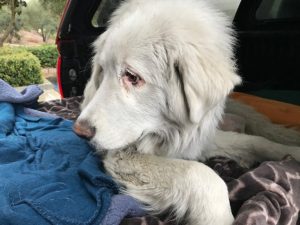 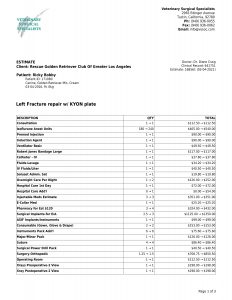 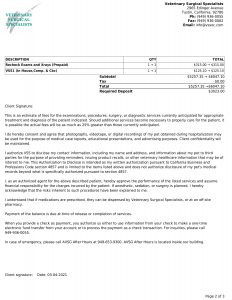