Can't walk on his rear legs, needs surgery and he is only 2 years-old
Successful 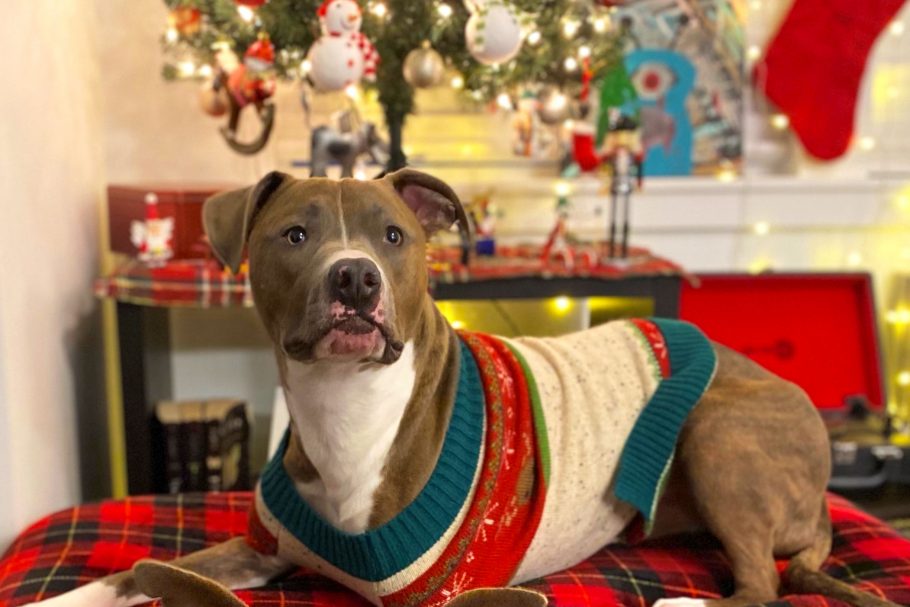 Remy is just 2 years-old, but he has damaged the ACL in the knee of both his rear legs. The left one is completely torn, making it almost impossible for him to use that leg at all, the right leg is damaged, but not as bad.

Remy needs to stay in his crate as much as possible, to reduce the pain. At times he cannot even walk to pee… though it varies and he does have pain medications. You can see him walking stiffly in this video, taken earlier in the year when it was not yet as bad:

He has been evaluated by a specialist veterinarian, and the doctor wants to do surgery on both legs at the same time. Often these type of TPLO surgeries (read here) are done one leg at a time, but in Remy’s case the doctor thinks this is the best method. This means that Remy needs the full amount of TWO surgeries paid at the same time, and this type of procedure is not cheap!! 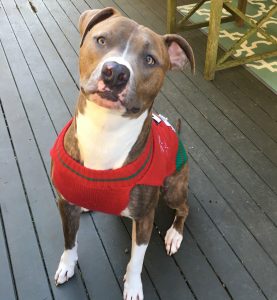 He was adopted at 4 months of age by Stacie, from the Portland (Oregon) Humane Society. Remy was a “Second Chance” dog, who had been rescued out of a California shelter… it’s a program where a dog that is not getting adopted and is slated for euthanasia gets a “Second Chance” at another shelter out-of-state. 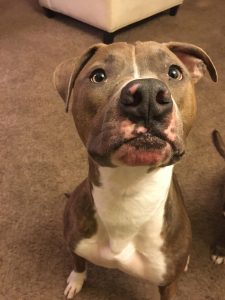 Remy fit right in with Staci and her older dog (also a rescue) Buddha. He is a very sweet dog, and used to love to run and play. Probably his ACL condition was weak genetically, and in his running and playing he damaged them. This condition is not uncommon with his breed, and often happens around his age.

Staci has a part-time job as a Veterinary Technician, which has helped with Remy’s initial exams, but this surgery requires a specialist. Money is tight right now, and she simply cannot afford the total cost of this expensive surgery. Before she found Free Animal Doctor she started a GoFundMe which you can see here. It has raised $500, but Remy is going to need a lot more than that to walk again!! 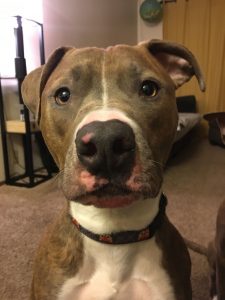 All donations made HERE are only for Remy and will only be paid to the veterinarian when the surgery is performed. We have calculated how much Remy still needs, after the GoFundMe money. Remember: Unlike GoFundMe, we charge no fee to your donation, not even the credit card fee, all of it goes to Remy… AND WE ONLY PAY THE VET, never the owner. If the surgery does not happen, we refund your donation. Can you donate in confidence to Remy today!? 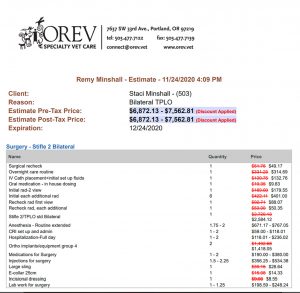