She's got one leg left to fix!
Successful 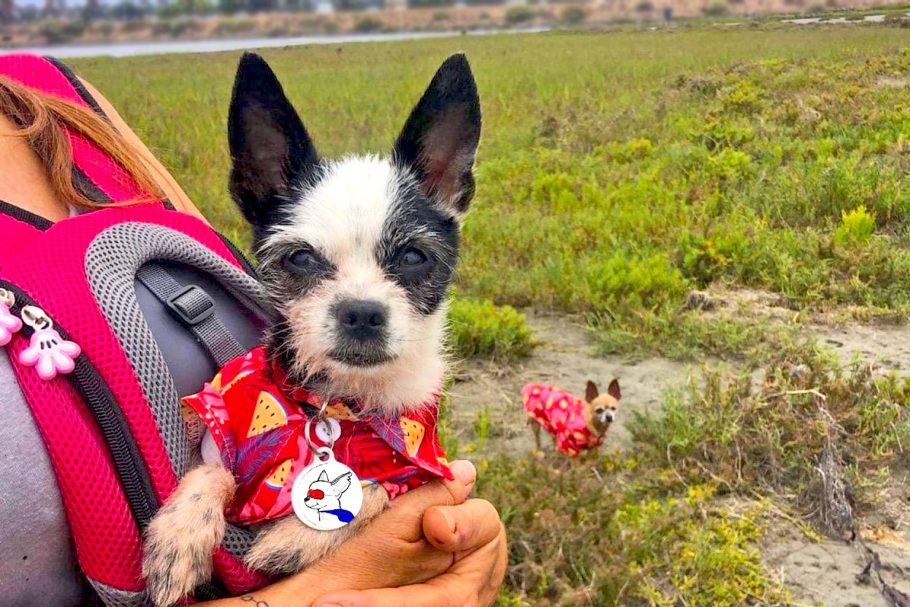 Both of her knees

Pixie is an interesting story. She was brought into the animal shelter after a policeman on patrol found her tied to a tree. The shelter discovered a microchip, and contacted Pixie’s owners, but they did not want her back. She was a very fun and playful dog, but she has these incredibly bowed rear legs. 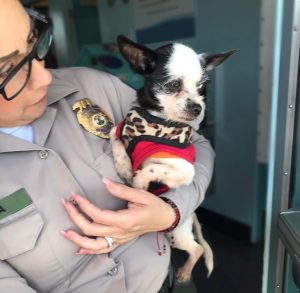 So while the shelter staff really liked her, she was put on the list to be euthanized because she was deemed unadoptable. Staff then put out a call to local rescue SCARS (SoCal Animal Rescue Squad), who came to examine Pixie. From what they saw, everyone thought Pixie’s condition was a birth defect, and SCARS rescued her from the shelter, thinking they could find someone to adopt her, despite being bowlegged. 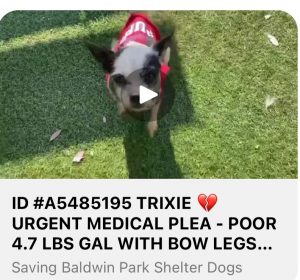 But it wasn’t a birth defect after all!

Surprise! When checked out by the rescue’s veterinarian, things changed. Pixies has luxating patellas, both knees. Luxating patella is just doctor speak for: A kneecap that moves around. This condition in some small dogs is not a big deal, and veterinarians may often not recommend surgery. But it can vary, and in rarer cases can be as bad as in Pixie. And it is bad. 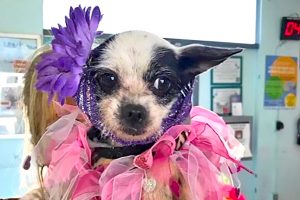 In Pixie’s case the luxation (dislocation) is so bad that she almost cannot walk. At times she has to sit down, or will fall down. It’s painful, though she has lived with it so long she appears to not notice most of the time. But it will get to the point where she will not be able to use her legs. The doctor is especially worried that it may cause her to twist and damage her spine, causing paralysis.

The potential is very good news: surgery can correct Pixie’s knees, and she can walk almost normally, and without pain. The bad news? A big unexpected expense for the rescue! The shelter said that Pixie was just bowlegged as a birth defect, it’s just the way she was, nothing to do about. But actually she has a correctable condition, that is getting worse and must be fixed! 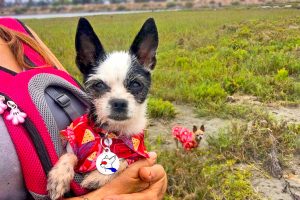 This is her SECOND fundraiser. Initially the doctor planned surgery for both legs at the same time. But the surgery on her left leg took so long, as it was more complex than thought, the doctor had to take her out of anesthesia before doing the second leg.

After the first surgery: 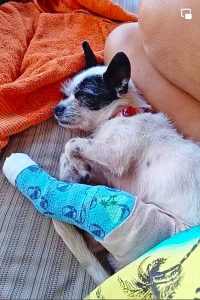 Pixie has now healed from that surgery, and is already doing better, so now it is time to go back and do her right leg. This little dog has a big second chance for the rest of her life to be pain-free and normal, and to get adopted to a good home! Can you help Pixie and SCARS with a donation to her surgery fund today? 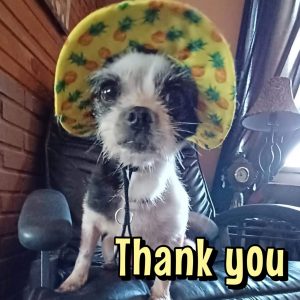 Pixie’s surgery is expected to cost about $2400. She still has $600 available from her first fundraiser (THANK YOU DONORS), so just $1800 more to go should get her done! Here is the estimate for the right leg, the final procedure (click to enlarge): 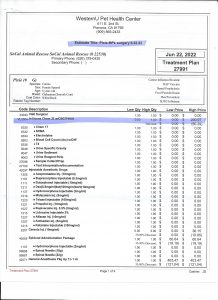 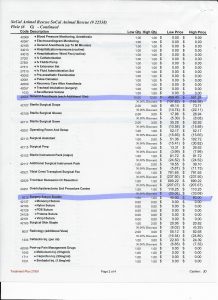 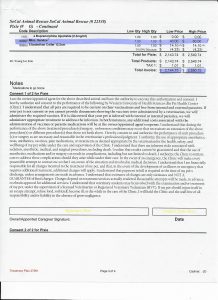