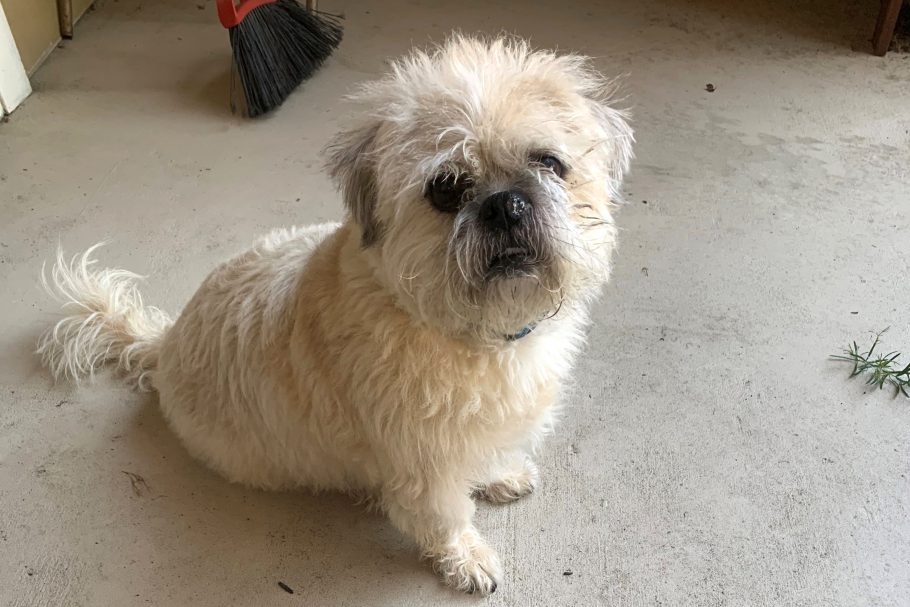 Little Petey was rescued from the Houston (Texas) Humane Society four years ago. His owner was elderly and had surrendered him. Since then he has been Tamara’s best boy Shihtzu/Griffen mix, and she even made this fun video about him: 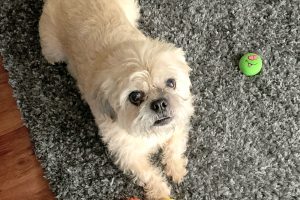 What happened with Petey

At the beginning of June dog-groomers started to reopen in Texas (having been closed due to COVID), and Tamara got Petey an appointment. The groomer called her, saying that Petey was not letting them touch one side of his face.

When Tamara got Petey at home she looked inside his mouth, and saw a tumor in there, on his lower jaw. 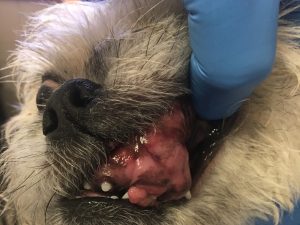 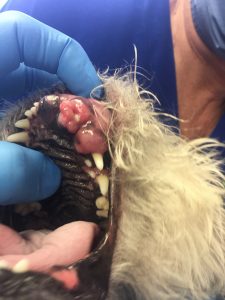 She called her vet, but it took a bit to get an appointment. Vets had just reopened as well and were backlogged with appointments. When Petey did get in to see the vet, the doctor confirmed it was a tumor, but due to it’s location Petey was referred to a dental specialist.

Petey most likely has a malignant, cancerous tumor. The doctor wants to do a biopsy, remove some of the tumor with surgery and send it for testing. Based on the results of the biopsy Petey may need further treatments, or may not. 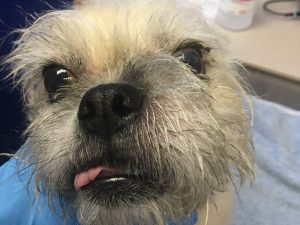 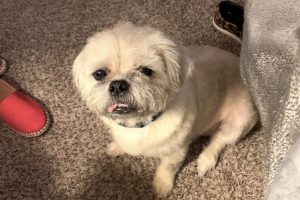 Tamara works at Rice University’s bookstore. When COVID hit she was laid-off from work, as the bookstore and the whole university were basically closed. Then unemployment benefits ended. Now she is back at work, but hours are only part-time right now. In short, it is just not the time to have a large bill like this for Petey. 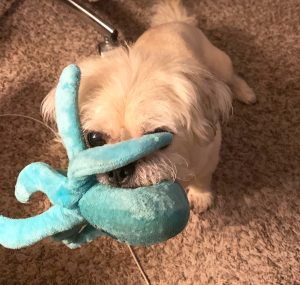 Your donation to Petey’s surgery is tax deductible, and we only pay donations directly to the vet. You can donate in confidence today to help Petey, let’s help him out! 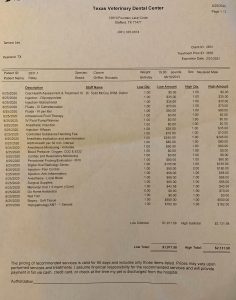