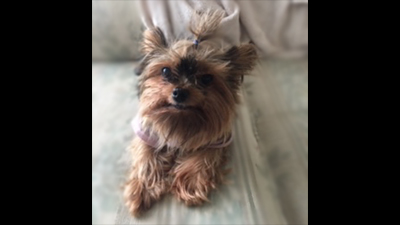 About two years ago Angie was diagnosed

with cranial cruciate ligament. Her vet at the time said that Angie is not in pain, he showed Linda that he leg was no longer in the right place but when he moved her leg around she showed no signs of pain. Linda has been going through some of her own health issues and had to put Angie’s needs to the side while she healed. Now that Linda is back at home she is focusing her time on getting Angie better.

Cranial cruciate rupture is the tearing of the cranial cruciate ligament; it is the most common cause of rear-leg lameness in dogs and a major cause of degenerative joint disease (progressive and permanent deterioration of joint cartilage) in the stifle joint; rupture may be partial or complete. 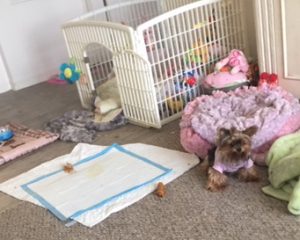 One leg to another

40-60% of dogs that have CrCLD in one knee will, at some future time, develop a similar problem in the other knee. – ACVS (American College Veterinary  Surgeons). Angie is now starting to not walk as much and barking for Linda to pick her up more often.

Linda says Angie is a sweetheart. Linda was given Angie by her son five years ago. Angie 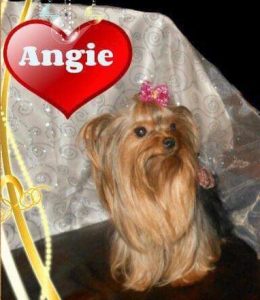 comes from a long line of champion show dogs. Angie never grew big enough to become a show dog making her available for rehoming. Linda spoils Angie and makes sure she is aways as comfortable as she can be. At night Angie sleeps in a crib that is set up next to Linda’s bed. Angie and her sister, have the run of the house and since they are tiny go on stroller walks to get fresh air. Linda has stairs for them to get on and off the stairs/ bed.

Linda is a great mom, she is always making sure Angie is comfortable and safe.

Vet Estimate for the surgery: 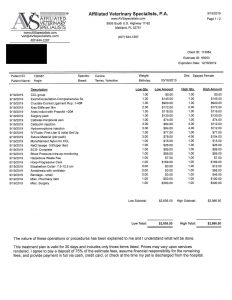 Linda is recovering from cancer and is on social security. She doesn’t have any additional funds to pay for the leg surgery.