A breeder begged for a rescue to take these 4 Husky puppies, promising they were healthy. Turns out, they all have deadly Parvo.
Successful 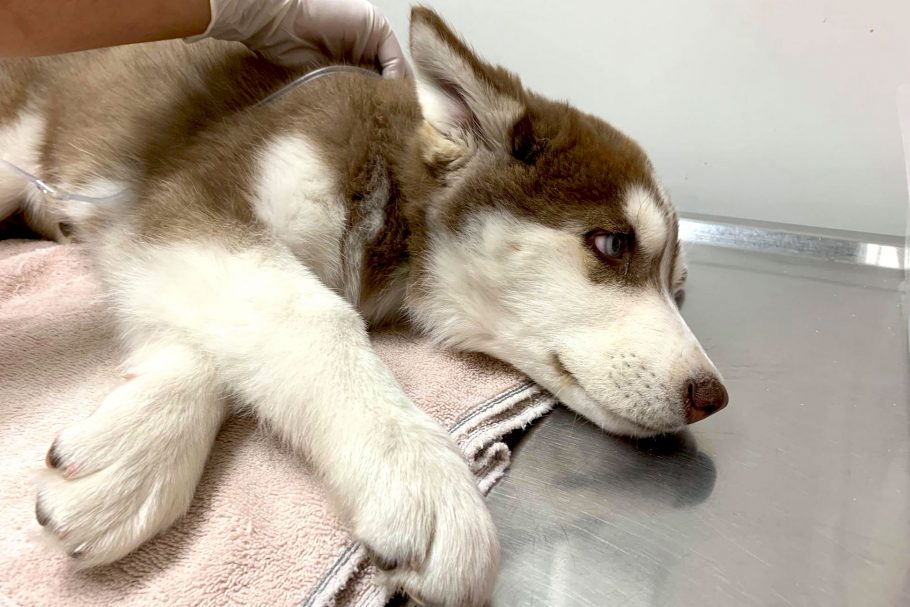 These four were being offered for free on Craigslist. Dogs given away like that can end up in bad situations, including being used as bait dogs for dog fighting rings, so the rescue Luna Siberian Rescue contacted the people listing the Husky puppies.

They said they had to get rid of them right away because of some issues at their home, but that they were healthy. They were not. The day after they were picked up their foster reported two of them were sick, vomiting and with diarrhea. 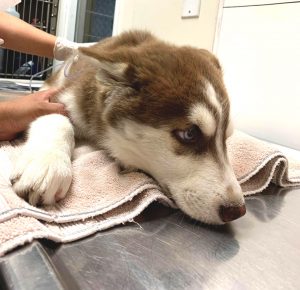 All four were taken to the vet December 3rd, and two were hospitalized, and two were allowed to return home. The foster is monitoring and caring for the two that are doing pretty well. The other two are sick in hospital. 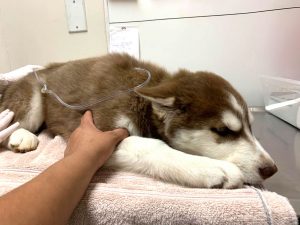 The treatment for Parvo involves keeping the puppy hydrated with an IV, while supporting their damaged immune system with antibiotics. If the support from the vet can keep them going while the body defeats that virus and repairs the damage the virus has done, the puppy will live. But if not, they do not survive.

This hospitalization is expensive, and the rescue was not expecting it. Donations are urgently needed to help pay for these puppies on-going treatment! Luna Siberian Rescue is a small rescue that is extremely devoted to the rescue and care of Huskies. Let’s show them support! Let’s help these puppies live! Can you donate to their care right now!? Thank you, and big wooooooooofs!