Diagnosed with Intervertebral Disc Disease (IVDD). Surgery is needed in order for him to walk again!! The surgery has an 88% recovery rate.
Successful 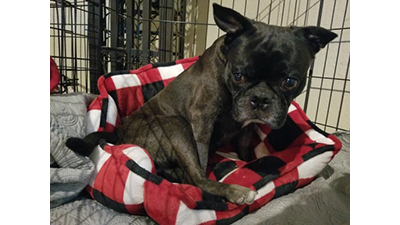 Lorena’s Vet Office Had a Puppy for Adoption

Someone had come into Lorena’s vet office to have their dog euthanized. This dog was a mother and needed a c-sect to have her babies and the dog parents couldn’t afford it. The vet asked the owner to surrender the dog to the vet. The owners did and the vet office performed the surgery and out came Otis. Lorena contacted the vet to adopt him and that is how their story began. 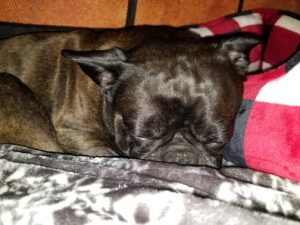 Just before Halloween, Otis started to become mopey and depressed. Lorena, Otis’ mom, thought it was because Otis recently lost his Pug sister. Lorena thought it was nothing too serious and would keep an eye out for him. Then after an afternoon nap Otis woke up and he was paralyzed. Immediately, Lorena rushed him to the vet where they took his blood and x-rays. They found something on his spine via x-ray that looked interesting and an infection in his bloodwork. The vet said Otis needs to see a specialist and they are unable to help anymore. Lorena took Otis home with antibiotics and pain medicine. 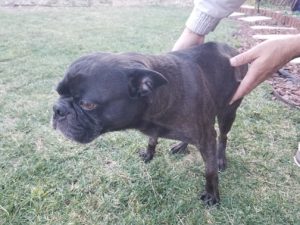 The next day Lorena took Otis is a specialist that deals with paralysis. This vet took in Otis 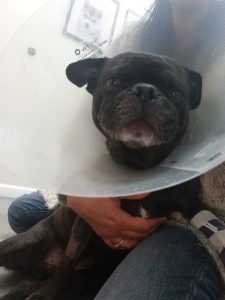 to try and see if he could figure out what was going on. This is where Otis received intensive steroid treatment and he was kept over night to help asses the issue. Otis was doing better in the hospital but once he was out he seemed to have some setbacks. This vet said you need to go to a neurologist to get a better idea of what is going on but we think he has Intervertebral Disk Disease (IVDD). The symptoms Otis was showing was textbook IVDD to this vet Lorena took Otis home with antibiotics and pain medicine.

The next day Lorena called to get Otis into a neurologist appointment. The neurologist did a comprehensive physical exam and had an MRI done.

After seeing the neurologist the doctor had good news!!! Otis has reflexes in his hind legs, his MRI looked good and bloodwork and 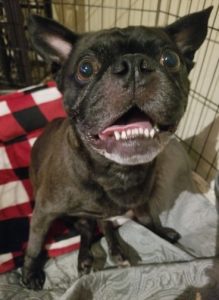 age also make him a great candidate for the surgery. It was now time to schedule Otis’ surgery. Lorena has put about $5,000 into diagnosing Otis. She is out of funds but now has a solution, a very expensive solution.

Currently, Otis is on crate rest and 6 different medicines. He has a UTI that is being controlled with antibiotics. Otis is still able to use the restroom on his own and the vet says he has an 88% chance of walking again. 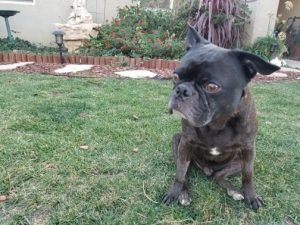 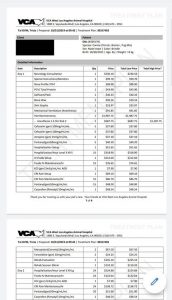 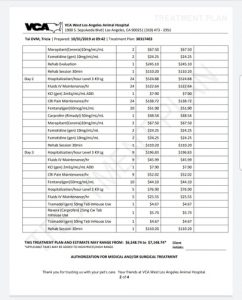