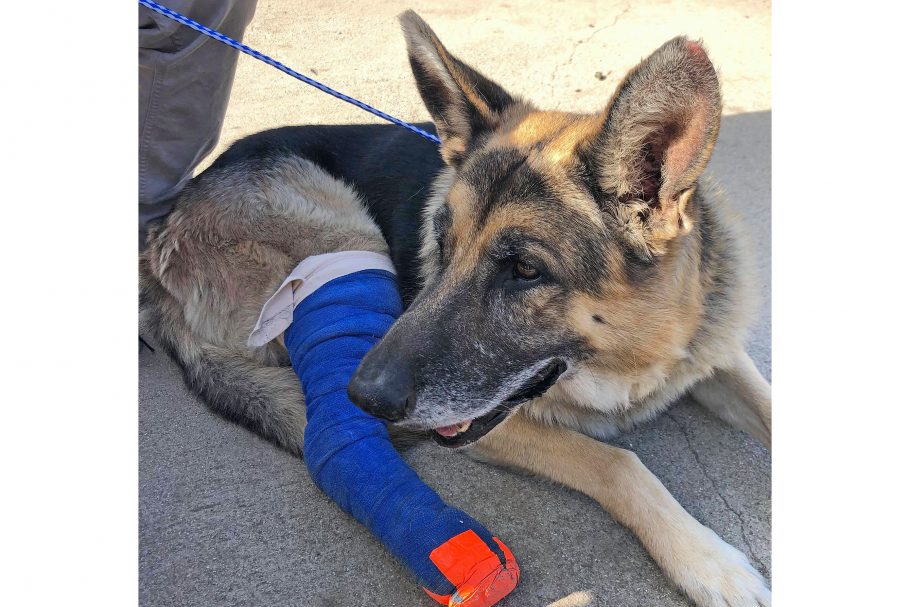 Found in a storm canal

with a broken leg

Oliver has a complete fracture that will not heal, or will heal improperly, without orthopedic surgery. Unfortunately this type of surgery is quite expensive, so Oliver needs everyone to help him 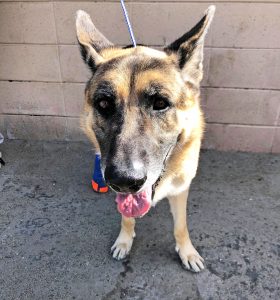 Oliver was found when a young man was walking near a storm drain canal east of Los Angeles. It was evening, and he heard a sound coming from down in the canal, probably bouncing off the concrete. It sounded like a wounded animal, a whimpering type sound, and he crossed over into the canal and looking down saw Oliver.

The young man is friends with Johnna’s son, and Johnna is known in the neighborhood for rescuing cats and helping animals. So he got in touch with Johnna and they all went to the canal. It was hard work, but they managed to wrap Oliver in a towel and pull him up the canal and then carry them to Johnna’s home. 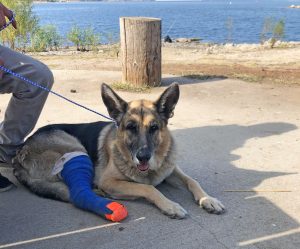 There they discovered his leg was dangling loose, in a stomach turning manner. They got him to the vet, spending about $500 on medications and x-rays, and then got the estimate for the surgery. The family would like to keep Oliver, but they cannot afford this surgery. 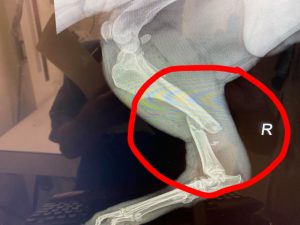 Oliver is a great dog, and very sweet. In all the moving him from the canal to home, and then later to the vet, he never growled or bit once! One time, when Johnna’s son was touching his broken leg, Oliver put his mouth on the boy’s arm, but he did not bite down. He just wanted to say “stop, that hurts too much!” Now with his cast he even is nice to Johnna’s cats, no aggression what-so-ever.

All donations here are specifically for Oliver and will only be paid to his vet. No donations are ever paid to the owner or other individual. Your donation is for Oliver and goes to him! Thank you! AND BIG WOOOOOOOOOFS!!! 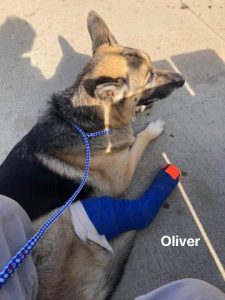 Vet bill and estimate for orthopedic surgery (click to enlarge): 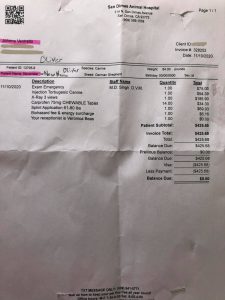 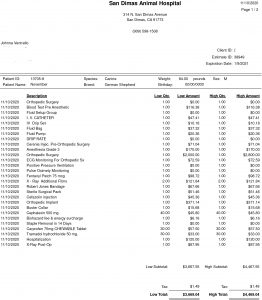