Attacked with a machete. Yes! This really happened, but Napoleon ran and survived and is now doing great with 3 legs!
Successful 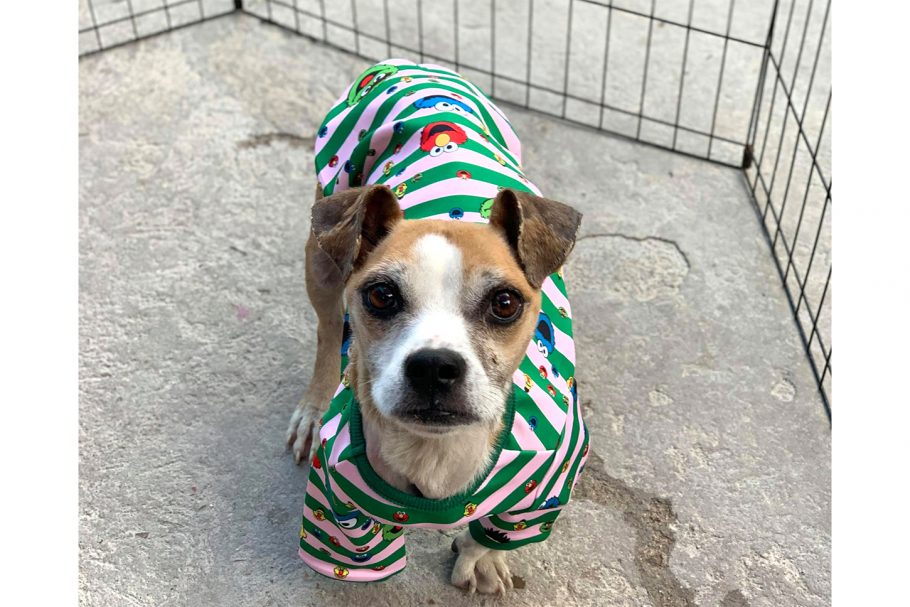 Attacked and sliced with a machete!

Poor guy was helped by a good samaritan in Tijuana. 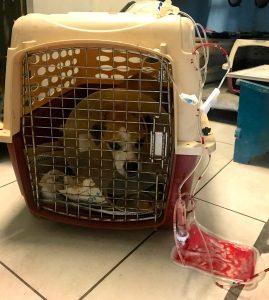 Napoleon ended up getting to a vet because of At-Choo Foundation who helps rescue dogs in Tijuana. He had been attacked by a person with a machete, slicing off most of his right-front leg. Why he was attacked is not known, but he ran away and survived.

He’s just about 15lbs, and it was probably his small size that saved him from taking a fatal blow. His leg was so badly damaged, as you can see in the photos, that it had to be amputated… but three-legged dogs do very well, and it isn’t slowing him down!

The vet didn’t have enough blood available for the surgery, so one of the rescuers brought ini their dog, Dollar, who donated blood, so big shout out to Dollar: 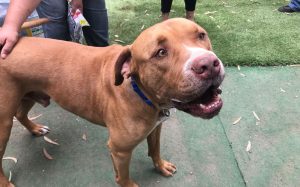 What is needed for Napoleon now:

The amputation and hospitalization only cost about $300.00 US (5700 Pesos), so a small donation is actually a big help for little Napoleon! Remember, as always, donations are for the specific animal (Napoleon) and only paid toward the vet bill! 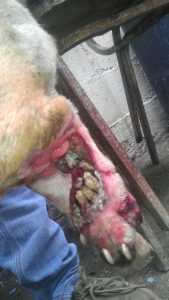 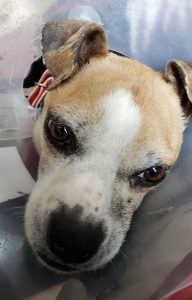 Napoleon needs his vet bill paid so he can get to the USA, and get adopted! A lot of people, and Dollar, have stepped up to help Napoleon, now its OUR TURN! Let’s donate a little to help him a lot today! Can you help? Thank you and big WOOOOFS!!