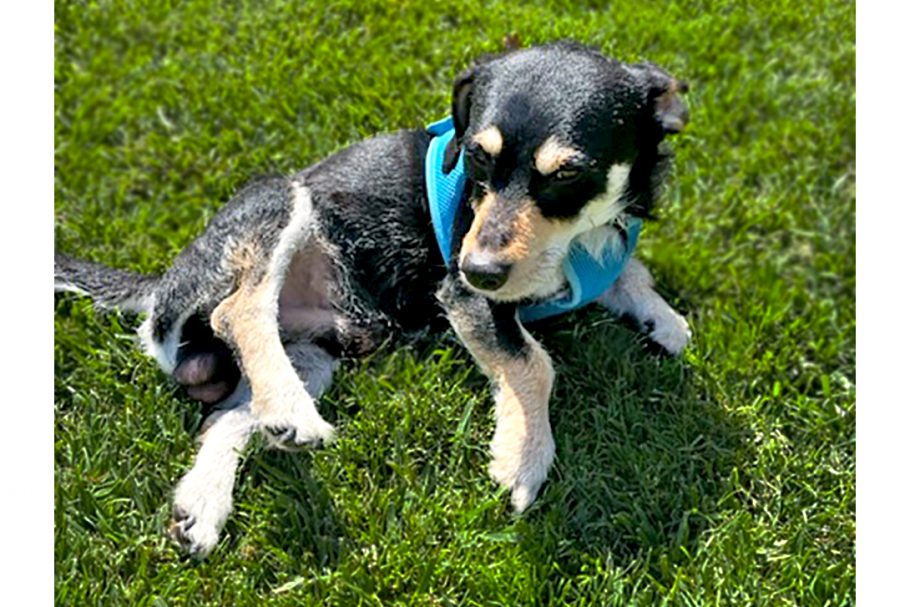 They were going to put him to sleep,

due to extensive injuries no one was taking him! 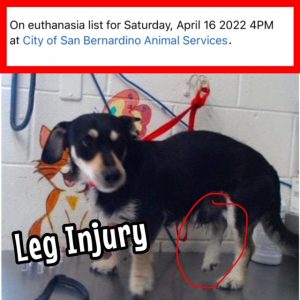 Meet Murphy, brought in stray to the San Bernardino City Animal Shelter, he had scrapes, cuts and other injuries, probably hit by a car or something similar… and he was limping, not using his rear right leg. The doctor’s report said they thought he had a broken leg, but the shelter doesn’t do much for injured animals, and he wasn’t thoroughly diagnosed. 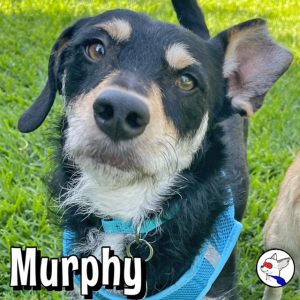 The shelter put out an email asking for rescues to take him, but they got no offers. The staff at the shelter really like him though, and gave him a lot of attention. Despite his injuries he was a really sweet dog, and young too, probably just around 2 years-old. That’s how the team at SCARS (SoCal Animal Rescue Squad, website) found out about him. They were rescuing another dog at the shelter and the staff asked them if they could take Murphy too (at the time the shelter had him named Ozzy). 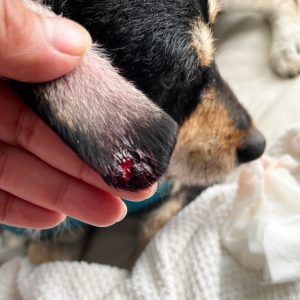 SCARS had just taken another “medical” dog (a dog that would need expensive treatment), and they could not take Murphy, but they did try to help and find a rescue. But as the days went by, no one came. And then the shelter put Murphy on the list of dogs to euthanize. His date was Saturday, April 16th. And by that afternoon, he was still in the shelter. Frustrated, and without the money to pay for his care, the SCARS team went and got him! 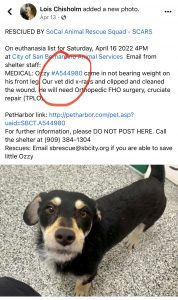 Taking him to their vet, Murphy had a number of cuts, and rashes to take care of, including one on his ear that had still not healed. He also had part of one ear cut off, though that looks to be an older injury. But the leg, well it wasn’t broken after all, but his knee was damaged. The cranial cruciate ligament was torn, this is similar to the ACL in humans. In dogs it makes it painful to walk or put weight on the leg, and will lead to irreversible damage if not treated. And the only treatment is surgery, called TPLO (read about that HERE).

Murphy resting at his foster home 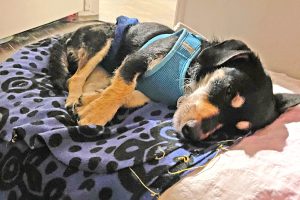 SCARS does not have the money for this procedure, which is about $3000 and requires a doctor specialized in this type of surgery. Let’s support this great 501c3 rescue, and Murphy, by donating to his surgery! Murphy can get better, and then be adopted. Can you make a donation to him today? 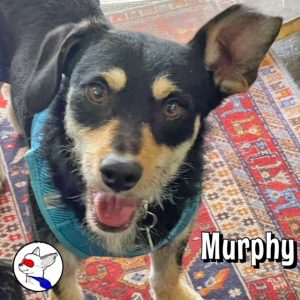