Chronic neglect has left this poor girl in a very bad state.
Successful 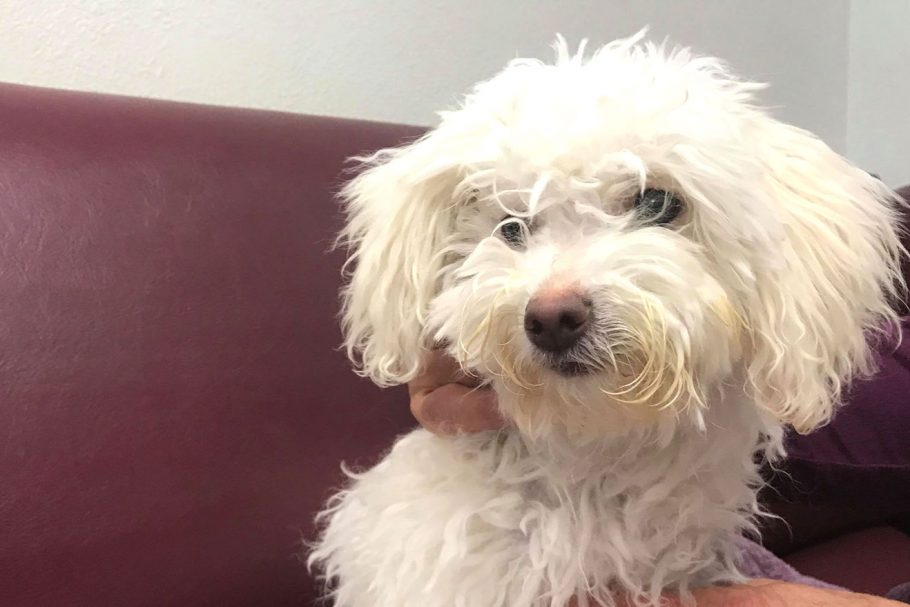 It’s hard to imagine this beautiful 5 lb. female Maltese puppy as a “stray”. By the time she reached SAVE A SMALL DOG RESCUE on Easter Sunday, however, the precious little 5 month 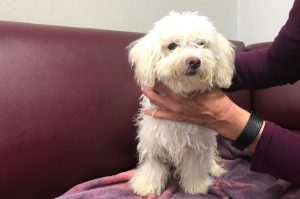 old was emaciated and growing very weak with chronic diarrhea and vomiting. An immediate Vet visit involved clinical tests for blood and stool specimens. She was given medication but her problems persisted.

As weeks passed, more extensive testing was performed, as well as X-rays. With no improvement, plus bouts of painful cries, her health was failing and Laurie Barnum from SASDR was determined to find the cause. Suddenly the little girl, now known as MITZI, stopped eating and drinking and an ultrasound was performed. It revealed a possible intestinal blockage that required emergency surgery. 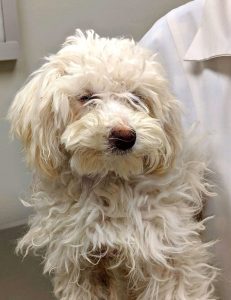 It was 4 pm on a Friday when the diagnosis was received. Unfortunately, the attending Vet was unable to perform the surgery. It would be a lengthy procedure that would require close monitoring for days following. Finding a Vet at closing time on a Friday who could perform the emergency surgery and provide aftercare was a daunting thought.

With the help of Volunteer Elaine Hollman, contact was made with Suzette Hall of Dream Fetchers Project Rescue. Working against time, arrangements were made with Camino Pet Hospital in Irvine, CA to prepare for the emergency surgery patient. With just over an hour before the surgical team would be leaving, the 50+ mile drive in rush hour traffic would be a challenge. Laurie and little MITZI arrived within moments of the deadline. The Vet immediately determined, however, that the almost lifeless little fur-girl was far too dehydrated to survive immediate surgery. She was connected with IV and catheter for overnight treatment before re-evaluating her for surgery.

On the following morning, the Vet was amazed to see a bright-eyed, tail wagging “different” dog. More testing, including Barium studies, confirmed that there was actually no blockage at that time and therefore no need for surgery. 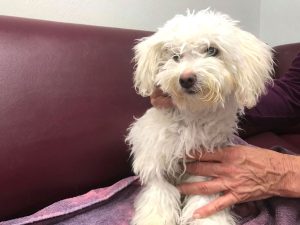 She remained at the Pet Hospital, however, for close observation. By the next day, we were back to “square one” with the news of returned “unexplainable” diarrhea.

MITZI has been released from the Pet Hospital and is currently undergoing close monitoring at SAVE A SMALL DOG RESCUE. More extensive blood and stool tests were sent out prior to her discharge. It is feared that intestinal scar tissue which has resulted from chronic diarrhea for so much of this 5 mo. old fur-baby’s life has caused her to be unable to properly absorb much needed nutrients. That may be only part of the problem, however, as this appears to be a very difficult case. Meanwhile, this tiny girl is truly a “fighter” and continues to wag her tail, despite her pain. Our amazing Vet will continue to work this case in hopes of putting together the “pieces of the puzzle” which will finally determine the cause and effective treatment plan for precious MITZI’S recovery. 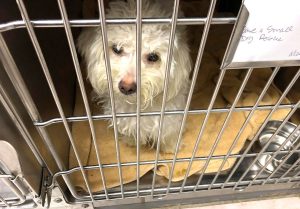 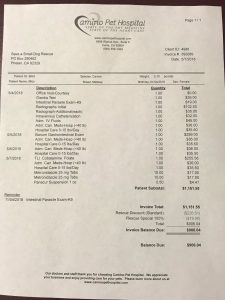