Six surviving puppies and their mother are now in the US, and need our help for their continued care.
Unsuccessful 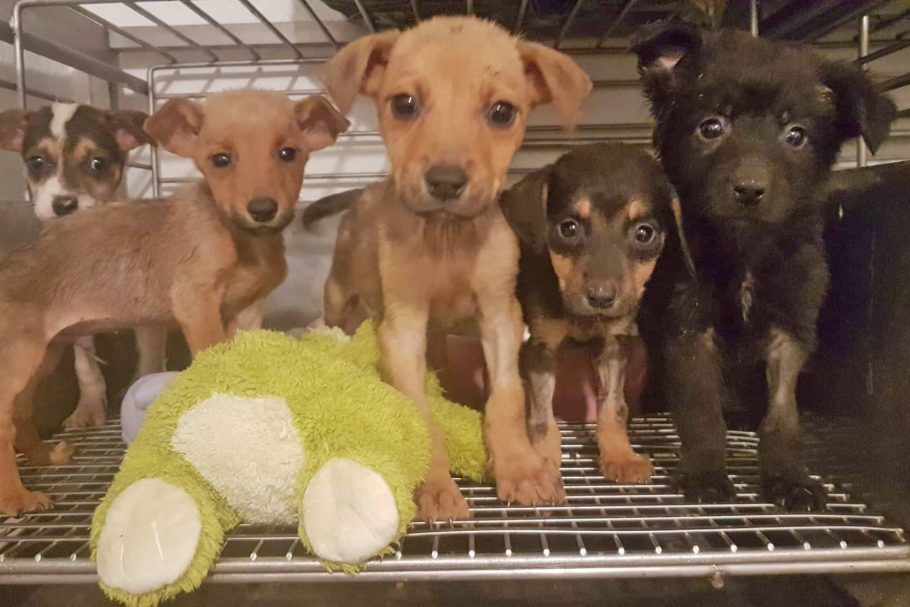 A person in Tijuana, Mexico was looking for help, he had found a mother dog with 8 puppies, but the mom did not seem healthy or able to nurse them. The rescue Gurrs and Purrs, in Monrovia, California got involved and agreed to help. 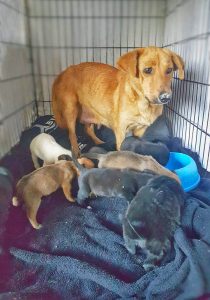 The rescue is a small organization, and got in over their head. The puppies all came down with Parvo right as they were brought to the vet, and a local organization that got involved caused some financial problems for Gurrs and Purrs. Of the 8 puppies, sadly two did not make it, but the others did survive the Parvo, as well as worms and general malnutrition.

This pup, named Solo, was the sickest at first. He has survived and is healthy now! 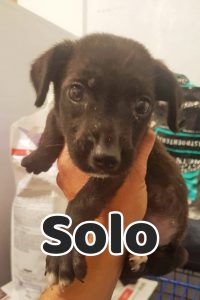 The mother, named Wanda, was misdiagnosed with a liver problem, costing more money as well, but fortunately that was figured out before any treatments began. It turns out she is just older, about 12, and was malnourished, but otherwise healthy. 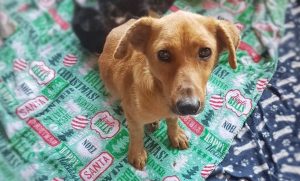 What the family needs now

Of the six surviving puppies two are still in guarded condition, the other four are fine. Wanda needs another exam in the US, and may require some treatments. All of them need full rounds of shots, flea and tick treatments and other basics. The puppies will all need to be spayed and neutered as well, of course. 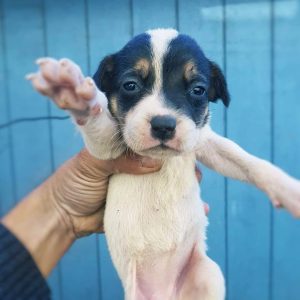 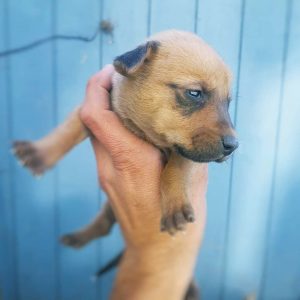 The rescue had to rush them out of Tijuana, as there was someone attempting to take them from the vet now that they were healthy (probably to resell). They spent much more than they ever planned to and they had to pay a transporter for a rush trip across the border, and they just do not have the funds to continue their care here in California where it is also more expensive. 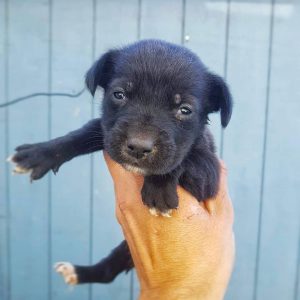 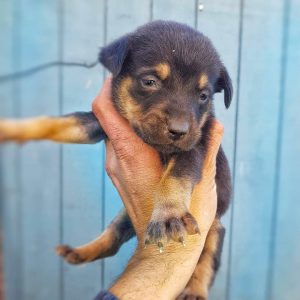 Donations will be used by the rescue to get the mom, Wanda, another senior blood test and exam, vaccinate and provide all medications for the puppies, spay and neuter, cover transportation, and exam and other medical as needed. Two of the puppies are still in guarded condition and will need to see the vet here ASAP. If you can help this small rescue organization with the care of this family it would mean so much! They all have foster families ready here in California, and will be cared for and adopted out carefully and with full vetting of applicants! Thank you.

The family being rushed out of Tijuana, April 13th, morning: 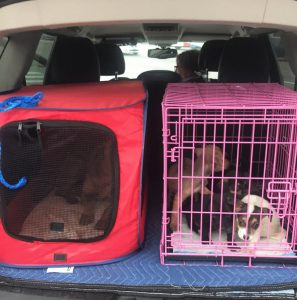 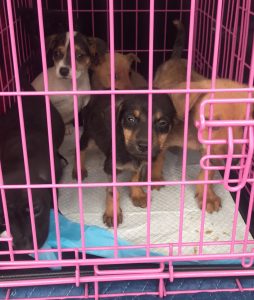