This young pup needs a total ear canal removal. He has constant ear infections and this is the only way to completely get rid of the issue.
Unsuccessful 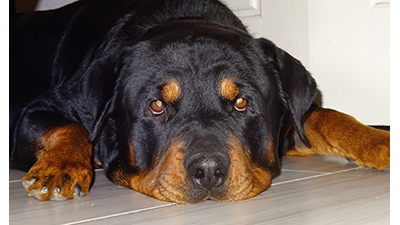 Beth goes on a hunt to find her female Rottweiler

Beth went to meet her new dog, her 14 year old Rottweiler had just passed so she was ready for a new companion. After holding and checking out all the girl pups, Malachi, the boy pup just patiently watched her play with the girls. Beth needed time to think about it but that night she went out and bought things that were for Malachi. Beth went back the next day and brought home Malachi.

Malachi is the sweetest pup on the farm! 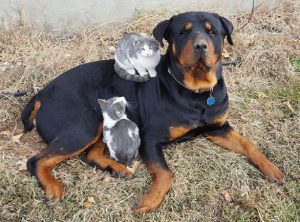 In 2018 these chronic infections started. Beth was doing her best in taking care of the guy. At first she was treating him with ear drops for yeast. After five ear infections, Beth spoke to the vet and they decided surgery was the best option. The doctor removed part of his ear for proper drainage. This surgery was performed on June 22, 2019. Surgery went well but shortly after Malachi ripped his stitches out and had a hot spot on his face. Malachi went to a new doctor, this new doctor put him under and cleaned up the ear. This vet also told  Beth that Malachi wasn’t getting the right amount of antibiotics due to his weight. After the surgery the ear infections came back. 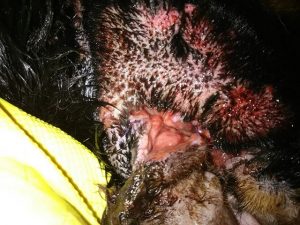 Beth was referred to a specialist.

But his present condition is that he remains to have infection, he does not have an ear drum in that ear and there are no oral antibiotics that can treat this type of bacteria and the injection is not recommended because of causes of kidney failure. The specialist has exhausted all treatment options and wants to remove the entire ear canal to rid him of this secondary infection and bacteria. Here is a link that describes the surgery in more depth: https://www.willows.uk.net/specialist-services/pet-health-information/soft-tissue/teca 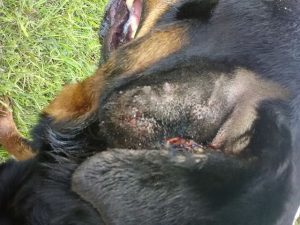 Malachi will lose his hearing but Beth believes that he already deaf in his ear. Beth has paid for numerous rounds of vet visits with medication and in June paid for his first surgery. She is out of money trying to help him.

All of the medicine for Malachi’s ear 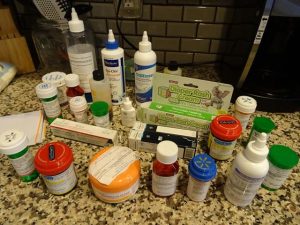 Help this mother get his child better! He is in chronic pain and has been living with his cone on for months!! 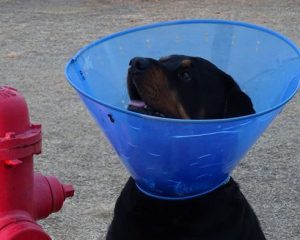