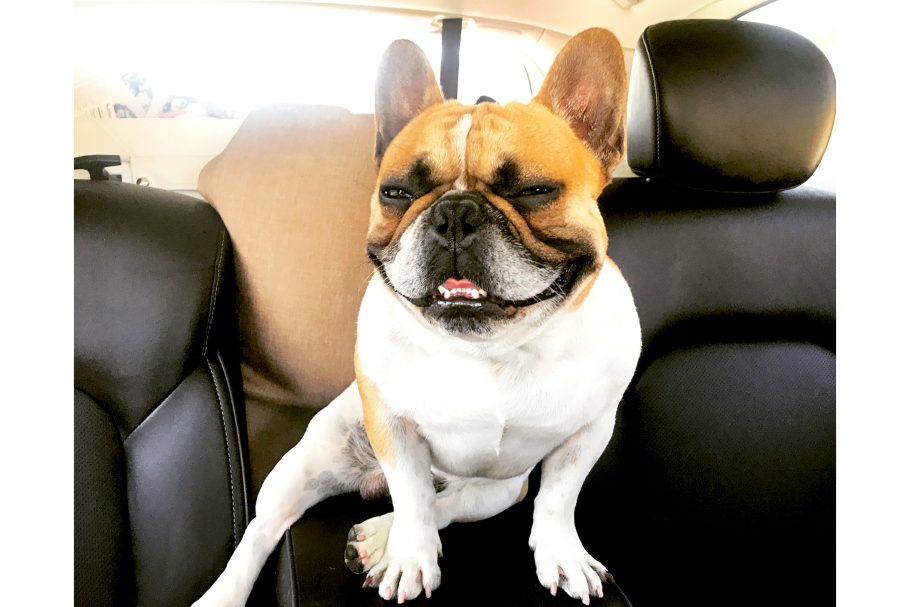 He’s only about 3 years-old, and he is suffering. Without necessary surgery, he probably will die young, poor fella! 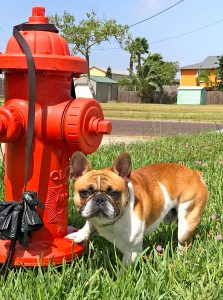 Lulu has a “soft-palate”, and Stenotic Nares, a birth defect in the nose that blocks breathing through the nose. You can read more about Nares HERE. These conditions also give him sleep apnea, a condition the same for people as it is for dogs: a sudden stop of breathing while sleeping, resulting in a jolt to wakefulness. And just like in people, it causes sleep deprivation, health issues, and can be deadly.

Now Lulu is a special pup. Two years ago his owner Sarah was out walking on Shelter Island in San Diego, when Lulu literally popped out of bush by the sidewalk and ran up to her! At the time her husband was going through a difficult cancer treatment, and she had been thinking about getting him a dog as a companion…. and here was Lulu! Now of course, she first assumed he must belong to someone. Lulu is a Frenchie and very cute, so she took him to a friend’s place and they started looking for owners. He was overweight, which seemed to indicate he was being fed, but he had no microchip, no signs of ownership, and he also had a bad ear infection and some other problems from neglect. 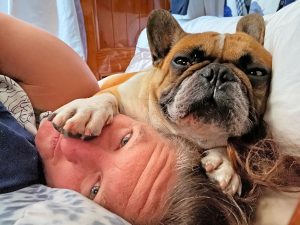 They also noticed that he snorted, a lot. But he was a happy little guy, and right from when he popped out of the bush he seemed really attached to Sarah. Well, they spent 60 days looking for owners, and in the end none were found. So, Lulu moved in and became part of the family. Sarah’s husband beat cancer back, and started to recover, things were looking up….. except that Lulu’s breathing issue seemed to get worse. 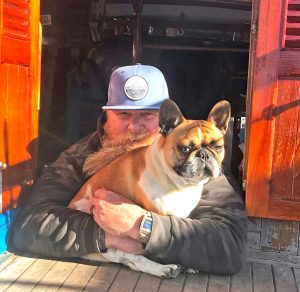 He would wake up suddenly and gasp for air, and seem unable to catch his breath. You can see an example in the video above. Visits to the vet, and then a specialist, determined Lulu’s problems. But the surgery is expensive. Sarah has been following the doctor’s advice, making a propped up bed for Lulu, so he sleeps with his head up, not flat. And she watches over him sleeping, when she can. However, these are just stop-gap measures. And worse, Lulu’s condition seems to be deteriorating. 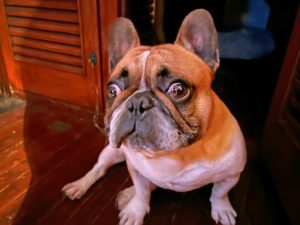 Sarah and her husband have done a lot for Lulu. They got his weight down from 30 to 20 pounds, for example, which does help with his condition. But the doctor is pretty clear: Lulu needs this surgery soon. 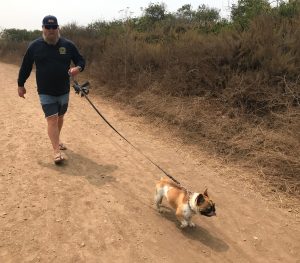 Sarah’s husband is a retired Navy Master Chief, and served in the Navy SEALS. She works part-time. But they just don’t have the money for the surgery Lulu needs. They live on a pretty fixed income, on a small boat in the harbor of Shelter Island, and they really need help getting Lulu the surgery he desperately needs. All donations are only for Lulu, and only paid to the vet when the surgery is done. Can you help Lulu get the life saving surgery he needs today? 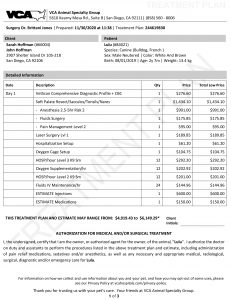 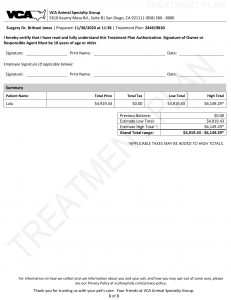