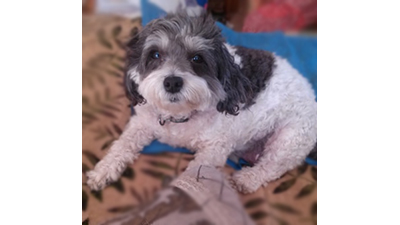 Found stray as a puppy 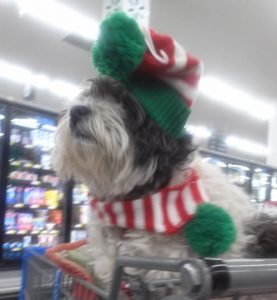 Margaret had a coworker that traveled around Los Angeles and was out and noticed a little furry thing following a man on the side of the street. For some reason this lady stopped and asked the man if she knew the puppy, he said no. After a while the lady decided to pick up the puppy. She took the puppy back to work and that is when Margaret met the dog that saved her life. Margaret had just lost her husband and Lollipop has filled her heart with joy after such sadness.

Things are getting worse for Lollipop. Lollipop periodically has blood in her urine, she going more frequent, seems to be straining and acting like she’s in pain. The vet has Lollipop on a special diet with low protein to prevent the stones from coming back. Unfortunately, they are back. Margaret is also giving Lollipop holistic cranberry spray and Uristat for the urgency. Margaret says it seems to help a little but surgery is needed sooner rather than later.

A few years ago Lollipop  had surgery to remove the stones where Margaret had to pay for that at the time. Margaret is a widow and currently looking for employment. She is asking help for her precious 7 year old baby. Margaret says:

“Lollipop is the best additional to her life. She also is the most serious Walmart shopper.” 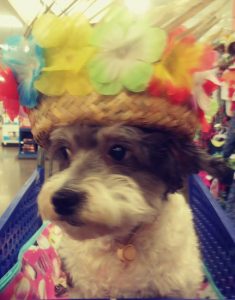 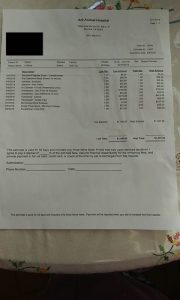