It's time for this little one to have his back teeth pulled.
Successful 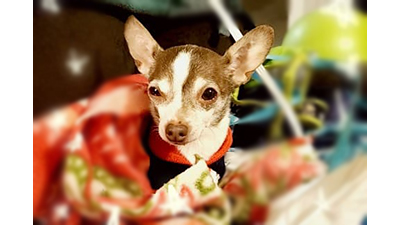 Little dogs seem to have the worst luck with teeth. Peanut is no exception to the rule. He is an almost eleven year old Chihuahua mix. He does have a grade two heart murmur. This condition does have a slight concern for the doctors so he will need an ECG (electrocardiogram). “An electrocardiogram (ECG or EKG) is a recording of the electrical activity of the heart. It is a safe, noninvasive procedure that uses clips (electrodes) placed on the skin over the chest and legs. The ECG is used commonly to evaluate the heart rhythm and identify abnormalities (arrhythmias) in the heartbeat.” The doctors need to know if he heart is strong enough to withstand anesthesia. 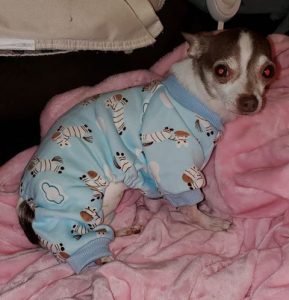 Ruth adopted Peanut almost two years ago when he was nine years old. Peanut’s previous owners didn’t want him anymore so Ruth took her. Peanut was in bad shape. Underweight, missing chucks of fur and four front teeth that needed to be pulled. Within the first few months of having him Ruth paid for his first surgery on his teeth.

In January 2019, Peanut ended up having

approximately 4 rounds of dialysis. He was urinating most of his protein (he only weighs 4.6 pounds so any protein loss is crucial).  Peanut ended up on daily meds for his kidneys. Peanut gets monitored for that thorough bloodwork and urinalysis. About 2 months ago Ruth had to rush him to the vet for vomiting and drop in temperature. His temperature had dropped significantly, so bad he had to stay at the vet for the day. He was also diagnosed with a grade 2 heart murmur at that time.

Peanut has had a lot of health issues racking up medical bills this last year. Now he has an infection in his teeth that need to be addressed. Dental disease can spread thorough the body and he already has kidney and heart problems. Ruth has had multiple surgeries and isn’t able to work. There is one income and not any extra’s to pay for another surgery at this time. Unfortunately, time is very important with his dental diseases. 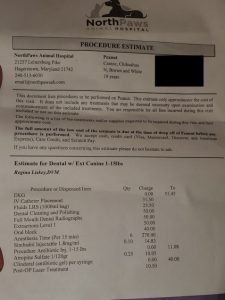 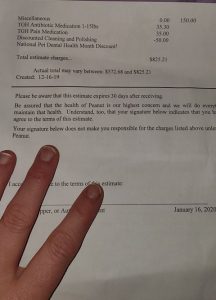