Abscess grew up into his eye, then burst, ripping open his cheek.
Successful 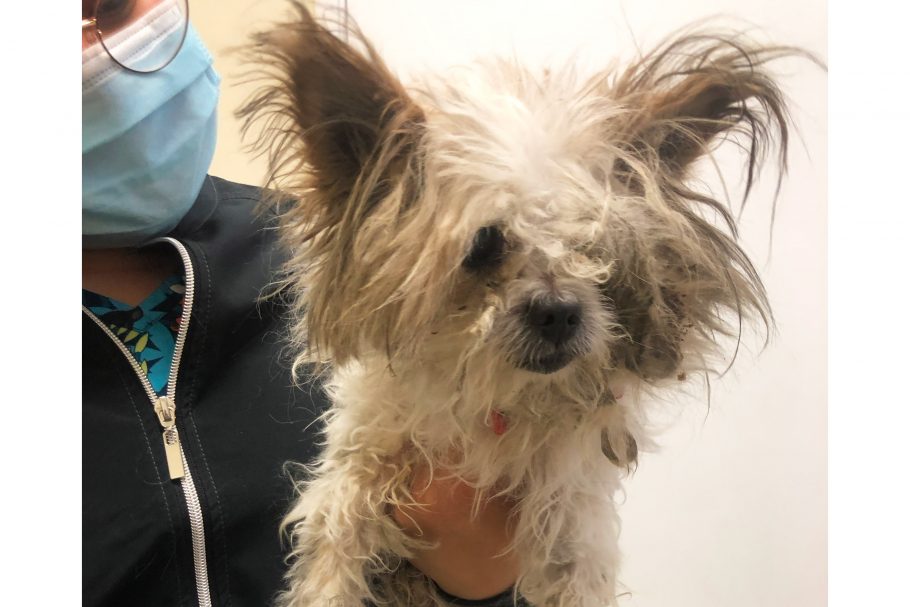 Found stray in Bell, California, this little guy was a mess!

The nurse at the vet office (thank you Westside Pet Clinic!) said he looked like a chocolate chip, so we gave him the temporary name Chip! 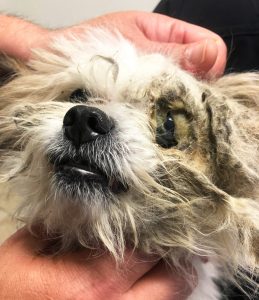 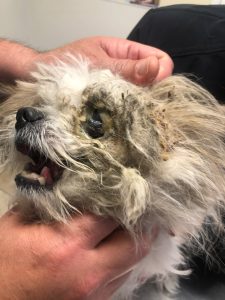 The doctor thought his eye was infected from the matted hair,

but it was something else! 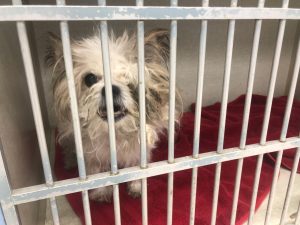 Chip had an abscess (infection) in his rear left teeth.

It burst, through his cheek, splitting his face open. 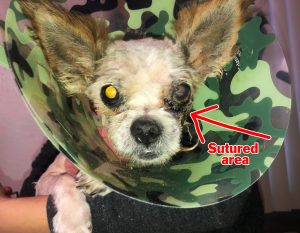 Yes, really that happened. Doctor Adams sedated him and started to shave the mat on his left eye, expecting to see hair in the eye, and then clean it out. Instead, he discover the mat was covering an open wound, as if poor little Chip had had his mouth sliced open! We have some photos where are here: Photo 1, Photo 2. They are graphic, so we did not put them on the page, click only if you are ok to see them. 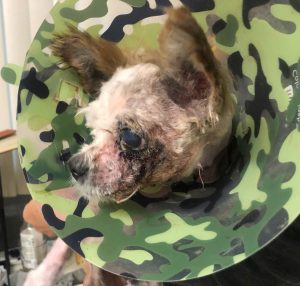 Fortunately Doctor Adams immediately determined what had happened, the abscess had grown up to the eye, burst and split Chip’s cheek open. The resulting wound had been covered over by Chip’s hair. The doctor cleaned it, remove some teeth, and then sutured Chip up. The procedure went well, and Chip should make a full recovery! 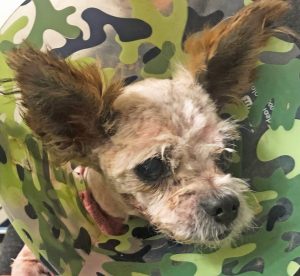 Good News! Chip will be OK!

In the video below Doctor Adam’s explains what happened:

Little Chip needed a lot! We are very lucky to have access to a skilled doctor and a clinic that saw us on no notice! Chip had a lot done, not just his surgery, but also a neuter, full shaving, vaccines and tests. You can see the charges below, which is to be honest, very reasonable.

This campaign is to raise money specifically for Chip and his care, while any extra money raised will be used for other rescue dogs like Chip that we get in. Now that COVID restrictions are ending, people are going back to work, and children back to school, and some people are finding they no longer have time for their dog…. and are abandoning them to the streets and shelters. We have seen a sudden rise in the number of strays (dumped most likely) and surrenders both to us directly and to the shelters. Some of these dogs are healthy, but some (like Chip), have serious medical issues. If you can help with a donation, all of us, and especially the Chips, would appreciate it greatly! 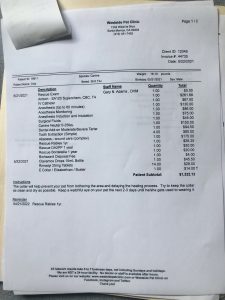 Chip found a home with a young woman on the westside of Los Angeles! He has the place all to himself, which he will love! Lot's of attention, good food, and his own chill pad... it's all looking great for Chip. All of you who donated made this happen for him, thank you!! 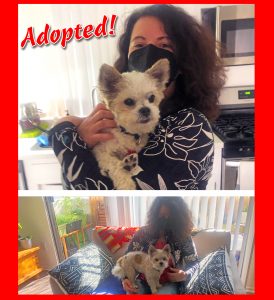