Rescued from Memphis Animal Services, he was 60lbs underweight, with numerous health issues, including a damaged elbow that needs orthopedic surgery.
Successful 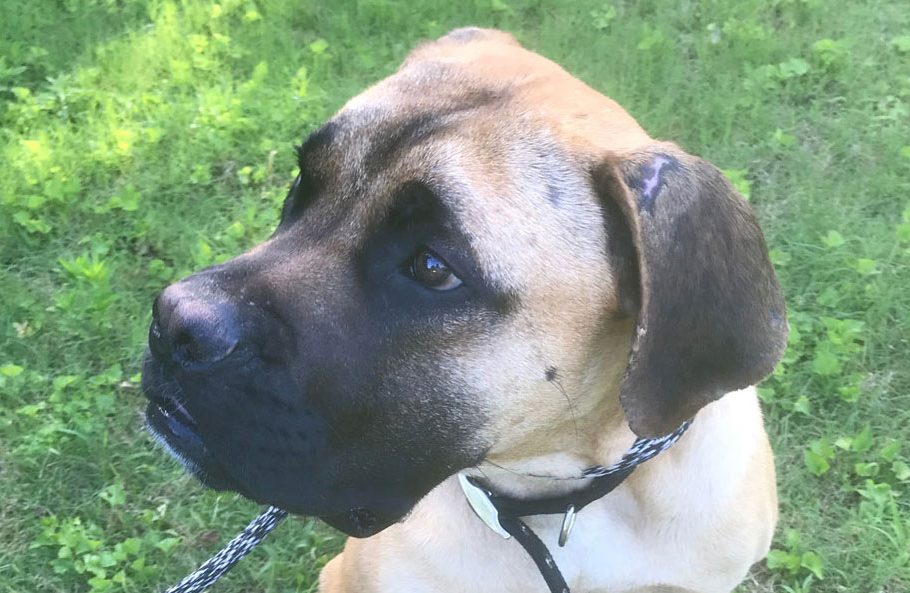 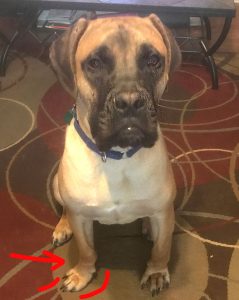 Brought in the shelter skin and bones

He lost 6 more pounds there

Finally rescued by a shelter volunteer

Legend was brought into Memphis (Tennessee) Animal Services skin and bones. He should be over 120lbs, but he was only 76lbs. He is just two years old, and despite his neglect and injuries he was very friendly.

We was weak and approaching organ failure. Poor Legend was so malnourished it was later determined he had bone-marrow suppression, his body could not even make enough red blood cells! (Fortunately this is now reversed).

A volunteer in animal rescue, Kelly, saw Legend and was immediately attached to him. Kelly had recently lost her Mastiff to cancer, and decided she was going to save Legend!

Besides the malnourishment, he had a bad limp on his front right leg, sores, and fly-strikes. Fly-strikes occur around the ears where fly bite the dog opening up sores, which then attract more flies. You can see how these looked shortly after he was released from the shelter: 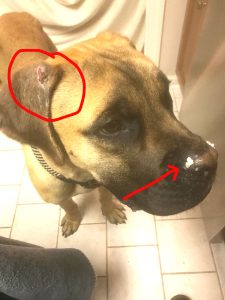 And how even now he has some permanent scars: 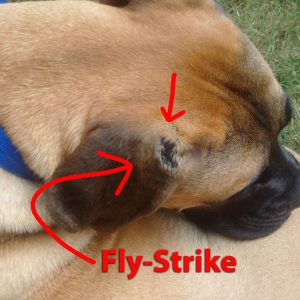 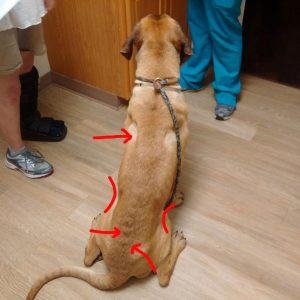 Legend was not doing well in the shelter, and when Kelly got him out he was down another 6lbs to just under 70lbs. This for a dog that should be well over 120lbs!! (He is currently 115lbs, and gaining!)

Legend got out of the shelter and into Kelly’s home at the end of May, it’s now well over two months and he is finally doing pretty well internally. His blood tests are normal, etc… 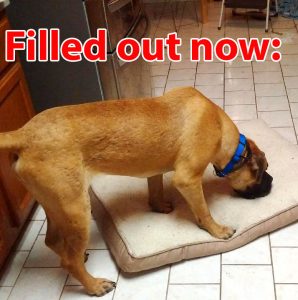 During these months though his limp on his right front leg has gotten worse, and Kelly has had him to the vet, and then a specialist, and now has also paid for a CT-Scan.

What Legend and Kelly need:

Kelly has spent well over $2000.00 treating Legend already, and for his CT-Scan. The specialist states that Legend needs an “elbow arthroscopy”. Basically his elbow is damaged, and full of fragments of ligaments, as well as spurs on the bone. 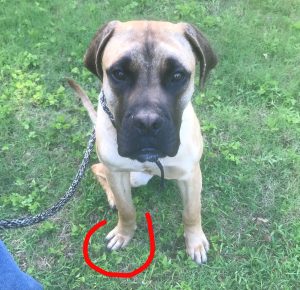 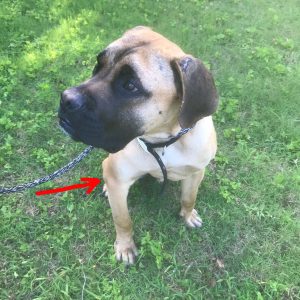 The specialist needs to go it, clean up the joint, smooth out the bone and otherwise fix his elbow.

It’s a big deal because with a large dog like Legend, if his elbow isn’t fixed it will start to impact his other front leg, and even, eventually his rear legs. And of course it is painful. You do not notice Legend acting in so much pain (though of course he limps, and he is not as active as he should be), probably because the poor guy has never known NOT being in pain!

He is only two years-old, and with surgery should have a normal, full and healthy life… but without surgery he will just get worse and worse and have many complications!

Kelly is not wealthy, and has already spent her available money getting Legend this far. She is only seeking to raise money for his elbow arthroscopy specifically, and all donations will be held by us and only paid directly to the vet for this procedure when it is performed! Donate in confidence! Can you help Legend today? WOOOOOOF!! 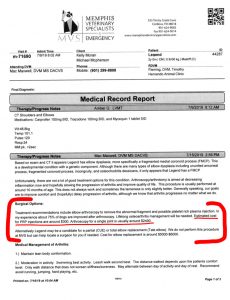 Click here for the full vet report as a pdf file 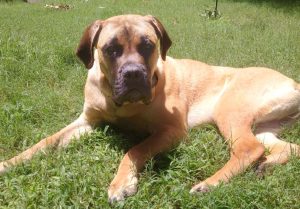