She needs her leg amputated, so she can get adopted!
Successful 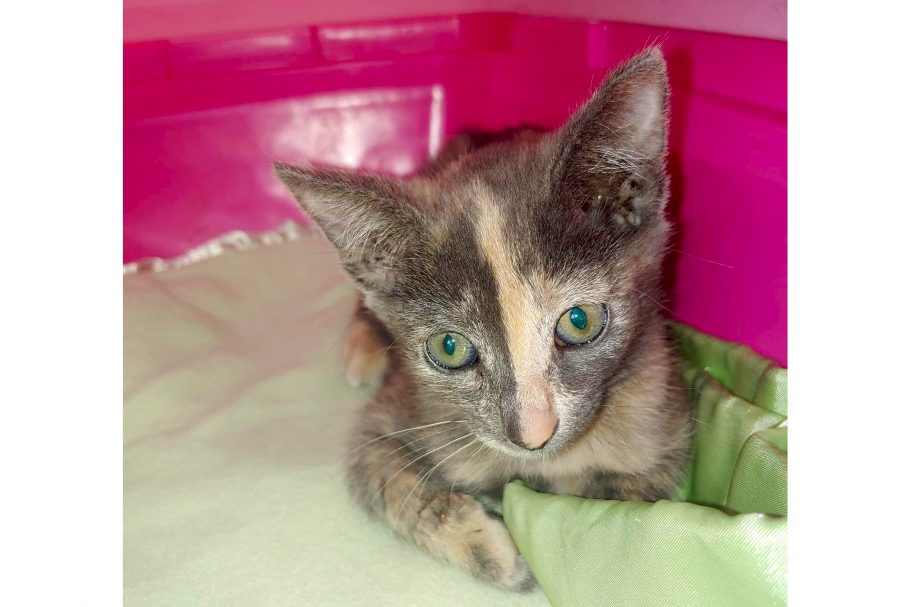 She has a “Dead Leg”

This little kitten was found hiding in the engine of a car in the city of Bellflower, California. Fortunately she was found before someone started the car!

A rescue, Kitty Coral, took her in and named her Lacy. Little Lacy got a temporary foster home, and she got her vaccines, treatment for ringworm and some other work done… but the big thing was she dragged her right arm. In fact, on examination, the arm doesn’t work at all, it just flops. 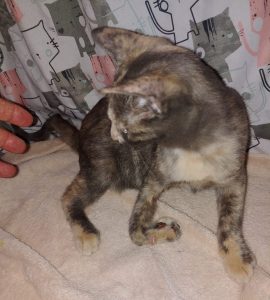 How did it happen? We can’t be sure, but it is from some trauma, somehow her arm got smashed, probably when she was only a few weeks old.

The problem is, the arm has to be amputated. It doesn’t look good, but more importantly it will lead to medical complications later in life, and since there is no feeling in the arm, it is possible she could hurt herself badly getting it caught in something, pulling it, etc…

Video of her playing:

Kitty Coral is a small rescue and does not have the funds for the surgery. They have already spend a lot of money on Lacy, and really need about $1000 for her surgery and some follow up costs. They managed to raise about $300 on Facebook, so now Lacy needs just $700 to get her arm taken care of, and then get adopted!! 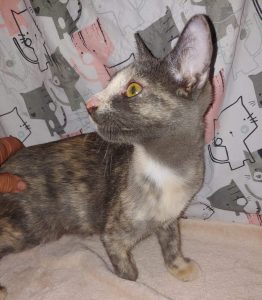 Can you help this little kitty get her necessary surgery so she can then get adopted? All donations are paid right to the rescue!! Thank you. 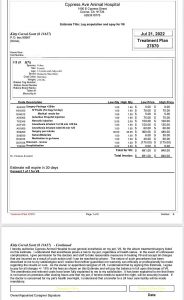 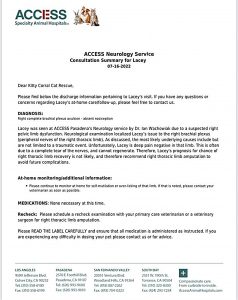