Koby, thought to be 9 years old, is really 14! He needs blood work and x-rays to determine a course of treatment for the complications he's experiencing in his old age.
Unsuccessful 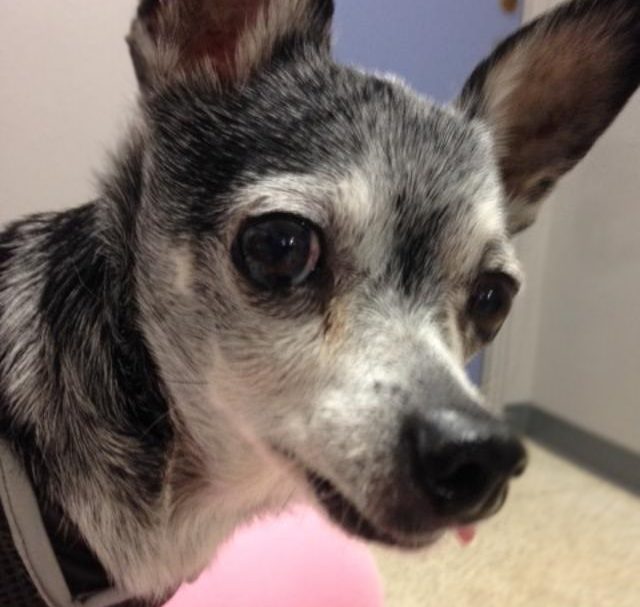 This cute little guy is actually 14 years old. Seven years ago he was adopted by his owner Carolyn and was believed to be 2 years old at the time. Turns out Koby is more like 14 and as he moves up in numbers his body is paying the price. 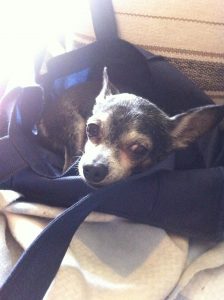 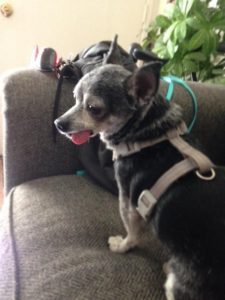 Koby has a loud heart murmur, a startling dry cough, and to top it all off his legs pop out causing him excrutiating pain (we believe to be the infamous floating kneecaps  which occur in many small dogs). 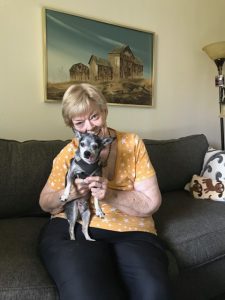 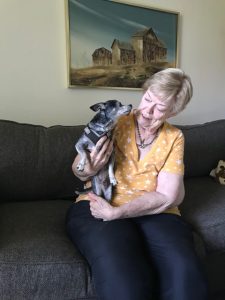 Carolyn is on limited social security and has done everything she can to care for Koby since she adopted him. She’s payed for his general care and has done all she can for him provided her income. She adopted him looking for a companion and a best friend and she fell in love with him the moment she met him. She doesn’t care that instead of 9 years of age, he’s really 14. He’s her heart and she wants to do all she can to help him. Koby and his sister Nikky are two peas in a pod and Carolyn can’t imagine losing other one of them. 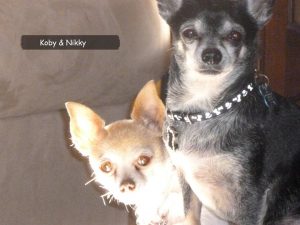 Koby will be seen and possibly treated at El Cajon Valley Veterinary Hospital. That is where they will determine the cause of his murmur, the popping in his bag legs and his nasty cough. 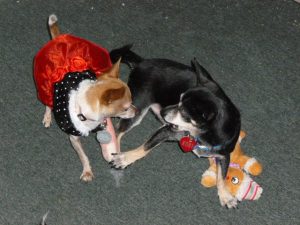 We’ll keep you updated on this little guy’s story but for now, please help Koby get his diagnosis! 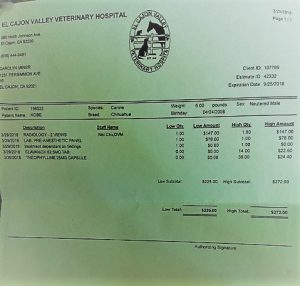 “Koby was rescued from the SDHS, where they said he was two years old. I wanted him so I could have a companion and someone to hug and cry to. I had just lost my son; Koby helped me cope a little better. His vet says he’s really about 14 years old. Hmmm. He was 2 when I got him seven years ago??? In any case, my little buddy is not aging gracefully.The vet needs to take x-rays and tests to determine the cause of his problems. He and I are both hoping you can help. I can’t lose him – he’s my world.”

We raised a total of $120.00 for Koby. Unfortunately, Koby's nasty cough can't be helped. After some more tests and a full work up, Doctors have determined that there is no medical treatment that can take this cough away. We're hoping Koby will get through this naturally, if not euthanasia might be an option for this poor little guy. We're working with Carolyn and looking at options for him.

Thank you for your Donations and Support

Unfortunately,  Koby's cough was just too severe and he was euthanized. Our hearts are with Carolyn as she goes through this process. She has rescued a new pup who is helping her through this time and we hope they both continue to have happy, healthy lives. We will be contacting you about your donation shortly.