Recently Kiki found her home! But she got out and got hit by a car, poor thing.
Successful 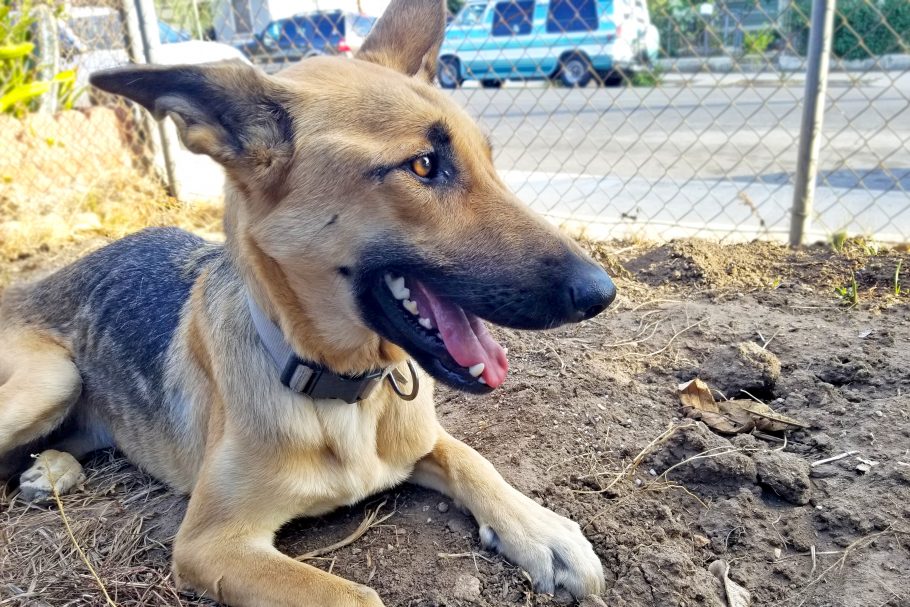 Hit by a car, her hip is shattered

Kiki is a rescued dog. She has a good home now, but she got out and apparently got hit by a car. When new owner, Lisa, came home from shopping her dog Rocky was there at the gate, but Kiki was gone. Still not sure how she got out, but she did.

Lisa went out looking for her, and after hours of driving around saw an Animal Control truck. She went up and asked the officer if he had seen Kiki, and guess what? Kiki was in the back of the truck! 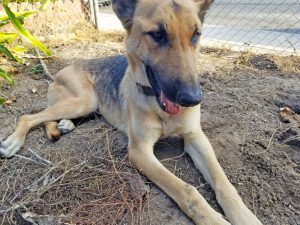 Animal Control turned Kiki over right there, and Lisa took her to the vet. She ended up going to a couple different clinics, buy finally ended up at AM PM Ideal Pet Care. As you can see in the x-ray below, her hip is shattered. Compare the damaged hip “A” to the normal hip “B” (click image to enlarge): 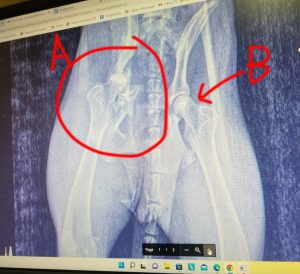 Kiki was originally rescued by a friend. Kiki had been hanging around the parking lot of an Amazon warehouse and the man worked there. He brought her water, and then the next day food, and after a few days Kiki trusted him enough to get in the car! She was covered in ticks, very skinny, but a friendly and great dog. 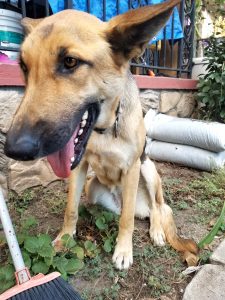 They got her healthy, and were trying to get her adopted, but she was too big… they just couldn’t find anyone who wanted such a big dog, so Lisa introduced Kiki to her big boy Rocky, and the two got along right away, so Lisa adopted her! 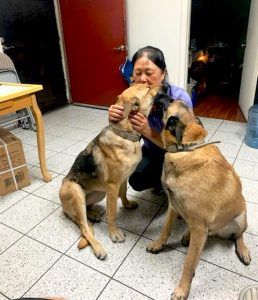 Kiki has been such a fun an active girl, but now she barely walks (see the video above), and even sometimes pees on herself in her bed, rather than get up. She has pain medications, but it is not enough obviously. Dogs like this will often not yelp or act like they are in pain, they are very quiet about it, but you can tell from their actions. 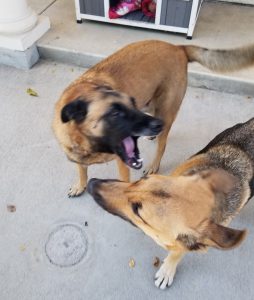 Lisa lives at and works for her church in El Monte, California. She doesn’t have much money, and unfortunately this kind of orthopedic surgery is very expensive. She has gotten about $2000 together. We are working to see if we can get more discounts, but honestly, the price is pretty low considering the procedure. All donations are for Kiki, and paid only to the vet when surgery is performed! Thank you. 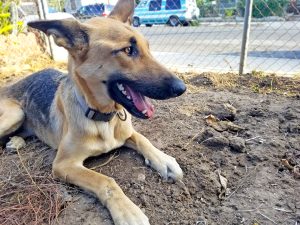 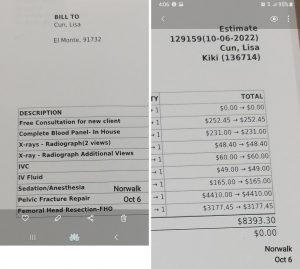