One more surgery, and this sweet boy (and service dog!) is going to be perfectly healthy!
Ending Soon 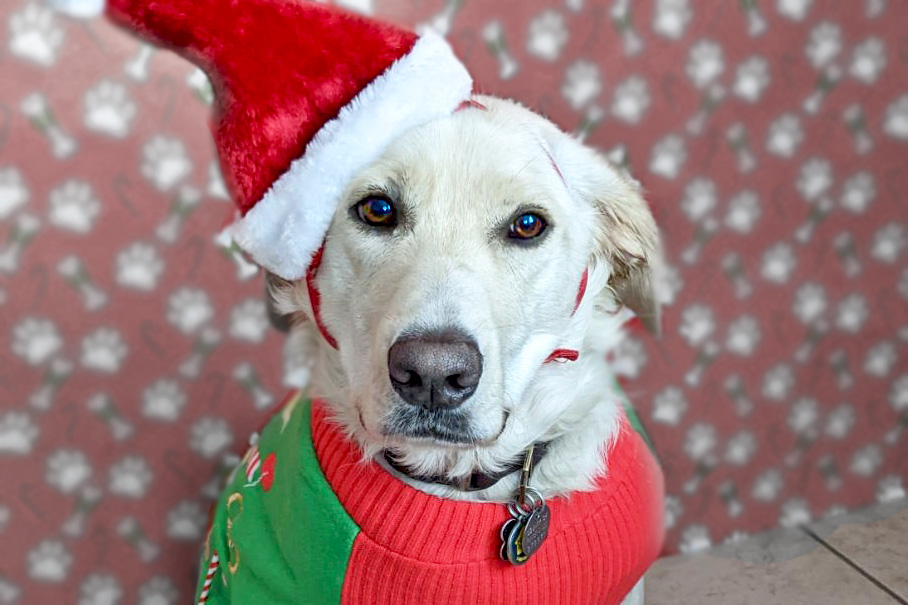 Jasper got his leg fixed

Now is time for the other leg. Jasper needed knee surgery on both legs. One was worse than the other, and he had a successful fundraiser for that leg, had the surgery and has recovered now!!

Post surgery on the first leg, now all healed! 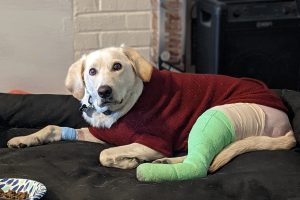 So this means: Time to do the second leg. Only one leg can be done at a time, and the knee has to recover enough to support the dog before the other leg can be done. Jasper is now at that stage, and it is time for his second, and last surgery! (His first fundraising campaign is HERE)

Here is is almost fully recovered, bandages off (now he is all good, no cone): 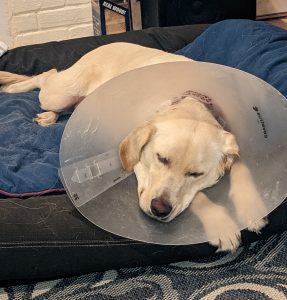 Jasper is a service dog for Tauna who is deaf, and autistic. Jasper was donated to her from a service dog breeder, though she trained Jasper herself. He is her ears, and also helps her in social situations where she can often find herself shutting down or not doing well. The are both very bonded, and a team. She takes Jasper with her everywhere, and he is literally her ears as well as her comfort.

Tauna really loves her dog, and she has done all she can for him. When he was a puppy he ate an orchid that they didn’t know was in the house, and he got very sick. It led to a gland infection and Jasper had to have surgery to remove the glands, which cost almost $2000. And though she was just able to get that done at the time, Tauna doesn’t have money. 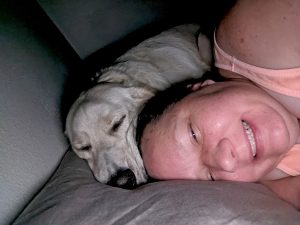 Jasper as a puppy: 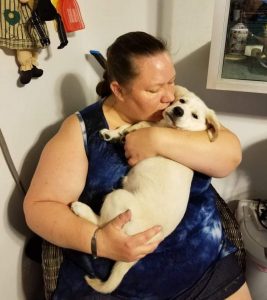 All donations are only for Jasper, and are paid directly to the vet when surgery is performed. This procedure will make a huge difference in both Jasper’s life, but also Tauna’s. He is such a young dog, it really is a shame to see him in this condition. Please consider a donation to Jasper knowing that your donation will directly go to pay for his surgery! Thank you.

Jasper has about $400 still available from his previous fundraiser, so he needs $3600 now to cover these estimates (click to enlarge): 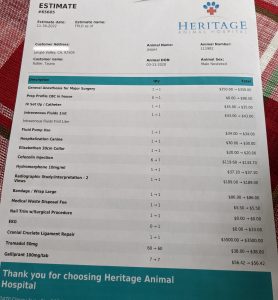 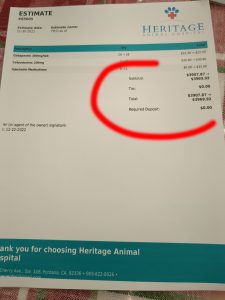