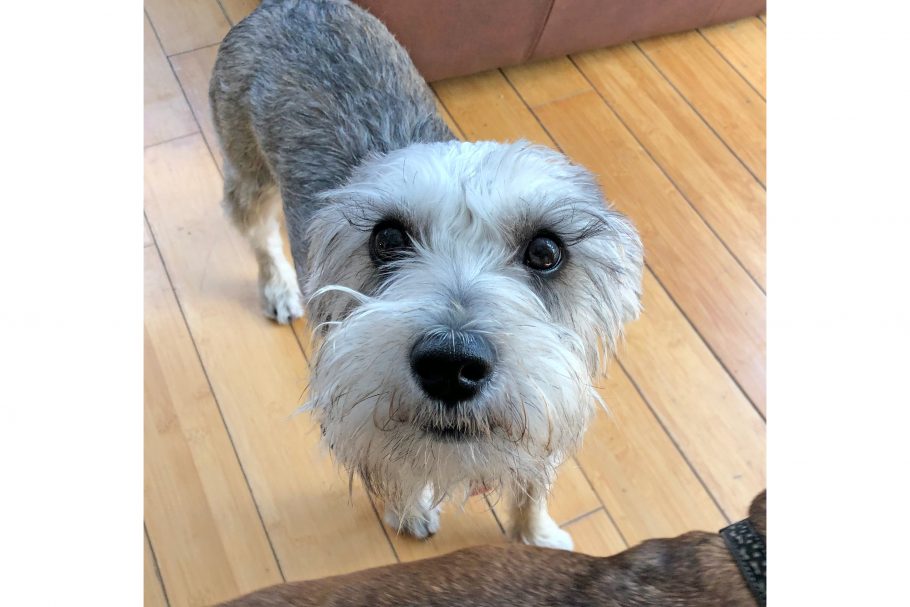 a puppy is born!

Little Hope is quite the story: She was in the Baldwin Park animal shelter east of Los Angeles in June of 2021. Heleen had seen her there, she was listed as having medical issues, not walking on rear legs…. something was wrong. Heleen saw that Hope had adoption interest, but when it came time to take Hope home, the adopters kept canceling! Heleen was worried Hope was going to be put to sleep, so she went down to the shelter and adopted her after the THIRD adoption canceled at the last minute.

Hope at the shelter: 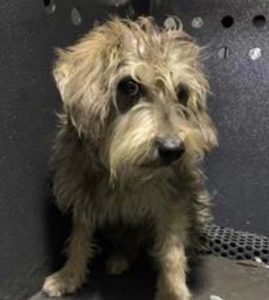 Hope was released on a medical waiver, not spayed. Heleen took Hope to a number of vets, including to get a second opinion, and the result was clear: Hope needs FHO surgery. Femoral Head Ostectomy is done on the femur when it connects to the hip. This procedure has a very high success rate, and restores the ability of the dog to use their leg. You can read about it here. 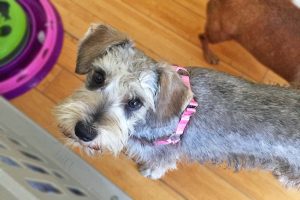 Heleen spent over $600.00 taking Hope to various vets, finally getting an estimate for Kinder for Rescue, a non-profit clinic in the San Fernando Valley. Hope’s injured hip prevents her from being spayed until the FHO surgery, so that will need to be done also, but a surprise was coming. At the end of June Heleen and her daughter reached out to us to start a fundraiser for Hope, and we were working on that when out of nowhere, on June 29th, Hope had a puppy!! 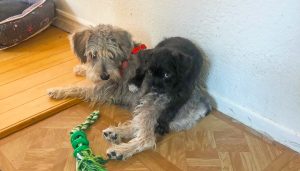 No one had noticed that she was pregnant and Hope only had the one puppy, but this did delay the surgery. Hope, now Hope Momma, needed to recover from giving birth, and also should not be on medications while nursing. 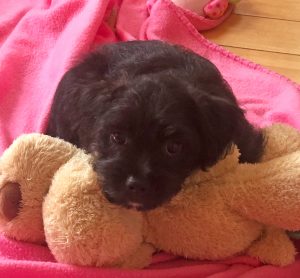 Now is the time! It has been three months, the puppy is no longer nursing and doing great, being adopted by Heleen’s daughter. Hope Momma went back to the vet for a new set of x-rays, and of course still needs surgery. Also, the Humane Society of Pasadena, where Heleen volunteers, confirmed that Hope needs to be spayed either during the FHO procedure, or after, but not before. 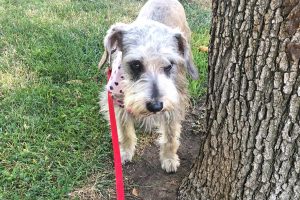 Heleen works as a care-giver full-time, but it is basically minimum wage, so she does not have a lot of money… and she didn’t expect the expense of a new puppy either! All donations are specifically for Hope Momma and are only paid to the vet clinic when surgery is done, never to the owner or other individual, so if you can, please donate in confidence to Hope today! Thank you. 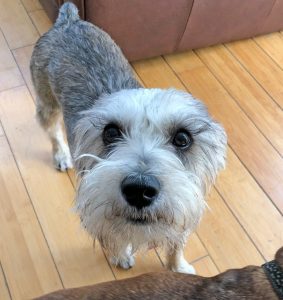 Vet estimate and some x-rays (click any image to enlarge): 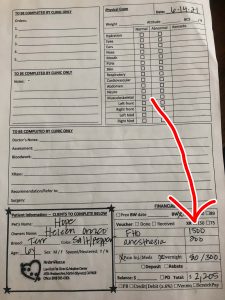 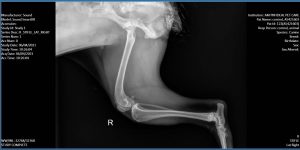