Hook beat cancer, but has gone into remission and needs further chemotherapy.
Successful 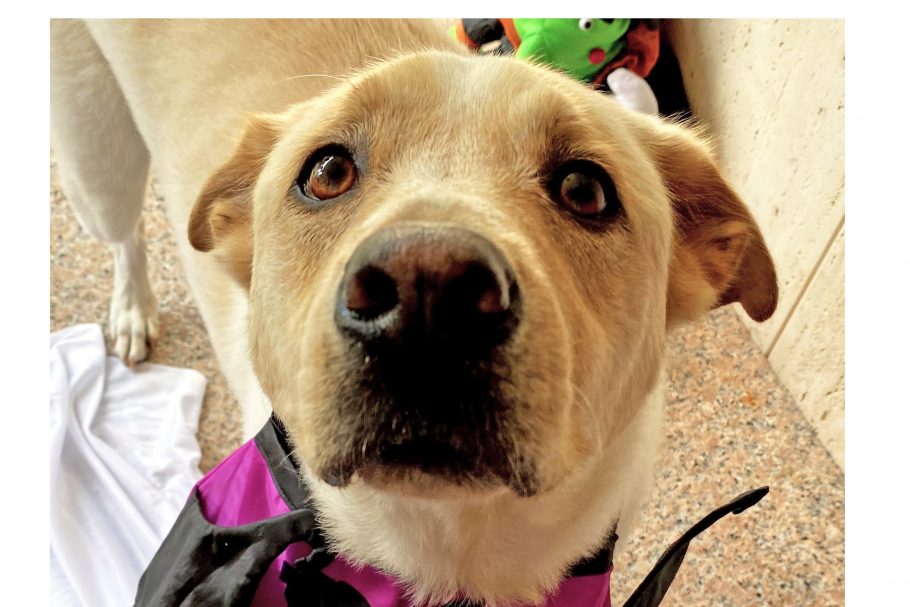 Hook was treated for Lymphoma in 2020, and appeared cancer free in May of that year.

However, regular testing of Hook showed remission (return) of the cancer in April.

He started a treatment, that didn’t go well, and now has a new treatment plan to finally kick this cancer’s butt! 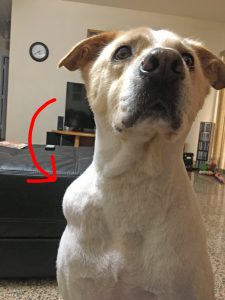 Hook’s family rescued him from the shelter in 2014, when he was a 3 month old puppy. He has been a great family dog since then, and is a super cutie as you can see: 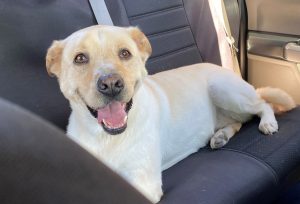 In early 2020, after a visit to the groomer, Hook’s mom was giving him a bath to wash out his clipped hair, which sometimes would collect in the folds of his neck. She noticed a weird bump, and got Hook to the vet that week. When the vet did a visual inspection she was immediately worried that it was cancer. A biopsy revealed that it was.

Hook then spent March through May getting treatment for his cancer. 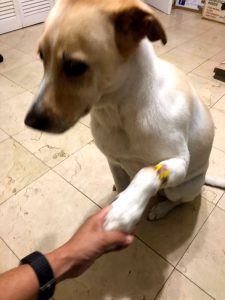 In May he was declared in remission, and the treatment stopped. The family had spent nearly $6000.00 but it looked as if Hook was going to be ok! After that Hook went back for monthly check ups, which were fine until April of this year. 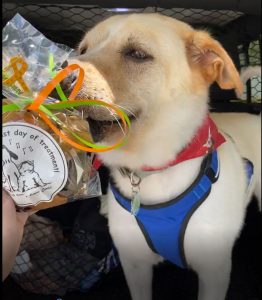 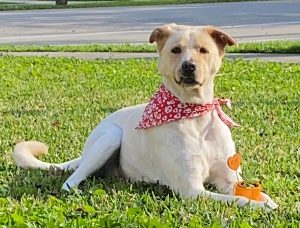 Documents about his remission: 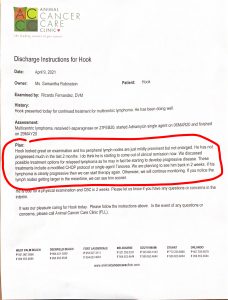 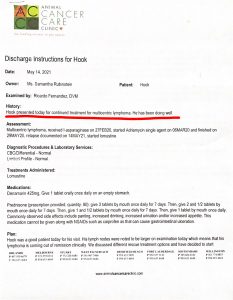 Estimate for second round of chemo: 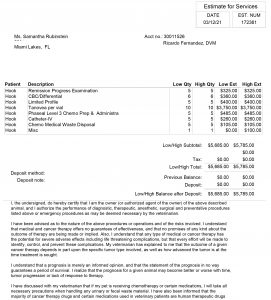