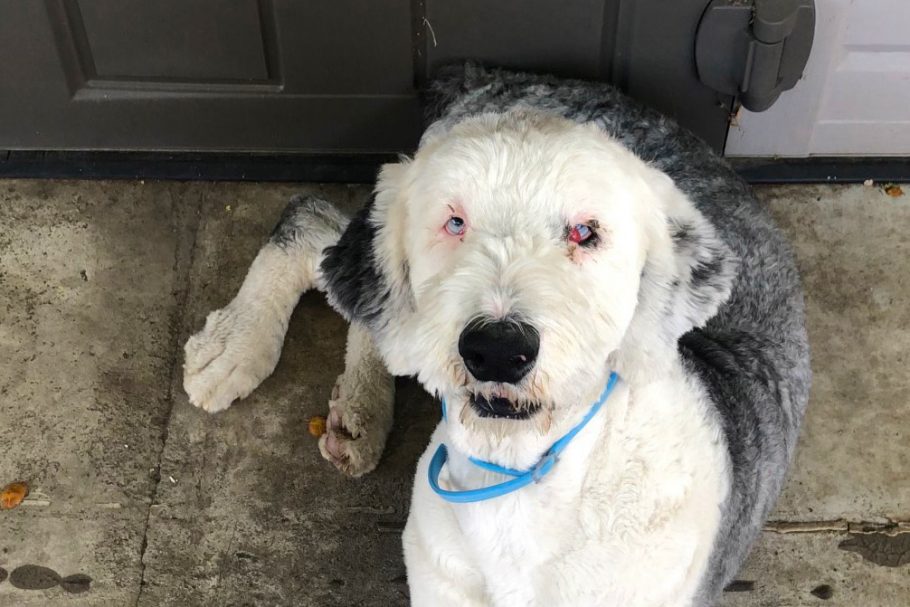 Henry is just a 1 year old puppy. His owner, Candice, got him from a cousin when Henry was just four months old. The cousin didn’t have time for him, leaving him alone most of the day in the back yard, and was considering giving him to the animal shelter. 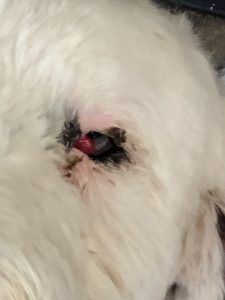 About two months ago Candice noticed that Henry had a small red bump on his eye. It wasn’t bad, but it was not right either, so she took him to the vet, though it took a while to get an appointment. The vet told her it was “cherry eye” a condition where the membrane in the eye inverts (or prolapses) and bulges out as a red sore. This can lead to dry eye, and damage the cornea.

Click PLAY on the video above to see Henry’s eye

This vet gave her an estimate of nearly $2000. For Candice this was an unreachable amount. She is a single mother of two, and had recently lost her job at a medical clinic when the clinic had to close. But it turned out that Candice had applied for free pet food through a program with Fix’NFidos a charity founded by Kacey Montoya of KTLA Channel 5 in Los Angeles. When she was approved for free pet food, she asked if they knew any organization who could help with the cost of Henry’s procedure. 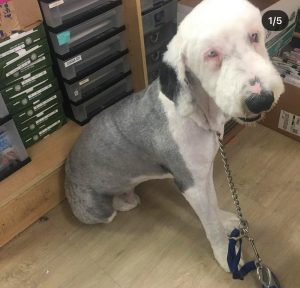 Kacey was able to help her find a much more reasonable vet and reached out to us to start a fundraiser. The price for this surgery is now about $400, which is a very good price. All donations are held by us, and only paid to the vet when the procedure is performed. Can you help this young puppy Henry get his eye fixed today? 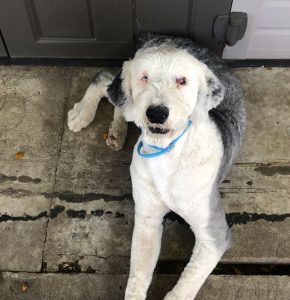 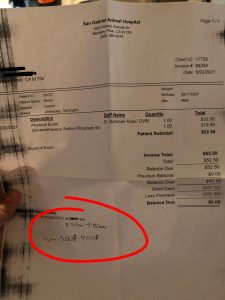