Poor Mr. Bill was misdiagnosed! Which led to problems with his sciatic nerve and ruptures in both cruciate ligaments. Mr. Bill needs 2 more surgeries to help him walk again.
Unsuccessful 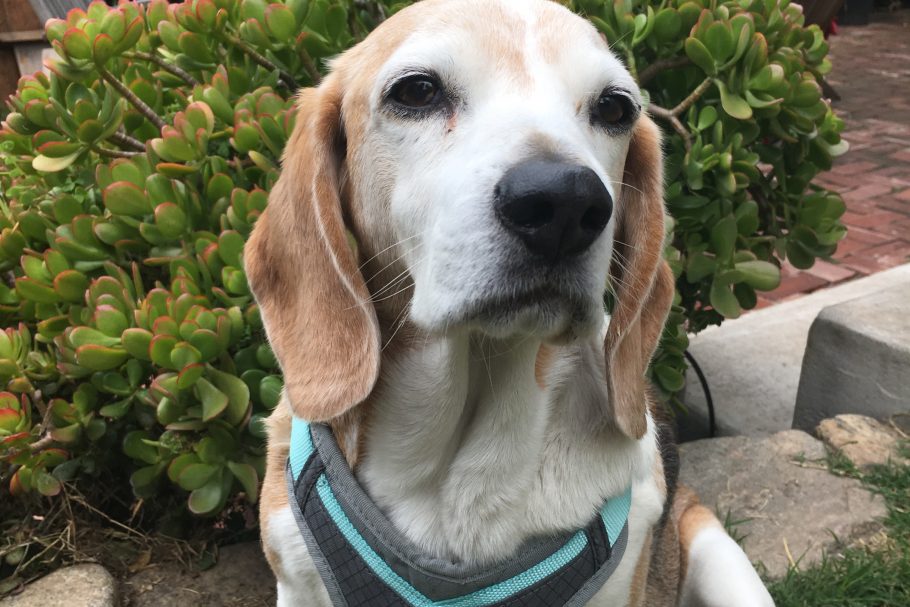 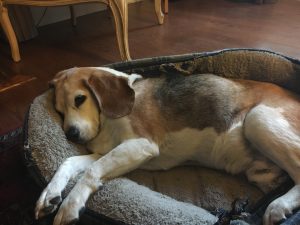 Mr. Bill is sweet, loving, little, beagle who has just gone through a world of pain. He has recently underwent an emergency Laminectomy. Somehow, Mr. Bill had a spinal injury and due to the misdiagnosis of this injury, Mr. Bill’s bad  sciatic nerves caused both of his cruciate ligaments to rupture. 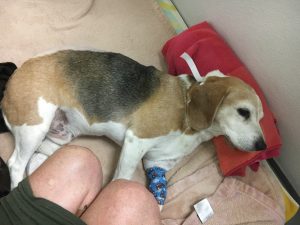 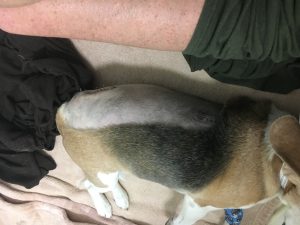 Mr. Bill has just gone into recovery and because he made it through this surgery with flying colors, he can now move on to fixing both his knees. A total of three surgeries need to be done in order for Mr. Bill to walk again. His owner, Mandy, has already covered one out of the three ($2700). This campaign will be for Mr. Bill’s second surgery, and we will continue to campaign for his last. 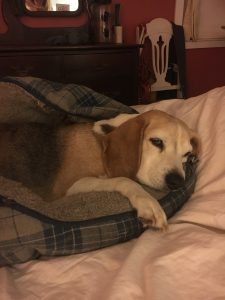 One day while surfing craigslist for a free piano, Mandy and her wife came across a free Beagle instead. Poor Mr. Bill was 52lbs, he couldn’t even scratch himself because he was so big. Mr. Bill’s previous owner had no idea what condition Mr. Bill’s health was in.  Mandy rescued him and took him to her vet. With a number of tests and a good physical, it was learned that Mr. Bill had a clean bill of health. Unfortunately, he was simply grossly obese.

It was time to get to walking! Mandy put Bill on a diet and they began walking off all that excess weight. Now, Mr. Bill is down to 30 lbs. With a new thirst for everyday activity, Mr. Bill is a joyful, loving, playful little dog. It’s awful that this has happened to him. Even now, while in recovery, he is trying to play and keep his spirits high.

As of now, Mr. Bill is on numerous medications (Stool softener, joint supplements, antibiotic, pain medication etc.). Mandy has given him knee braces to help him get around and go out to the bathroom. He will be waiting and recovering until his next surgery with Dr. Vanderfoof. So in that time, we want to raise as much as we can. Mandy herself has spent a large amount of money between rescuing and caring for him and now surgery. She need’s our help to get Mr. Bill through the rest.

Mr. Bil is so full of life and ready to get back to it. He survived his emergency back surgery and we’re positive he’ll survive these next two. There’s no reason he can’t!