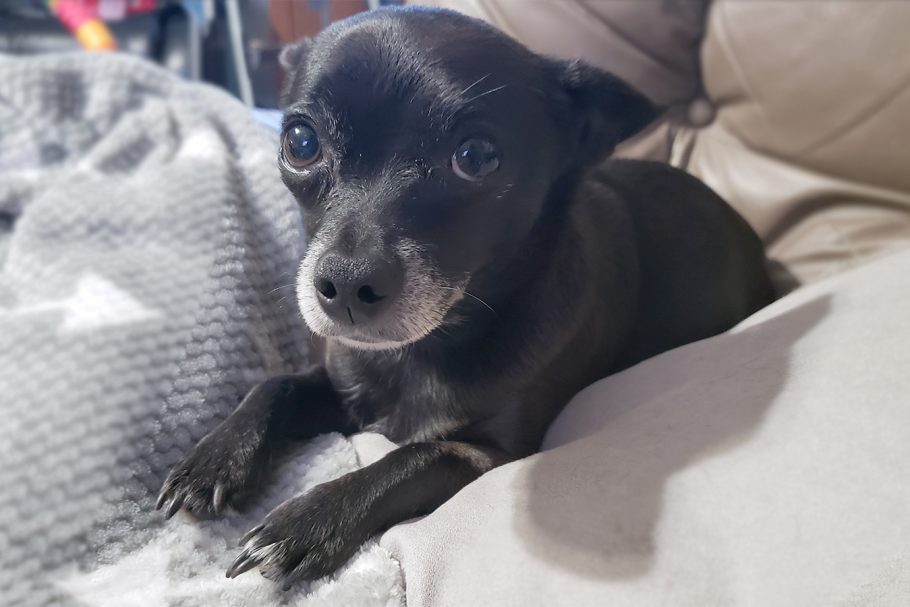 Last week Ashley saw that there was blood in her urine.

Gucci isn’t new to the bladder stones. She was diagnosed with this issue back in 2018. At the time the issue was fixed but now it is back. The stones are causing an issue where Gucci is unable to completely empty out her bladder. She is straining and going to the bathroom very frequent.

Gucci is on a special diet for her bladder stones but obviously that wasn’t enough. 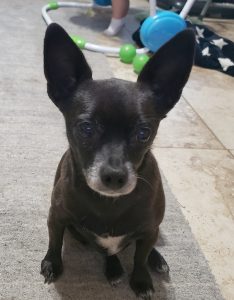 How Gucci came into Ashley’s life:

Ashley had a friend who’s dog accidentally got pregnant. After the puppy was old enough Ashley adopted Gucci; Ashley’s mom took Gucci’s brother and Ashley’s dad took her sister. The whole family is still connected and they are all doing good.

Gucci needs her stones to be removed!! She doesn’t have much energy and just lays around. 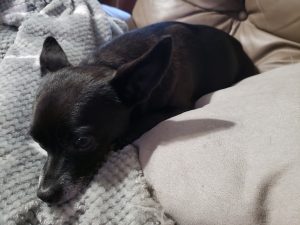 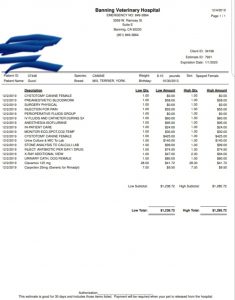 Ashley wants Gucci to be pain free. She hates seeing her like this. Ashley just had a baby and isn’t able to afford the surgery. She wants Gucci to stay with her and be healthy for the holidays. 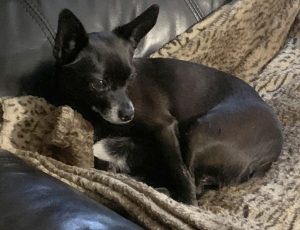 Ashley came to us after her Facebook campaign came to a stop. She raised $85.00 on her own, let us help her get the rest.

Gucci had surgery 1/9. Here stones were removed and she is back at home. Gucci will go back in two weeks for a urine test. Her stone results are still pending.

Gucci is back to her playful self!

Photos of her stone and her in the vet! 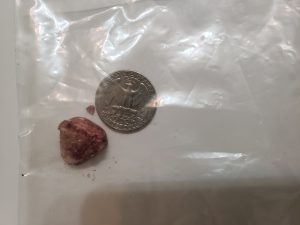 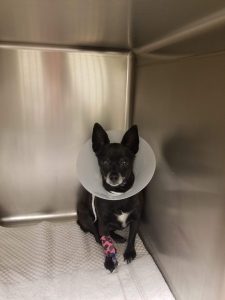