Young Golden who can barely walk, needs surgery to repair his knee and leg!
Successful 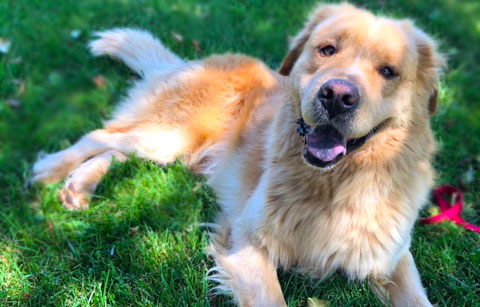 Brought in stray to the animal shelter in Barstow, CA

Right at the end of April, Golden Retriever Club of Greater Los Angeles rescued Rocky from the animal shelter. The shelter reported no medical issues with Rocky, but the rescuers noticed as soon as they walked him: He had a strange gait in the rear, and didn’t seem to like to walk. 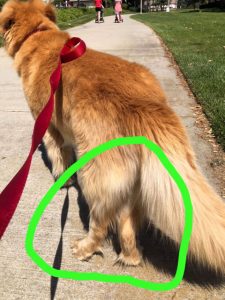 Rocky loves to go outside for walks, but can only go for very short distances before he needs to rest. 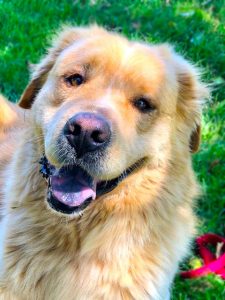 Well, it turns out Rocky broke one of his rear legs a long time ago, like when he was a puppy, and it didn’t heal right. Almost certainly he was never taken to a vet. So now one rear leg is longer than the other. Then what happened is he put so much more weight on his longer, good leg, he ended up tearing his ACL, a ligament in the knee. In dogs this will never heal without surgery, which is what Rocky needs! 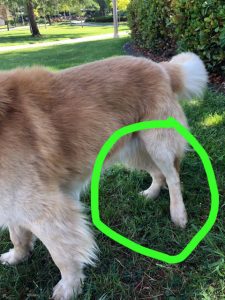 The surgery is called TPLO, and has a very high rate of success. This surgery will relieve Rocky of significant pain, especially when he walks. Once he has recovered he will also have to learn to walk using both legs more, and be watched for putting excessive weight on his repaired leg, but it should be ok.

But that is not all!

No, unfortunately poor Rocky has a few more hurdles to jump… he needs to be neutered, but one of his testicles never dropped. This is not a big deal, except it makes the neuter surgery more complicated, and thus more expensive. And TPLO is already a pricey procedure usually done only by a specialist. 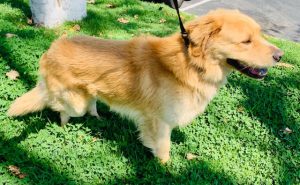 So OK, that’s it? Well……….. almost! X-rays showed Rocky also has a BB log lodged fairly deep under his skin. Yes, someone shot him with a BB-gun. He was probably shot a number of times, perhaps as a stray he was going on someone’s property who wanted to chase him off? Typically a BB will hurt, but bounce off, but every so often they get lodged in the tissue, and then they can sort of burrow in. Anyway, the BB has to be removed too.

So yeah, Rocky probably has had it a bit rougher than most of us! But he is a sweet dog! He’s a Golden! He’s looking at a bright FUTURE! So let’s get him there!!

Donations are for Rocky’s TPLO surgery (and neuter and BB issue). All donations are paid to the vet only, never to an individual. No fraud. Your donation goes exactly where you expect it to go: Rocky. Thank you for supporting him! WOOOOOOF!!!