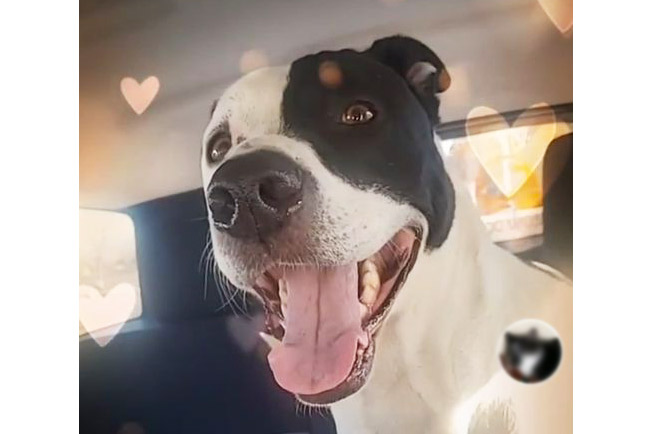 A freak accident left him paralyzed!

Goldberg ran out into the back yard, he had heard a noise. Nothing special, happens all the time. But he didn’t come back. So his owner, Tia, went out to get him. She found Goldberg in a small hole, just lying there. She tried to help him up, but he couldn’t stand on his rear legs! He didn’t yelp, didn’t seem to be in pain, but he looked sad, and clearly something was wrong. 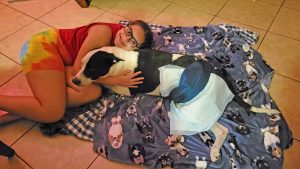 At the veterinarian it became clear what happened, Goldberg had injured his spine. Running in the night he had tripped over the hole in the yard, and fallen in just the totally wrong way to hurt himself like this. The doctor referred Tia to a neurologist, a specialist, and they confirmed the injury: Goldberg had damaged the area of the last two vertebrae in his spine, pinching the nerve, and paralyzing his rear legs and tail. The doctor explains in this video:

Goldberg is a rescue puppy

Tia rescued Goldbergs mom six years-ago. She found mom as a stray, probably dumped, in a rural area. Mom was skinny, and dirty and Tia took her in and fattened her up. Thing was, she really started getting fat, because it turned out she was pregnant! Tia adopted out all the puppies, but kept one: Goldberg.

He has been a great family dog, and is only six years-old now, too young to have such a debilitating injury!

Tia works as a home-care assistant, and though this is full-time it doesn’t pay that much. She also has two children still living at home. She spent over $1500 on Goldberg’s case so far, with the multiple vet visits, medications, and various items to help him with his paralysis. The estimate for his surgery, including a necessary MRI, is over $8000.00 and is just an amount that is not reachable for Goldberg’s family. Tia also applied for Care Credit, but was declined.

All donations at Free Animal Doctor here are only for Goldberg, and will only be paid to his neurologist for spinal surgery and his MRI. He is still a young dog with a lot of life ahead of him! Can you help Goldberg get the spinal surgery he needs today? 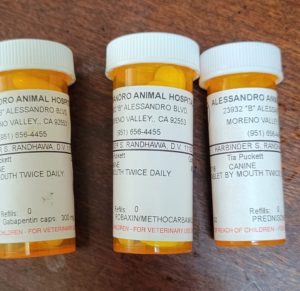 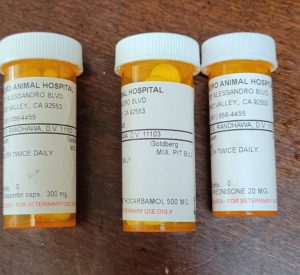 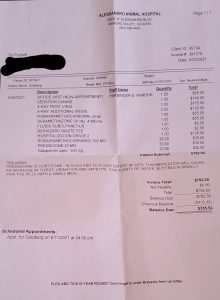 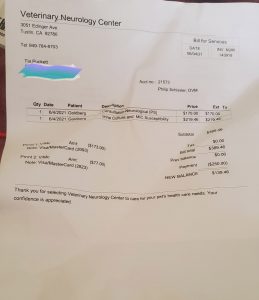 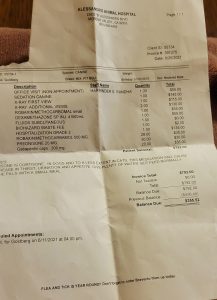 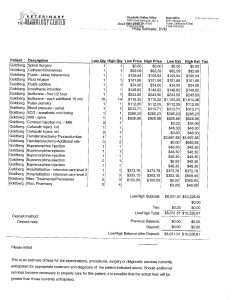