Young rescue dog has dislocated knees. It's painful and will get worse, causing permanent damage, but caught at this age can be corrected with surgery!
Successful 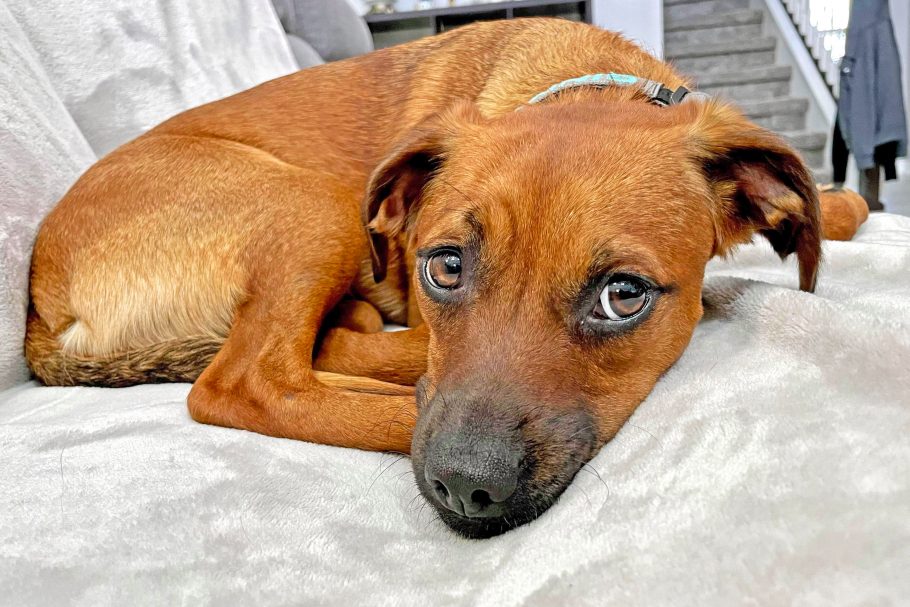 Ginny was rescued by Natasha and her husband from the South Lake Animal League in Florida in August of 2020. Around February of this year Ginny started limping from time to time. It wasn’t anything too bad at first, but by March Ginny was fully holding up her left leg most of the time, and was exhibiting signs of pain, such as licking at her leg. 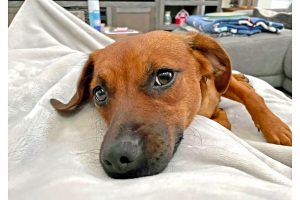 Further, now that they were concerned and paying attention, Ginny’s family noticed that they could actually hear her knee “clicking” in and out of the socket!

Of course they got her to their vet, who determined that it was a Luxating Patella, a dislocating knee-cap.  Their vet recommended an orthopedic specialist, and the specialist confirmed the diagnosis. In Ginny’s case it is a birth-defect, and effects both of her rear legs. The left leg is worse and requires surgery first. The doctor says it is a grade IV (4), which is basically the worst. 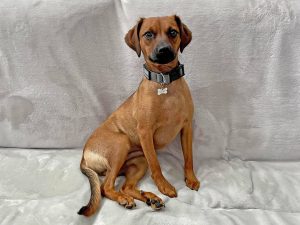 In Ginny’s case, this condition is due to a birth-defect and can only be corrected with surgery. It will not get better, in fact it will only get worse. Typically this condition, when it is a birth-defect, becomes noticeable as the dog comes out of puppyhood, reaching full-size and thus putting full weight on the legs. Without treatment it will only get more painful, and lead to permanent damage like arthritis. The good news is that Ginny’s prognosis is very positive, and she will almost certainly be perfect and pain free with surgery! 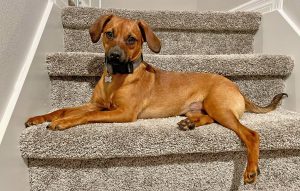 In these cases surgery is done on one leg at a time, letting that leg heal before doing the other leg. The surgeon will do her worst leg, the left, first, and once recovered Ginny will probably need surgery on the second. The total cost will be about $6000-$7000.00 as orthopedic surgery is expensive. For now we are raising money for the left leg and the follow up care, which is about $3300.00.  Ginny’s family are employed, but they have two young children, and of course this kind of expense is both unexpected and a lot!! All donations are specifically for Ginny and we only pay donations directly to the vet, never the owner or other individual! Can you help Ginny get her knee fixed today? 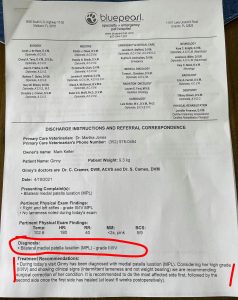 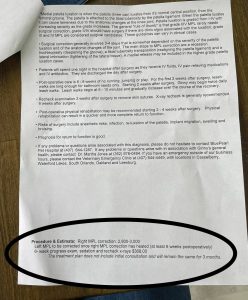 Ginny’s owner got a second opinion at another vet. The diagnosis is the same, but this new vet will do the procedure for about 30% less, saving about $1000. We have lowered the requested amount from $3300 to $2400. You can click to enlarge the new estimate below: 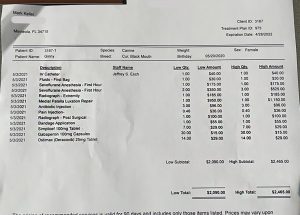 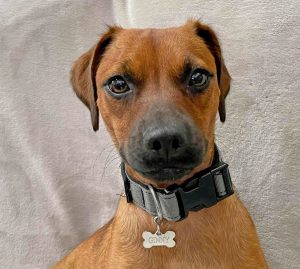 Ginny has a new estimate from another vet, which is $900 less! We have updated her campaign.