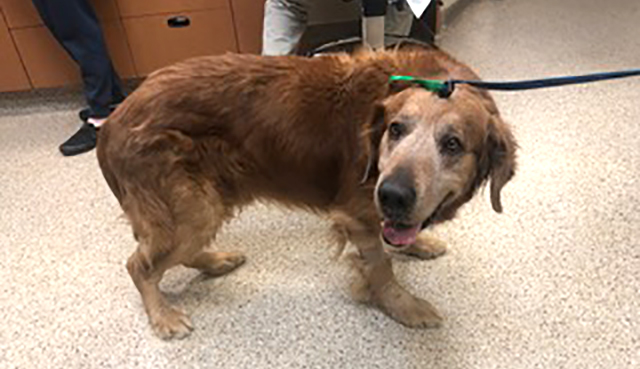 Having Seizures in the Animal Shelter

Gibson was found stray and taken into the San Diego Animal Shelter. In the shelter he was found having a seizure. As a senior dog, the shelter may have considered having to put him to sleep, so the Golden Retriever Club of Greater LA rescued him. 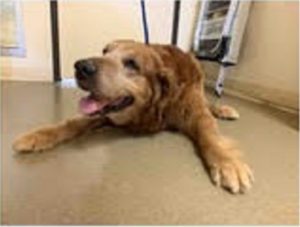 This rescue focuses on rescuing senior dogs, and Gibson is a senior. They got him to their vet and an initial exam showed that he has some sort of neurological condition.
He has tremors, and sometimes his head will tilt or his eyes not track properly. The vet took multiple x-rays, but they were inconclusive. Often x-rays do not show anything in these situations, because a lot of tissue injures and tumors will not show up. But, the vet also believes there is a possibility that Gibson was poisoned, either intentionally or not. 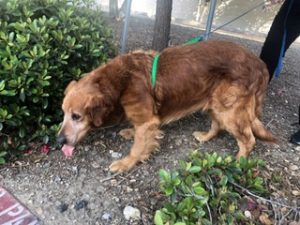 Gibson needs a MRI and possibly a spinal tap.  These tests are needed ASAP to go forward with the best treatment for Gibson! The rescue is asking for help paying for the tests, because they will then have to spend a lot for whatever course  treatment is required. Thank you! 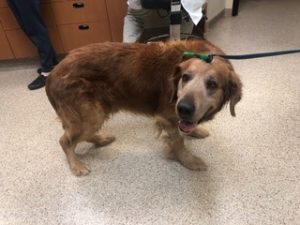 A HUGE thank you to everyone who contributed to Gibson's fundraising campaign! He was able to have the tests he needed, thanks to all of you. His doctors have found a neurological problem but we still don’t know exactly what it is, as we are missing the piece of how long he has been dealing with this.  He has, however, shown improvement from the medications he is taking. Gibson has gone to live in a foster home now and is absolutely THRIVING! He is happy and healthier and doing great! Your contributions to dogs like Gibson make a world of difference in the quality of their lives. Again, thank you for caring so much. ~Golden Retriever Club of Greater Los Angeles Rescue