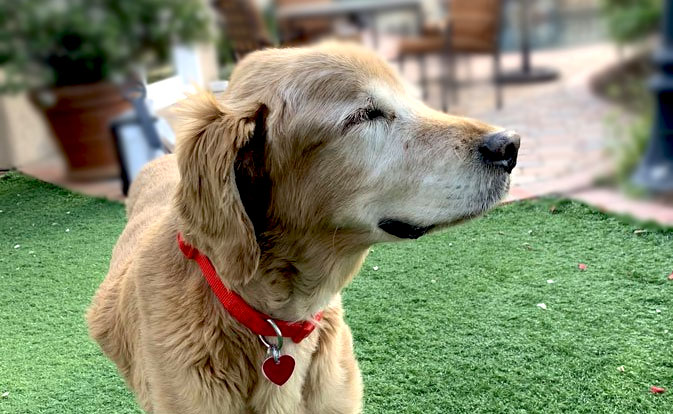 (Please note an important update is available below)

A right ear so neglected from chronic infection!

Inside the ear is now calcified…

Video, scratching at ear in pain:

Gentleman Jack was neglected for some time before he ended up, at 10 years old, a senior dog in the Orange County animal shelter.

He was rescued right at the beginning of 2020 by The Golden Retriever Club of Great Los Angeles, who got him a series of treatments for his numerous issues. He had eye problems, lots of fatty tumors, trouble swallowing….. a whole long list. 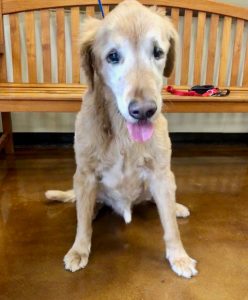 But, one-by-one, his problems were treated and it was looking like a New Year and a New Life for Gentleman Jack!

But there was one problem:

His right ear just would not get better. Treatments didn’t work. He seemed to get in worse pain. He would constantly scratch at his ear, and was clearly in pain.

By April the doctor had tried everything, and it was down to a last resort. Gentleman Jack needed TECA surgery. Total Ear Canal Ablation. In other words: He needed his ear canal removed. 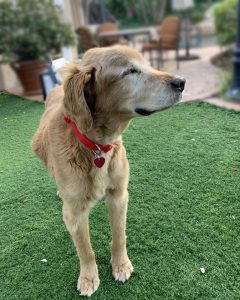 This procedure is difficult and expensive. The rescue has arranged care at a reputable and experienced vet, and arranged a discount of almost $1000.00. However, with all the money already spent on him, they are not able to afford this last surgery to get Gentleman Jack out of pain. All donations are specifically for his ear surgery! Can you help Gentleman Jack today? 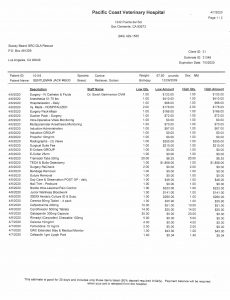 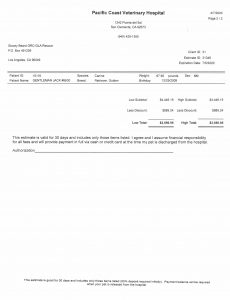 Gentleman Jack has raised enough money for his surgery, and it was scheduled. HOWEVER, he has a case of pneumonia, and he cannot have surgery when he has pneumonia. So he will first be receiving treatment for his pneumonia, and fortunately there has been enough money donated for this to be covered!

Here are medical notes for Gentleman Jack where the doctor explains he is not a candidate for surgery (due to the danger of anesthesia) Jack Medical Notes.